Love art and traveling? Why not combine your two passions by visiting some of the best art destinations Chiang Rai has to offer. Whether you’re inspired by the work of old masters, love contemporary art, or you just want to soak up some healthy creative energy, here’s our list of the 6 best places to visit to satisfy even the most insatiable art lover. 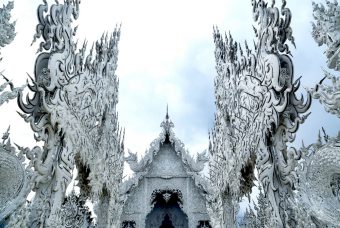 Wat Rong Khun is one of a considerable number of religious places in Chiang Rai. Originating from the great devotion of renowned Thai artist, Chalermchai Kosipipat the temple is dedicated to Lord Buddha with the intention to construct an attainable paradise on earth representing righteousness and the encouragement of good karma. With regard to outstanding quality in art and tremendously elaborate architecture, the consecrated assembly hall in Wat Rong Khun is different from any other temple in terms of having both carved gable apexes and tooth-like ridges. The hall itself is mostly constructed in pure white, illustrative of the Buddha’s purity. Glittering clear-mirrored glass serves as the Awakened One’s wisdom shining over the earth and the universe. Together with these elements, there are sophisticated murals by Chalermchai himself that should not be missed. 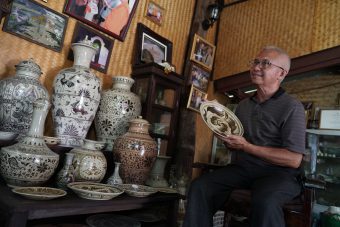 Wiang Ka Long was a lost city which is recently being developed to be a tourist attraction. Once archeologists have found ancient kilns which were used to produce terra cotta pottery and utensils, they estimated that Wiang Ka Long was one of the oldest Lanna cities founded as old as 2,500 years ago. Lots of tourists decide to stop to check out Wiang Ka Long during their trips from Chiang Rai to Chiang Mai as it is located along the way on Doi Saket Highway No. 1014.
Wiang Kalong pottery is underglazed ceramic pottery that features various food containers, dinner service, kitchenware and household objects such as dinner plates, footed trays, cups, vases, jars, khontho (long-necked water vessel), nam ton (water pots), as well as underglazed ceramic figures, such as human and animal figures. The major source of production is in Wiang Pa Pao District, Chiang Rai Province. 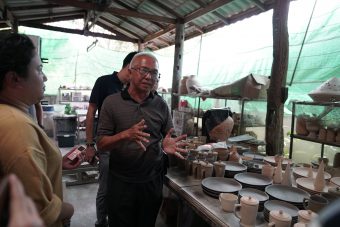 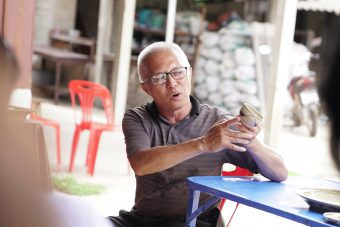 Don’t forget to visit Thun Thijittung, the Guru of ancient way of  Wiang Kalong pottery to learn how to make the pottery and enjoy the demonstration. 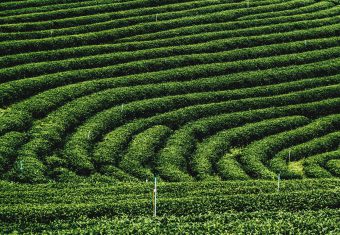 Choui Fong Tea Plantation is a centre of high quality tea cultivation of the Choui Fong Company Limited, the biggest tea producer in Chiang Rai. With more than 40 years experience in tea cultivation, today the Company is a tea producer, distributor, and exporter. Its main clients include industrial users. The breathtaking vast landscape of more than a thousand rai featuring lines of tea growing along the curve of the mountain ridge and descending like a terrace make it more outstanding than other tea plantations. 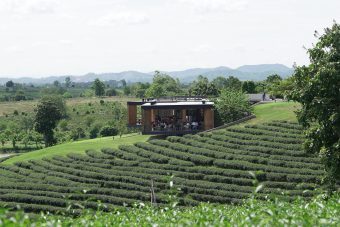 You will absolutely fall in love with it if you go. The scenery around Choui Fong Tea Plantation is really beautiful. You will see millions of tea plants being grown in descending lots. And you will also see valleys from a great distance. Let’s learn and enjoy the original way to brew the tea.

Founded by Achan TawanDuchanee, a national artist in fine art and visual art, who created numerous pieces of paintings and sculpture artworks,the Museum is a cluster of houses in the Lanna style. Every house was painted in black,of which the placewas named after (Ban Dam means Black House) and it was a favourite colour of the artist as well. Each house was decorated with exquisite carved wood and animal horns; such as, buffalo’s horn and deer’s antlers, as well as animal bones like elephant’s bones. 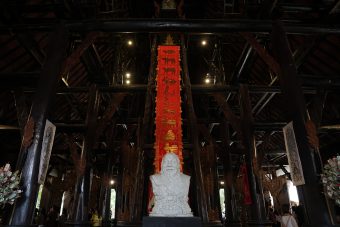 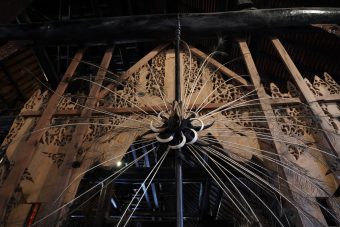 In October of 2005, a small village in Chiang Rai turned their attention to building a distinctive blue and gold temple inspired by tradition. Full of surprises and named for the tigers that once roamed there, Wat Rong Suea Ten is a six-acre property located in Rim Kok, a subdistrict of Chiang Rai. More commonly referred to as the Blue Temple, its monastery and pagoda were built upon the ruins of an ancient temple, abandoned 80 to 100 years prior. 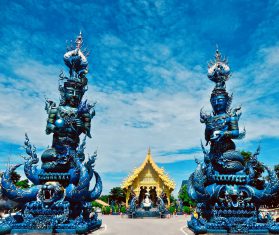 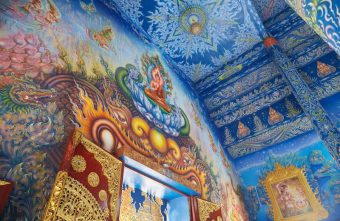 This lesser-known temple is still not widely promoted, so there are less tourists compared to both Wat Rong Khun (White Temple) and the Baan Dam (Black House) Museum. The monastery was designed by Phuttha Kabkaew, a protégé of Chalermchai Kositpipat, and derives its name from the inhabitants of Rong Suea Ten village. Unlike at the White Temple, visitors are allowed to take photographs of the viharn’s interior. 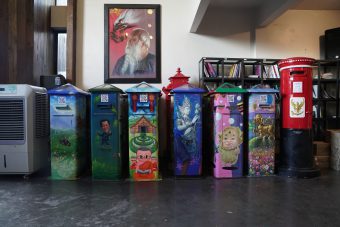 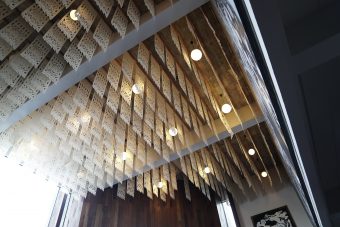 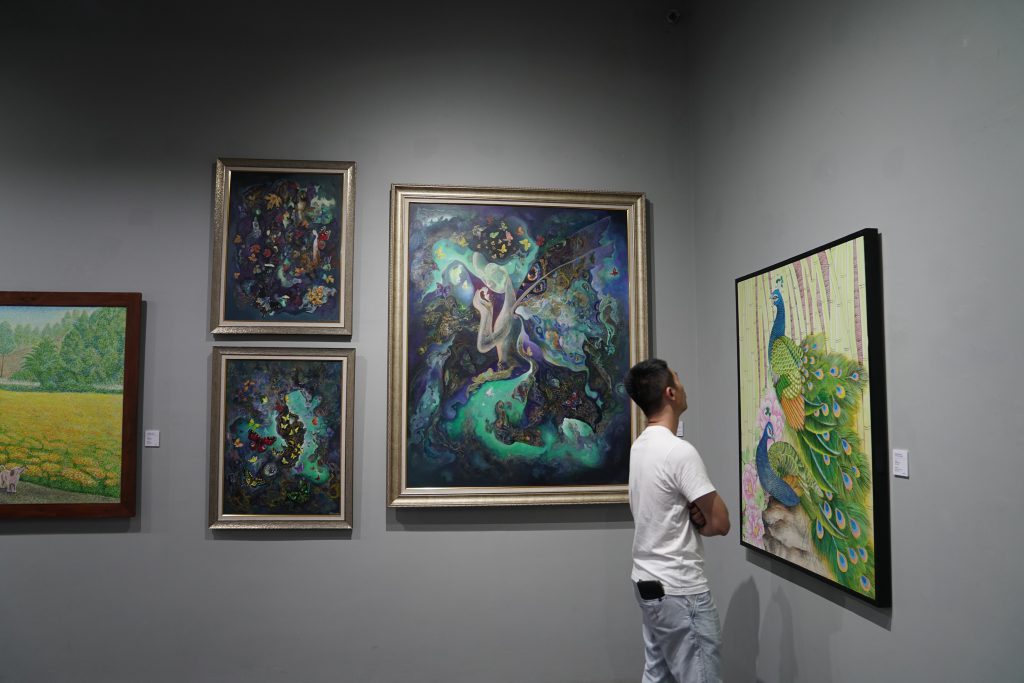 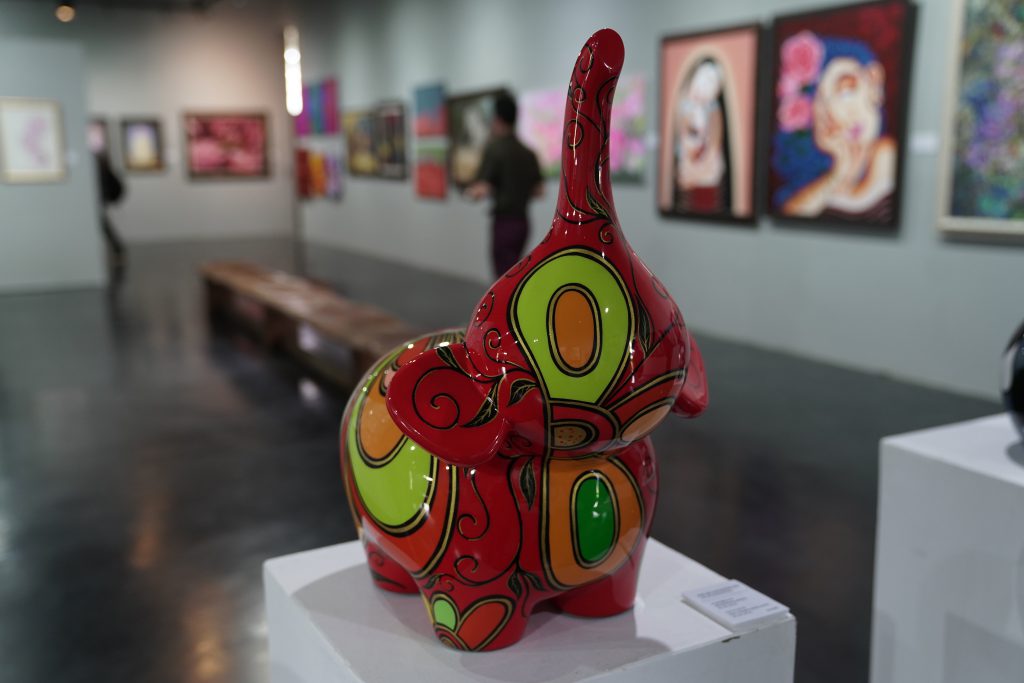 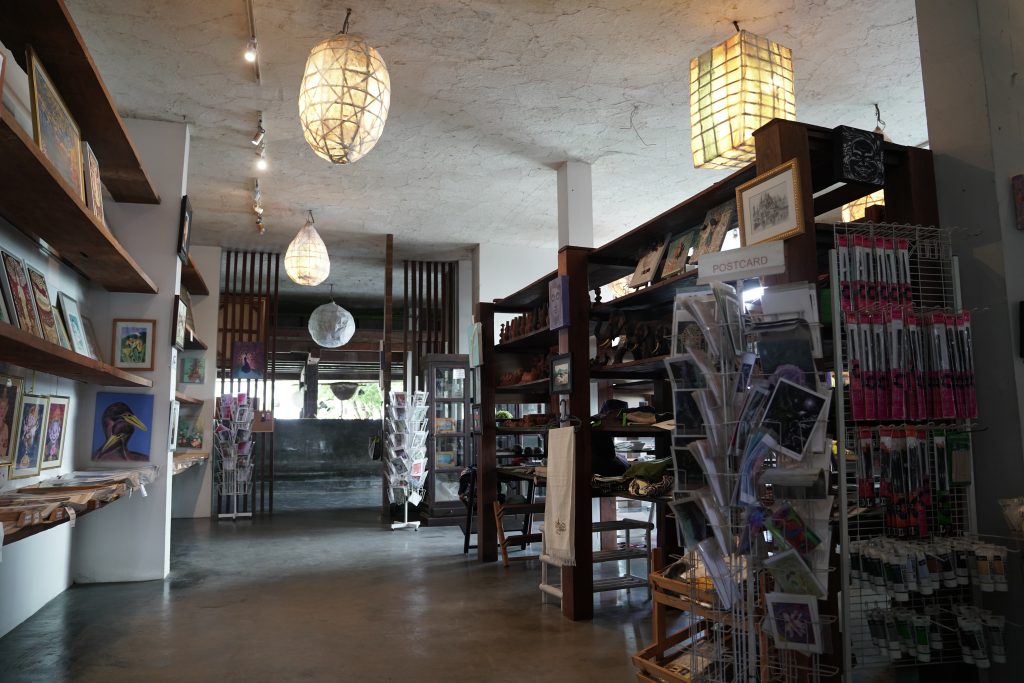 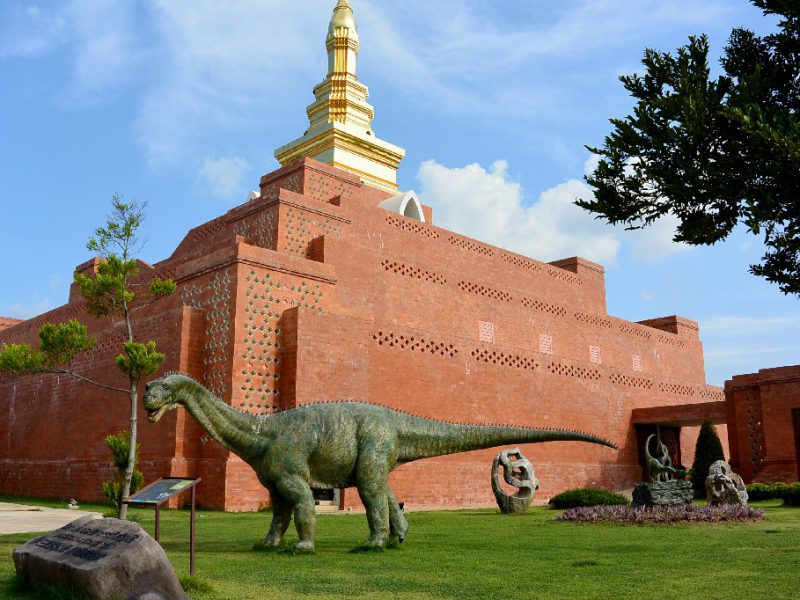 Once a highly prosperous capital city of the country, today Sukhothai welcomes visitors to get up close to the glory of the bygone era – packed with traces of ancient history, as well as verdant scenery. In one fell swoop, Sukhothai features plentiful charming spots to experience and unwind. And here is the recommended checklist that is tested and tried. ● SUKHOTHAI HISTORICAL PARK The remaining structure depicts the glory of the Sukhothai era and how Buddhism flourished during the period. Inside the majestic 70 sq km area of Sukhothai Historical Park sit the significant vestiges, which are recognised as an UNESCO World Heritage Site. Noen Prasat is the remains of the former royal palace, and small-sized Wat Sa Si appeals to visitors with its graceful and unique beauty. The washed-out remains of Wat Mahatat still look grandiose and serene. ● KING RAMKHAMHAENG MONUMENT At the heart of the Sukhothai Historical Park is the bronze statue of King Ramkhamhaeng the Great, who is regarded as a benevolent ruler in Sukhothai era and as the “Father of the Thai Language”, as his major achievement was the compilation of a system of writing and a new set of Thai alphabet which he adapted from the various forms of Khmer script that were previously used. His invention is still being used in the present. The Monument is grandly done and you are welcome to pay homage to the late king and to ring the solid bell as a gesture of respect. ● WAT SI CHUM Actually part of the Sukhothai Historical Park but situated about two kilometres away from the central compound, and requiring a new entrance ticket (THB 20 for Thais), Wat Si Chum is the notable ancient temple with gigantic sacred Buddha Statue which is housed in the fitted chapel. Local Thais and tourists alike come here to worship with flowers, incense and candles. This is one of the most photogenic temples in Sukhothai, thus don’t forget to get a snap with respect to the place. ● RAMKHAMHAENG NATIONAL MUSEUM Situated right opposite the ticket office to the historical park, the Ramkhamhaeng National Museum is unfortunately often neglected, which is a real pity as it houses numerous valuable ancient objects that were found within the compound and from nearby archaeological sites. In addition, to present a linear development of cultures in Thai territory and the link between the regions in the past featuring objects from archaeological sites of other regions are also displayed. The exhibition is divided into five zones; the Graphic Exhibition in Lai Sue Thai Memorial Building, The Ramkhamhaeng National Museum Building where antiquity gallery took place, Stucco Sculpture Gallery, Wooden Pavilion and the Museum’s Yard with replica of Sangkhalok kiln, elephant at the base of chedis. The entrance fee is THB 30 for Thais and THB 150 for foreigners. The Museum opens daily from 9am-4pm. ● MAI KLANG KRUNG RESTAURANT A very local eatery where you can savour the true taste of Sukhothai, while imbuing the artifacts decorated within the restaurant compound which make perfect Instagrammable shots. A choice of food