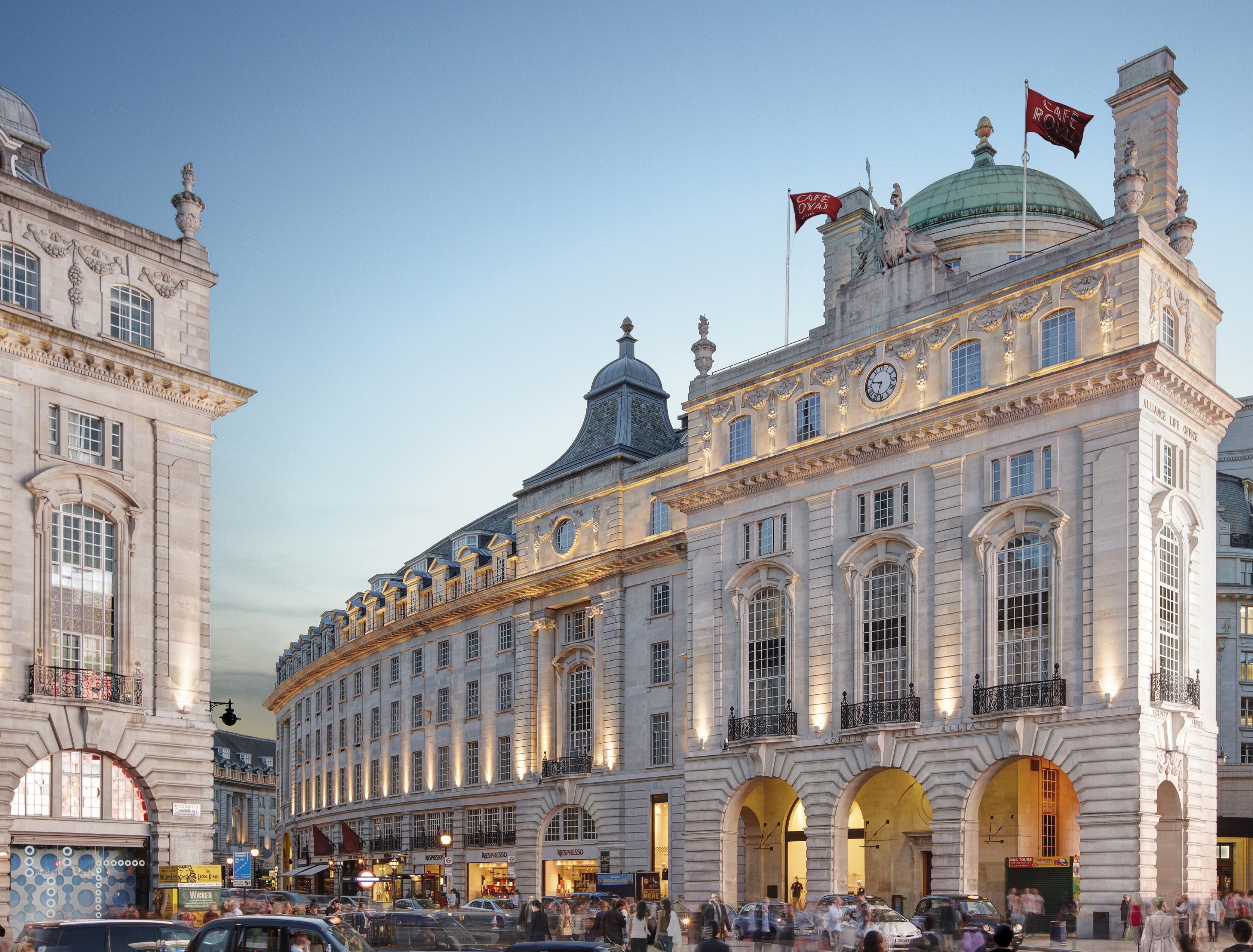 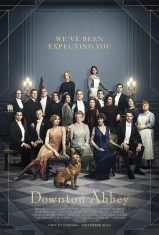 In anticipation of Downton Abbey’s big-screen debut this September, fans of the series will be delighted to hear that Hotel Café Royal is offering the ultimate British escape to experience what life was like for British aristocracy in the 1920s.

Opened in 1865 and previously the haunt of famed British patrons, from Princess Diana and Winston Churchill to Oscar Wilde and Virginia Woolf, Café Royal, London has been an established and iconic landmark on the capital’s social scene for over a century. Located in the beating heart of London in between Mayfair and Soho, the hotel is perfectly positioned for guests to enjoy an action-packed itinerary of history and glamour inspired by the characters and storylines of Downton Abbey.

The ultimate experience for Downton Abbey fans, the Royal Package offers two nights in one of Hotel Café Royal’s historic suites and two days packed with activities inspired by the show. The adventure begins with a day trip to Highclere Castle, the sprawling country house and estate where Downton Abbey’s Crawley family call home, for a tour of the much-loved grounds where so many memorable lines were uttered. Guests will be escorted in their own private Rolls Royce or helicopter for the day and will return to Hotel Café Royal to enjoy their award-winning traditional afternoon tea with a bottle of champagne.

The next morning, guests can enjoy a chauffeur-driven tour of nearby Mayfair of British institutions Burberry, Fortnum & Mason, Prestat and Penhaligon’s, all of which hold the London Royal Warrant and are approved suppliers to the British royal family. Once guests are in need of a refreshment, they will be escorted to St James’ Park, next to Buckingham Palace, to enjoy a Butler’s picnic and champagne in the grounds of Marlborough House, the birthplace of King George V who is expected to visit the Crawley family in the movie. That evening, guests are invited for a private cocktail masterclass at Hotel Café Royal’s Green Bar where they will learn how to master the art of 1920s-isnpired mixology, and of course sample some too.

On their final morning in London before departure, guests will enjoy a private etiquette lesson to learn how the characters in Downton Abbey would have behaved in Edwardian England. During an afternoon filled with history lessons about early 20th century customs and culture, guests will learn about everything from making conversation to the correct handling of flatware.

The Aristocracy Package, from $3600

Guests choosing the Aristocracy Package can enjoy a two-night stay in one of Hotel Café Royal’s Grand Deluxe Guestrooms, private transfer and tour of Highclere Castle, Royal Warrant Shopping, afternoon tea in the Oscar Wilde Lounge, daily breakfast, and a copy of the Downton Abbey cookbook and cocktail book to take home. 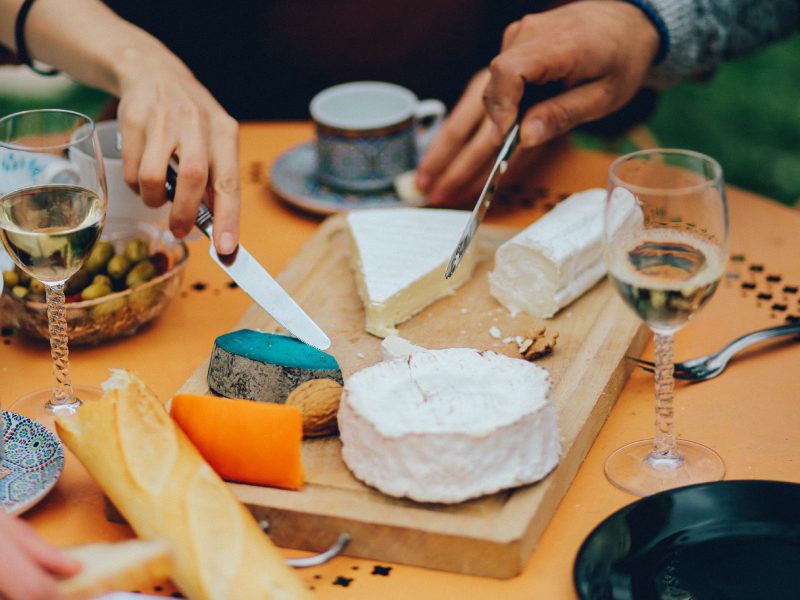 The Un-Brie-Lievable Destinations Behind Your Favourite Cheeses

Research reveals that nearly six in 10 global travelers pick their vacation destination because of the great food and drink on offer. So for the cheese-lovers amongst us, why not journey further than the fridge or local cheese shop to uncover the origins of some of the world’s favorite cheeses? In celebration of the most cheesiest month, we have identified some of the cheesiest stays for cheese lovers around the world to indulge in while exploring the destination that created some of their favourites. Gouda, Netherlands For cheese fans, this Dutch city is all Gouda, with its namesake cheese accounting for a massive 60% of Dutch cheese production**. Produced in the surrounding region, travelers to Gouda can purchase wheels of the local delicacy at the city’s Thursday morning market that takes place from April through to August. Having first started in 1395, this bustling market has kept its traditional charm, with farmers and traders ‘clapping hands’ to confirm a sale in front of the historic city hall buildings. Travelers should also visit “de Goudse Waag”, which means the Gouda scale, built in 1669 and originally used for weighing - you guessed it - cheese. Now it’s home to the tourist information office as well as the Cheese and Crafts Museum, which offers cheese tasting, tours and craft demonstrations. Where to stay: The Tannery Lane holiday home is the perfect home from home for cheese loving travelers, just a short stroll from the location of the Thursday morning market. This guesthouse, which is found on the city center’s smallest street, was originally built in 1879. From the outside it boasts a traditional charm, while inside the property houses all the modern conveniences needed for a comfortable stay in Gouda. Cheddar, UK Cheddar cheese is now the UK’s most popular cheese choice, accounting for 51% of the annual cheese market locally***, but has humble beginnings in the village of Cheddar in Somerset. Local legend says that Cheddar cheese was discovered by accident when a milkmaid accidentally let a pail of milk stored in the cool caves go bad, turning it into hard cheese. Adventurous visitors to the village of Cheddar can explore these chilly caves at Cheddar Gorge, the largest gorge in the UK. After exploring and working up an appetite, cheese-lovers can stop by the Cheddar Gorge Cheese Company, where visitors can see the cheese being made from start to finish at the working dairy and visitor center. Where to stay: Just a short walk from the Cheddar Gorge caves, The Bath Arms Hotel offers adult-only accommodation that is as charming as the picturesque village itself. With an onsite restaurant and bar, visitors will find all the amenities they need for a comfortable stay. The restaurant serves a daily menu with traditional pub favorites and during the warmer months guests can even dine in the outdoor beer garden. Monterey, California, USA Named after both its place of origin and the entrepreneur who began selling it commercially, Monterey Jack cheese has become a staple of many Americans’ fridge or cheese board. This white, semi-hard cheese made 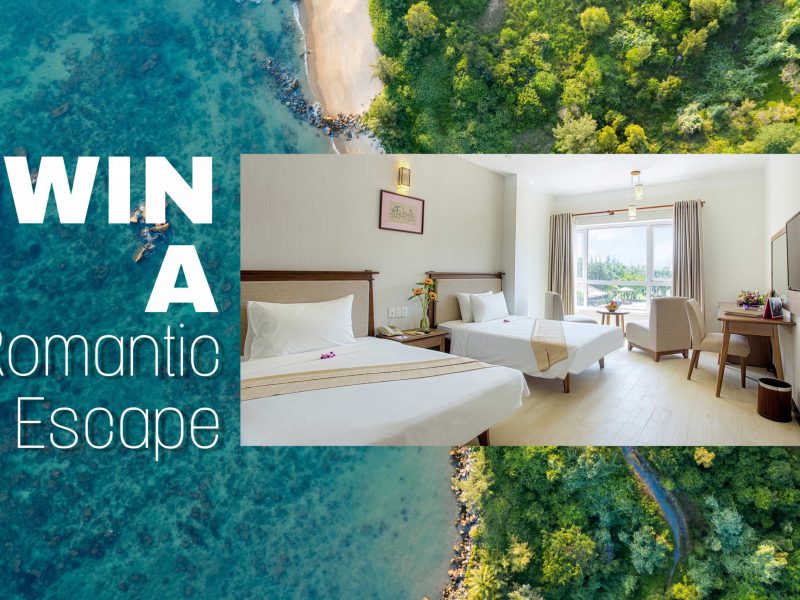 Alas, there can only be one lucky winner and congratulations to Khun Mameaw Meawmeaw. You have won a 2-night stay at Centara Sandy Beach Danang, Vietnam. Please send us a message on or before 15 February 2020 to claim your prize. Thank you everyone for participating in our lucky draw. Keep an eye on lifestyle+travel page. Never know, it might be your name up in lights (more or less!) next time! The competition ended on the 10th February 2020 and the lucky winner has been selected and annouced on 11th February 2020. Thank you for your interest. 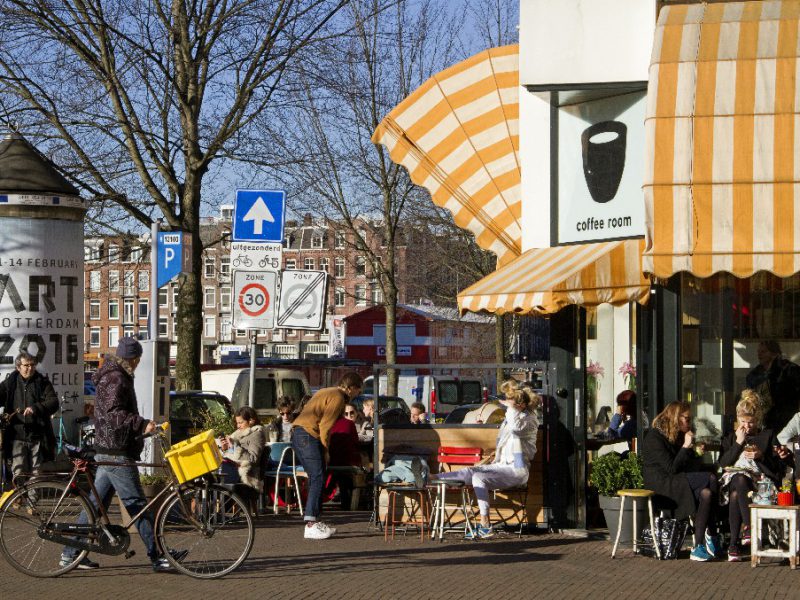 A Slow Walk Through Central Amsterdam

Amsterdam is a lively city with a central downtown district that does not find time to rest. Here, remnants of the city’s maritime past are interwoven with elements of contemporary life that include bars, shops, cafés and vices with a broad spectrum of appeal. The liberal Dutch society tolerates cannabis usage and prostitution, much to the delight of those from neighbouring countries who travel here to celebrate buck’s parties or inquisitive tourists hailing from countries that are more conservative. While the legality of cannabis is hazy, this raunchy side of Amsterdam appeals to some while most are simply inquisitive and curious onlookers. When most travellers think of Holland and its largest city Amsterdam (The Hague is the capital), images of windmills, wooden shoes called clogs, wheels of Gouda cheese and fields of multicoloured tulips spring to mind. However, the reality is that the closest encounter most visitors will have with these Dutch icons is the endless rows of souvenirs displayed in tourist precincts like Bloemenmarkt, a floating flower market. However, visitors will definitely encounter bikes, dykes and lights while exploring the sights of this lively, multicultural and cosmopolitan city of just 800,000 residents. CENTRAL AMSTERDAM Holland has always intrigued me and even more so, when I realised that a quarter of the country is below sea level with its gateway Schiphol Airport situated on a former lake, several metres below sea level. As my KLM plane approached Schiphol, I checked beneath the seat for the lifejacket, just in case. Of course, planes do not land on water thanks to Holland’s ingenious network of ancient dykes and polders that keep the seawater at bay. I checked a map of Amsterdam to appreciate that the city and surrounding areas are indeed a network of canals, lakes, rivers and dykes holding back the waters of the North Sea. Amsterdam’s famous dykes are not so obvious but without retaining walls and floodgates to keep out the seawater, there would not be much to see of Amsterdam as basically it, and much of Holland, has been reclaimed from the sea. This reclamation has been ongoing for centuries and explains why the Dutch are such great hydrological engineers. I also discovered that one of the functions of windmills in days gone by was to pump water from the land out to sea to keep the seawater in check. Canals are one of the main attractions and a canal cruise is the best way to admire just how important these were for Amsterdam’s original settlers. While the River IJ divides Amsterdam, most visitors do not appreciate it as the main tourist attractions are in central Amsterdam just to the south of the river. From an elevated vantage point at the rear of the main railway station, I appreciated that the River IJ waterfront divides central Amsterdam and Amsterdam Noord. Both parts of the city are visible from the Centraal Station located in a lively port precinct where large ocean-going cruise ships moor at the nearby docks. Visitors emerge from the city side of Centraal Station on