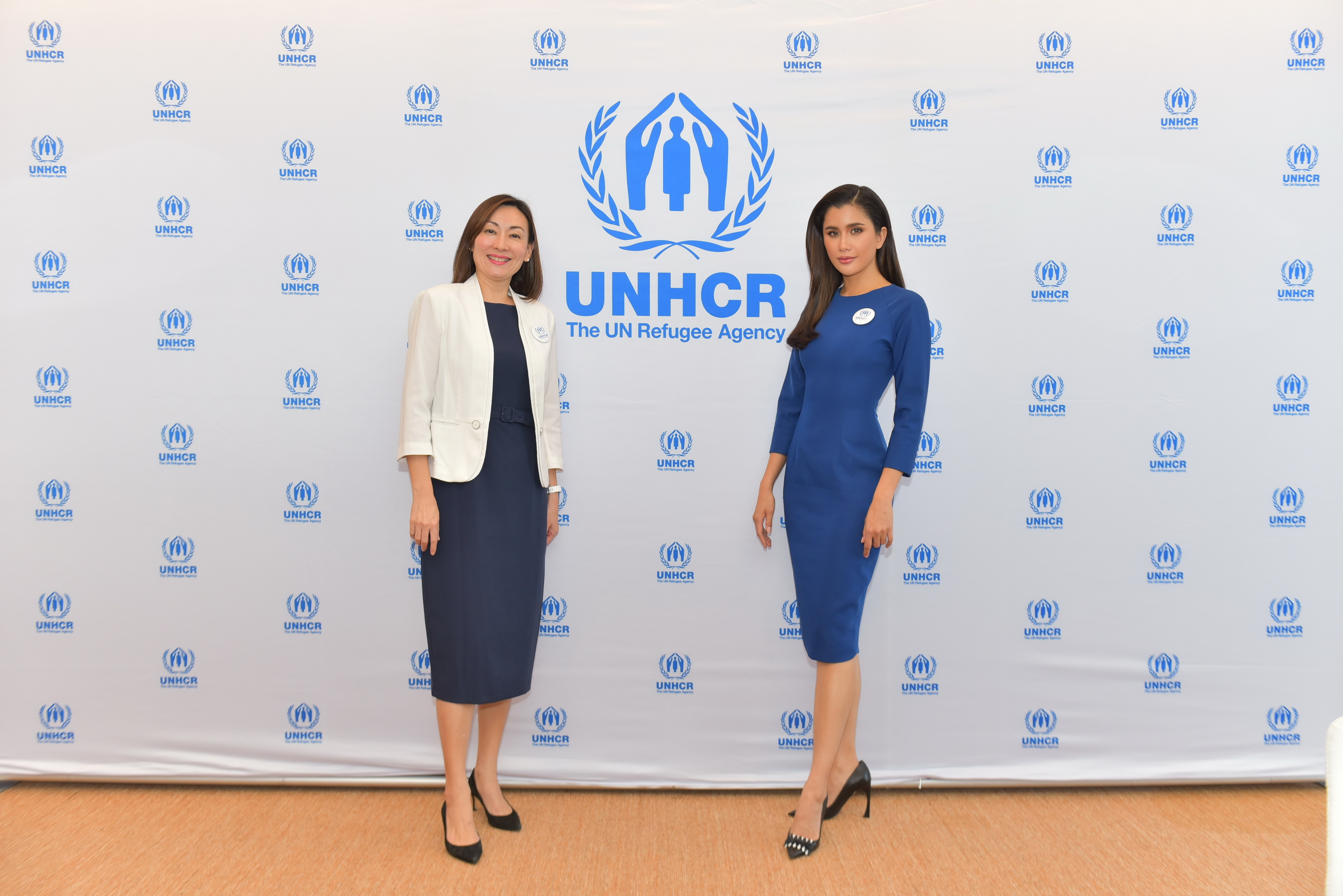 Brief Summary of UNHCR Mission to Colombia With Praya Lundberg

People continue to leave Venezuela to escape violence, insecurity and threats as well as due to a lack of food, medicine and essential services. Over 4 million Venezuelans currently live abroad, the vast majority in countries within Latin America and the Caribbean. Their outflow since 2014 accelerated in 2017 and 2018, when an average of 5,000 people left Venezuela every day in search of protection or a better life. This is the largest exodus in the region’s recent history, second to the world’s largest refugee crisis in Syria and this population is in dire need of assistance.

UNHCR, the UN Refugee Agency, invited Praya Lundberg, UNHCR Goodwill Ambassador to visit Colombia, the country hosting the largest number of Venezuelan refugees in the world, from 23 – 27 September 2019 to monitor UNHCR’s responses to address the protection needs of Venezuelan refugees and displaced people and to collect information and footage to develop a short documentary.

This is the third international mission of Praya as UNHCR Goodwill Ambassador after following her previous missions to visit Syrian refugees in Jordan and Rohingya refugees in Bangladesh in recent years.

“At Saimon Bolivar International Bridge, the most transited border point across the Táchira River on the Venezuela–Colombia border, I witnessed thousands of people attempting to seek for safety and security in Colombia. I saw pregnant women, people with disabilities, children and sick people forced to flee their homes as they cannot live their lives in Venezuela anymore without access to water, electricity, medicine or food. Many children became sick and died as they had no access to milk. In recent years, Venezuela’s hospitals have been struggling with shortages of supplies and staff, as well as constant electricity cuts. Between 2015 and 2016, maternal deaths grew by 65 per cent and child mortality after six days of being born increased by 53 per cent, according to government data. 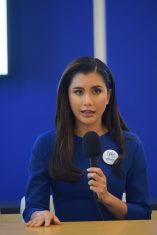 In a UNHCR emergency shelter at the border, field staff work very hard to support the most vulnerable Venezuelans. I met children with disabilities, malnourished children and adults and I met one family with a child with disabilities. I offered him a big hug to give support – all I only felt were his bones.”

“I met Angy, a 24 year old mother of two children, who has stage 4 cancer. She was forced to flee with her 50 year old mother and two children because there was no treatment and medicine available for her in Venezuela. She fled to Colombia to spend the rest of her time with the family. During our conversation, she covered her face with a handkerchief at all times to cover her sickness.”

“I met a vulnerable lady called Adriana, who was with her husband and 3 children from Venezuela. They were found sleeping on the street. UNHCR provided them with medical assistance and protection. Adriana’s family had fled to Colombia due to violence in Venezuela. They left without any belongings, so they had no choice but to live their lives on the street. She spent every night half–awake, terrifying of irregular armed groups who always passed by to ask her to sell her children’s organs for money. Once she was rescued by UNHCR, she said this was the very first night that she felt safe.”

“I visited Brisas del Norte, an informal settlement that is home to 250 Colombian and Venezuelan families. Jairo Ibarr fled from Colombia to Venezuela when he was 10 years old because his father was killed and his uncle was kidnapped. In 2014, insecurity and threats in Venezuela forced him to flee back to his home country with his ill child, leaving his wife and another child in Venezuela.

Jairo was an accountant living a comfortable life in Venezuela, but his life turned upside down when he came to Colombia. He had to live in an informal settlement with a paralyzed child. He remembers well how his child was suffering living in that condition. For us, we cannot imagine how he can live his life like this, but for him, the informal settlement is a palace! He was living under a plastic sheet when he first moved back.

Jairo showed me how strong a person can be. Even though he doesn’t like handicrafts, he participated in craft apprenticeships to make a living for him and his child. He fought for everything just to keep both of them alive – even though he can’t see the light at the end of the tunnel.

UNHCR helps by supporting the meeting of basic needs, dedicated protection and services; supplying water and electricity; building a football field for 300 children in the area and promoting the integration of refugees and migrants in their host communities.

Now, he has a chance to see his wife and another child only twice a year by waving at each other across the border.”

“I saw Venezuelans crossing the border to Colombia, living without shelter on the street and carrying no identification. They have been through so much to get here – experience of threats, kidnappings, the organ trade and human trafficking. Some people woke up to find that they had lost their own child.

I met María and Ismael, her handicapped 3–year–old child. María lost her husband and was forced to flee to save the life of her youngest child. She had no choice, but to leave another daughter with her parents in Venezuela without knowing when she will be able to return.

She had to buy medical supplies in a very high cost in Venezuela for Ismael. When she arrived in Colombia, she started selling cookies near a school to pay rent for both of them, but she couldn’t continue doing it. Ismael needs special medical attention and María hopes to find resources here in Colombia to treat him.

UNHCR identifies people who may require dedicated protection and services, provides documentation, protection, shelter, food and medicine and promotes the integration of refugees and migrants in their host communities.”

As more and more families arrive with fewer and fewer resources, they are in immediate need of documentation, protection, shelter, food and medicine. UNHCR is working around the clock to provide protection and we cannot do this alone. As part of this plan, UNHCR requires an initial US$158.2 million or THB 4,900 million in 2019 to continue responding to the most urgent needs of refugees and migrants from Venezuela and THB 1,300 million is still crucial to providing assistance to all of those in need.

*Your monthly donation via a credit card will help us to provide ongoing relief and durable solutions to refugees.

“No one chooses to be a refugee, living an uncomfortable life outside his/her own home, having no one to turn to. Every mission I participate in is a reminder of how my role can help contribute to improve the lives of refugees. I will continue to stand with refugees” 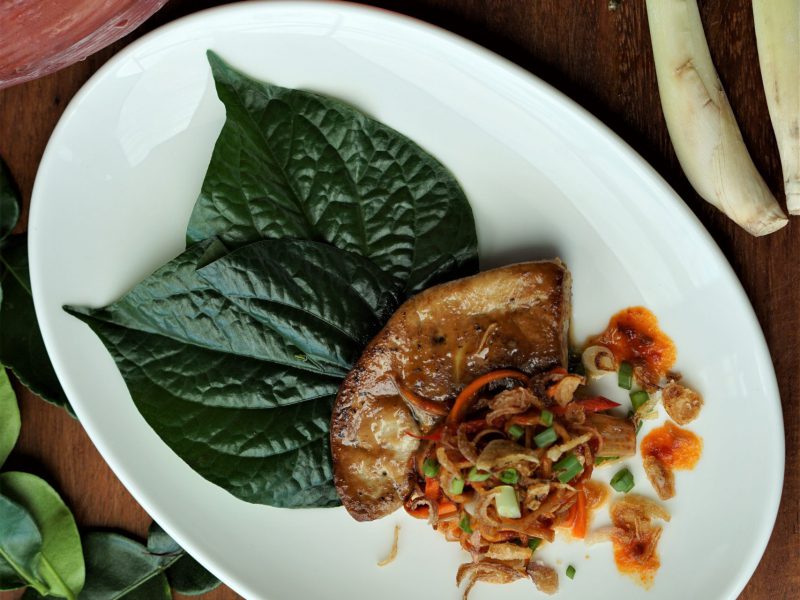 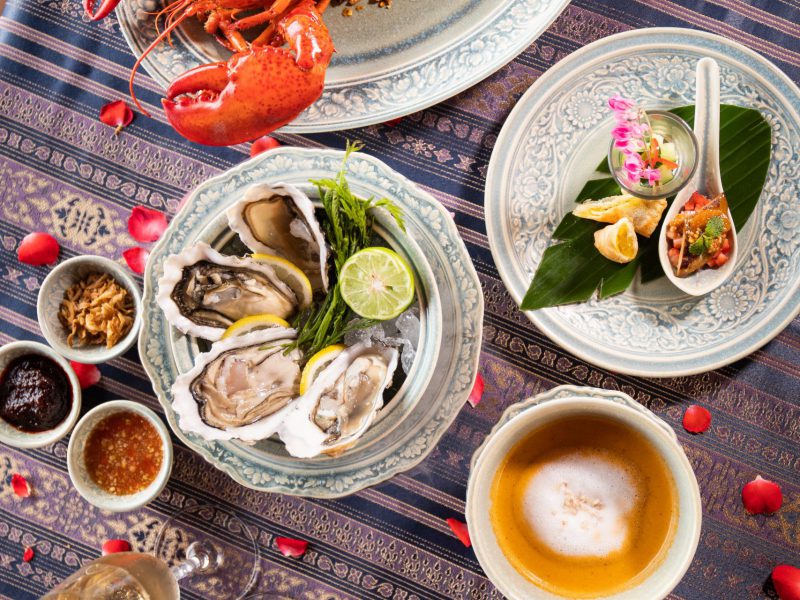 New Ways of Luxury Dining at Anantara and Avani+

In order to maximise safety, Anantara Riverside Bangkok Resort and Avani+ Riverside Bangkok Hotel offer award-winning luxury dining in the new ways, adhering to safety measures and social distancing guidelines, while keeping the experience as extraordinary as ever.   Private Cruises on Chao Phraya River For a special occasion, the Manohra Sun, Moon or Star are yours for the evening with your personal chef. You can choose from the fresh Portuguese-Brazilian flavours of Chef Alexandre Castaldi of SEEN, or indulge in modern Thai cuisine by Chef Ton of Michelin-starred Le Du. Prices start at THB 2,800 per person, with a minimum spend of THB 45,000.   Trader Vic’s Aloha Brunch Trader Vic’s brings all intrigues of Anantara's Sunday brunch straight to your home. A chef and bartender will set up a buffet and tiki bar, and serve up all your favourite Pacific-Rim dishes and rum cocktails. Prices start at THB 3,500 per person, with a minimum spend of THB 30,000.   The Riverside Tables You can enjoy the privilege of a candlelit dinner by the river or a private little party with your beloved ones on a rooftop at a beautiful place all to yourself.   Please note that for all dining experiences, the Anantara team has enhanced health and safety precautions according to Ministry of Health standards, including thorough disinfecting, daily temperature checks for staff, and the use of masks, gloves and hand gel. For reservations or more information, call +66 (0) 2 476 0022 ext. 1416 or email riversidedining@anantara.com