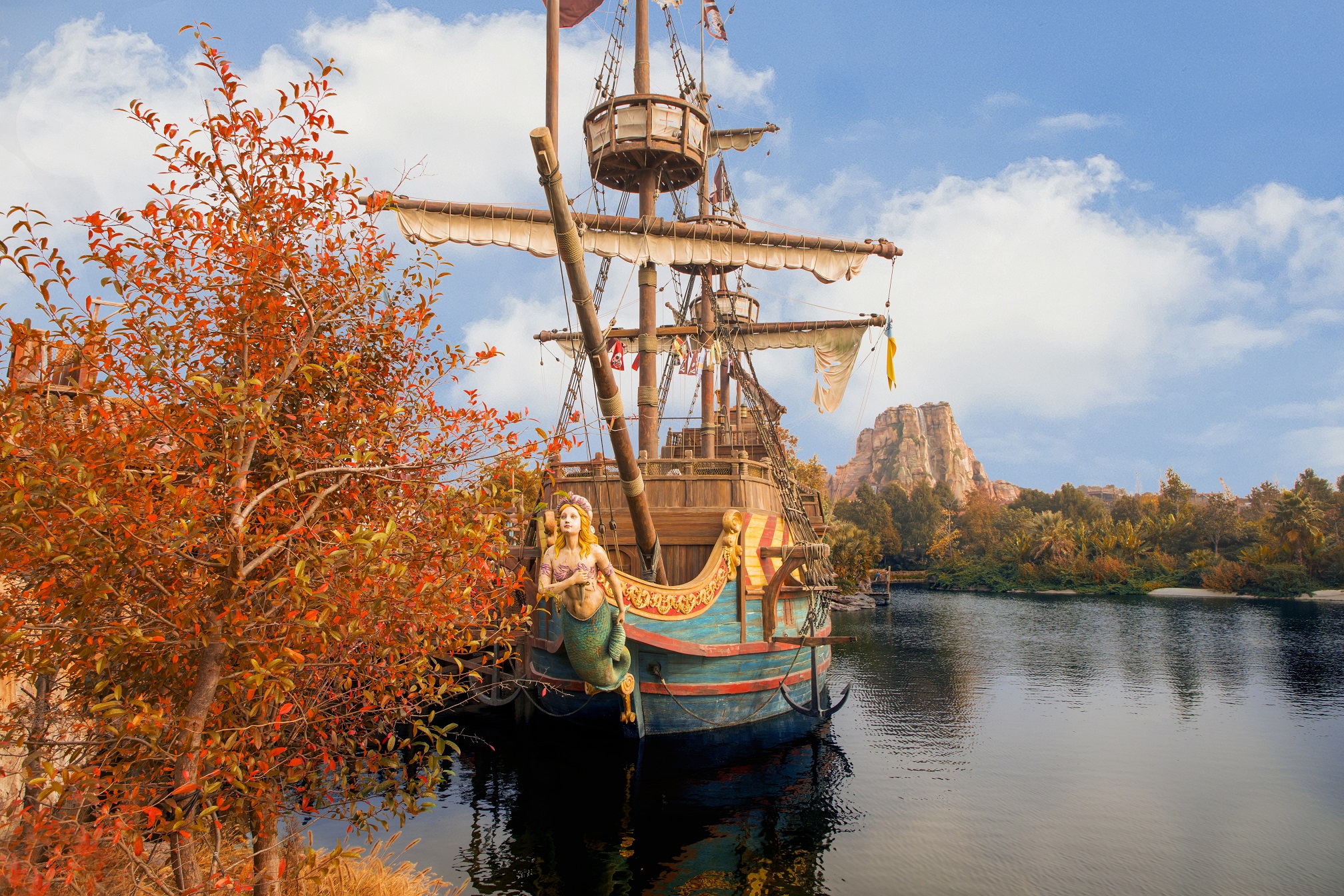 Here’s a secret among Disney fans – autumn is one of the best seasons to experience the magic and wonder of Shanghai Disney Resort! A season of Chinese and international festivities and celebrations, with comfortable cool weather, special offers and the incredible value of an Annual Pass, this is truly a magical time to rediscover Shanghai Disney Resort, or explore the resort for the very first time. Worried about the crowds? Here’s another secret – autumn offers lower wait times and higher guest satisfaction! Here are just some of the incredible experiences waiting for you.

Following the maiden flight of the Duffy·Friendship Express, guests are invited to indulge in all things Duffy with the resort’s first-ever “Duffy’s Heartfelt Moments” celebration from September 2 – 30. The special month features a new Duffy and Friends-themed morning performance, decorations, a new Rainy Day merchandise collection and a variety of Duffy-themed food and beverage offerings at various locations around Shanghai Disney Resort. With special dining options including afternoon tea at Mickey & Pals Market Café in Shanghai Disneyland, and Lumière’s Kitchen Duffy Weekend Brunch and StellaLou Afternoon Tea at Ballet Café in Shanghai Disneyland Hotel, there’s something cute for the whole family this September.

Celebrate the most haunted of holidays at Shanghai Disneyland this October with resort-wide decorations, a myriad of character pumpkins and a special Villain’s Cavalcade led by Donald Duck beginning October 2. Guests are also invited to the resort’s first-ever late night Halloween party on October 31, featuring a new fireworks show to conclude the spooky day.
Throughout October, guests are invited to don their spookiest costumes and delight at “Donald’s Halloween Treat Cavalcade” featuring Donald and Daisy in their Halloween costumes. They lead the way along the parade route for this frightfully fun celebration with Disney Villains, over 50 dancers and of course their pals Mickey and the gang. Guests will also be able to celebrate the return of the hugely popular “Coco”-themed area in Adventure Isle and the return of Jack Skellington and Sally from “Tim Burton’s The Nightmare Before Christmas” at the “This Is Halloween” Dance Party in Tomorrowland. A selection of trick or treat locations will also be popping up around Shanghai Disney Resort, where guests can immerse themselves in the wicked Halloween tradition of tantalizing tricks and tasty treats. On Halloween Night, party zones will appear across Shanghai Disneyland, featuring DJs, Disney characters and live musicians, and the night will conclude with the “Halloween Villains Firework Show” featuring music, projections, fire and plenty of fireworks! 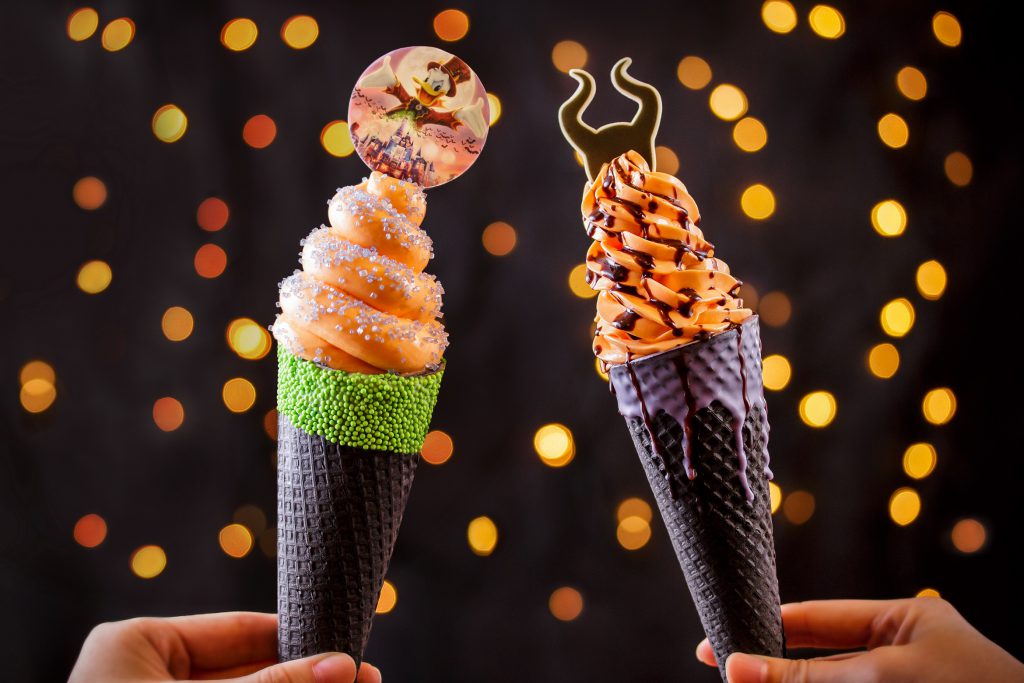 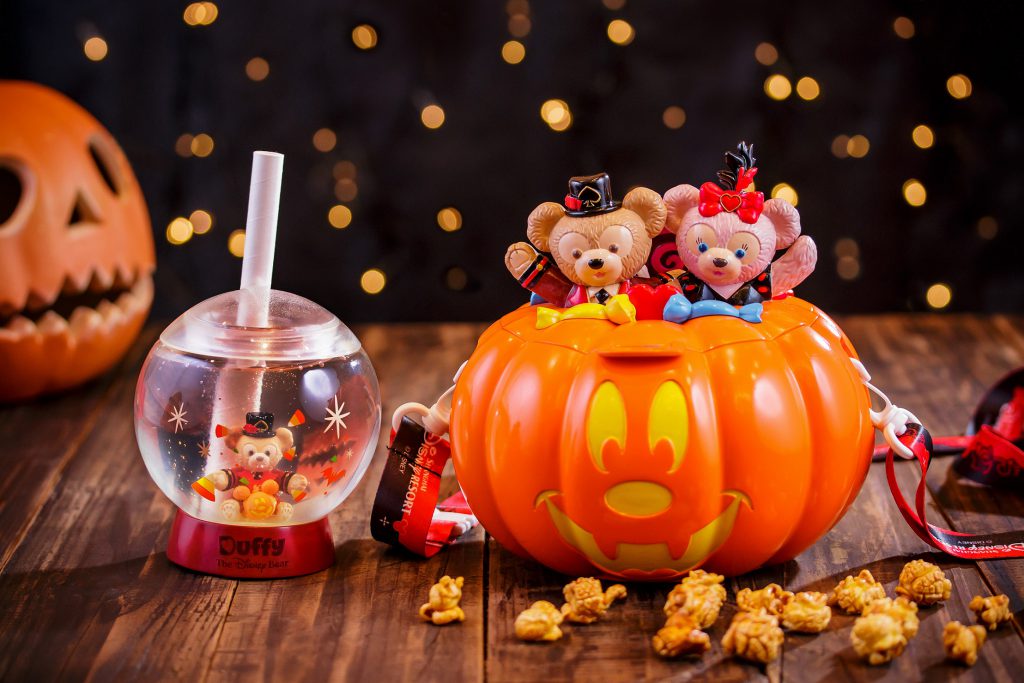 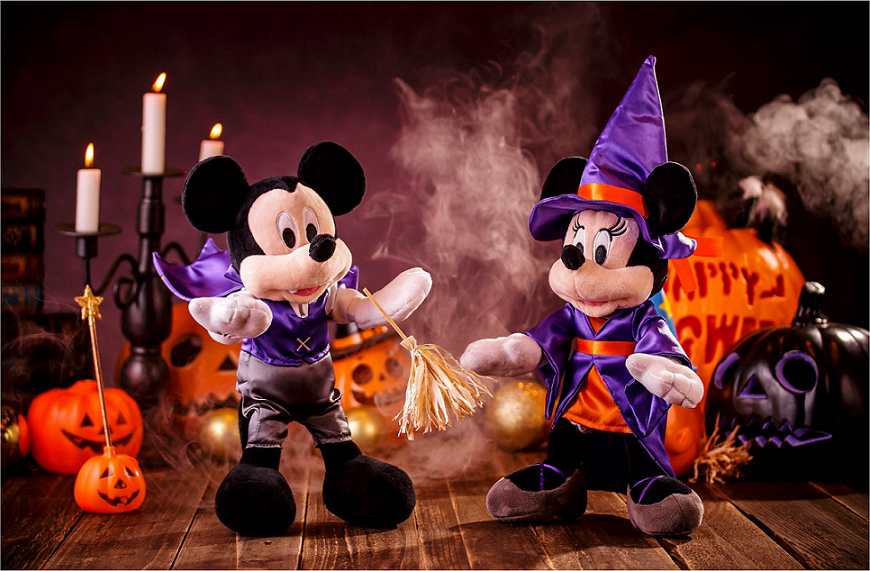 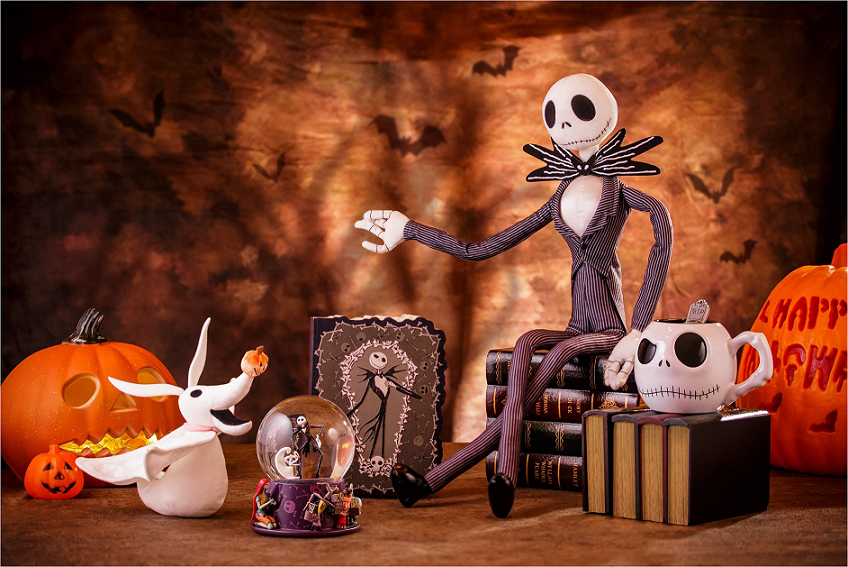 An exclusive range of special Halloween-themed food and beverages will be sold at a variety of locations throughout the park to keep guests energized for a full-day of fun, while new Halloween Mickey and Pals and Duffy and Friends merchandise collections will act as the perfect souvenir to help guests remember their magical visit to Shanghai Disneyland.

Time for Great Events throughout Shanghai

Autumn also marks the return of great annual events throughout the city. On September 14, Shanghai Disney Resort will once again be participating in the Shanghai Tourism Festival Opening Ceremony Parade, with a brand-new float and plenty of fun to be had throughout. While on October 19 – 20, be sure to dress up as your favorite Disney character and run, walk or jog around Shanghai Disney Resort with your friends and family as part of the 2019 Autumn Disney Inspiration Run. 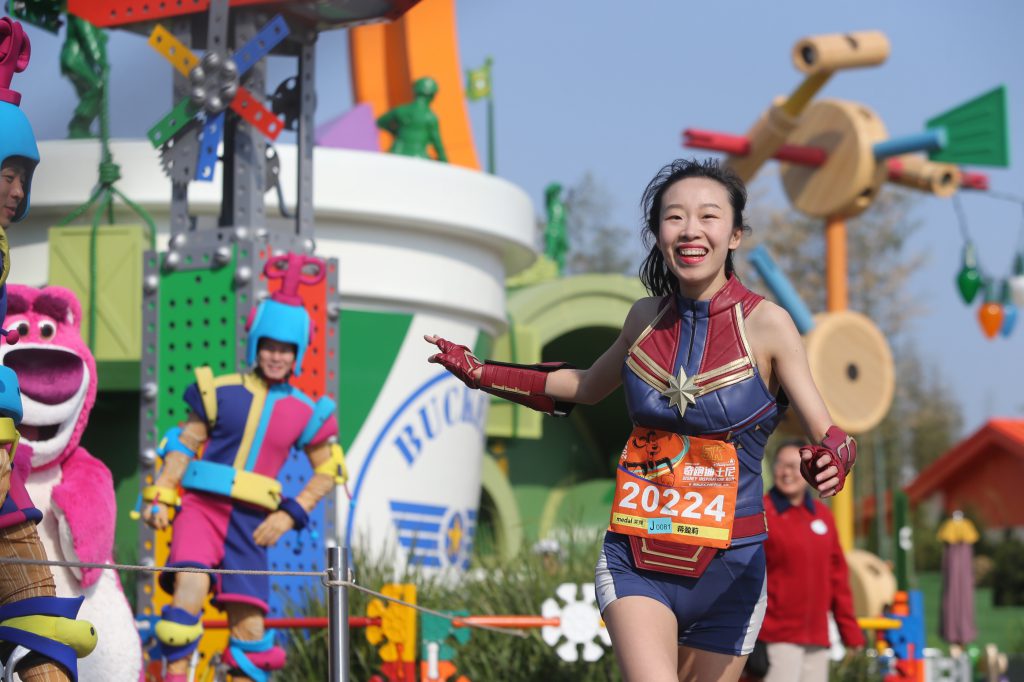 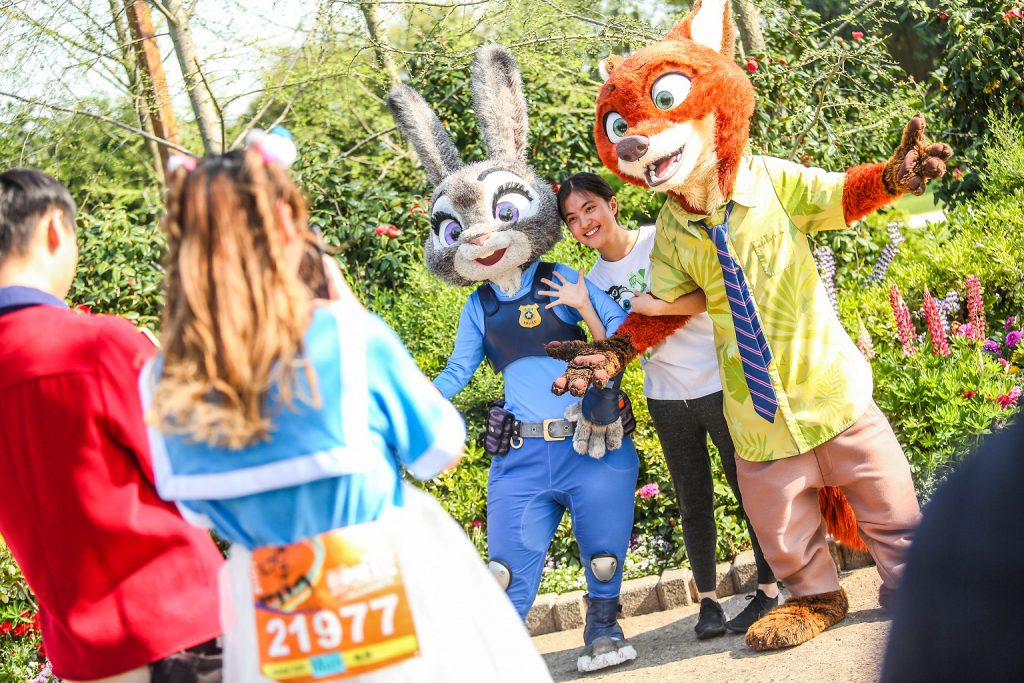 On the 4th-5th floors of ICONSIAM and the 3rd floor of Siam Discovery, ICONCRAFT, the creative inspiration platform for Thai craftsmen and the largest creative hub of Thai craftworks, is pleased to honor Thai textile heroes who preserve Thai heritages and local wisdom by organizing a grand exhibition “ICONCRAFT Thai Textile Heroes” featuring exquisite Thai textiles created by the masters who bring Thai textile to life including Meechai Taesujariya of Ban Kham Pun, Ubon Ratchathani province and Weeratham Trakul-ngernthai of Ban Chansoma, Surin province, as well as collaborative works between three leading Thai fashion brands ASAVA, Hook’s by Prapakas and Wisharawish and Ban Tomthong Weaving Group from Buri Rum province. Importantly, a special collection of silk bags by Sirivannavari Bangkok has been exclusively launched at this event for a limited edition of 35 handbags. Hand woven fabrics in ancient patterns created by artisans from around the country together with an array of products crafted from Thai textiles such as dresses, bags and accessories by leading designers are also offered for sale. Admire and take pride of Thai heritages and local wisdom that are presented in the grand Thai textile exhibition featuring intricate handicrafts by textile artisans as well as an array of handworks ranging from works of art, sculptures, home decorative items, ceramic tableware and stylist accessories by craftsmen throughout the country at ICONCRAFT on the 4th-5th floors of ICONSIAM and the 3rd floor Siam Discovery. The precautionary measure of social distancing, hygienic and safety practices have been strictly put in action. For further information, please call 1338 or visit www.iconsiam.com. ICONCRAFT branch on the 3rd floor of Siam Discovery can be reached at 02-658- 3500 or www.siamdiscovery.co.th.

Bangkok Airways has participated in “Rao Tiew Duay Gun” campaign by Tourism Authority of Thailand (TAT), offering 40% cashback or up to 1,000 baht per person per ticket (this is applicable to all Thai citizens and up to 2 million flight tickets throughout the campaign). To be eligible for the “Rao Tiew Duay Gun” campaign, passengers may register at TAT’s official site www.เราเที่ยวด้วยกัน.com from 15 July 2020 onwards. Flight reservations with Bangkok Airways can be made from now until 31 October 2020 with travel period from now until 31 October 2020. The offers are limited and available on a first-come, first-served basis. For more information about the campaign, please visit www.เราเที่ยวด้วยกัน.com or call +66 (0) 2 111 1144. Bangkok Airways currently operates 6 domestic routes, which are Bangkok – Sukhothai (roundtrip), Bangkok – Lampang (roundtrip), Bangkok – Chiang Mai (roundtrip), Bangkok – Phuket (roundtrip), Bangkok – Samui (roundtrip) and Samui – Phuket (roundtrip). For more information and flight reservation, please visit www.bangkokair.com 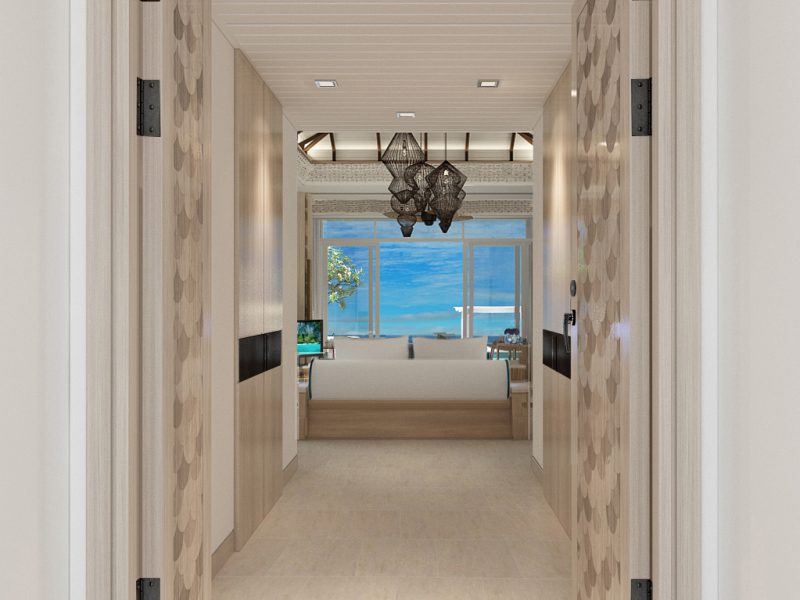 Banyan Tree Krabi Will Open Its Door This October

This October, Banyan Tree Krabi will be ready to graciously welcome you unwind in one of Thailand's most beautiful settings. The Banyan Tree Krabi is transitioning from the dream like-state of design to a reality. While many resorts can trumpet an oceanfront perch on azure waters, it’s not every new resort that commands a vista of limestone towers scattered across the sea like chess pieces on a clear jade table. Or cable car access to a restaurant perched high on a hill on the edge of Tubkaek National Park. The 10-acre property is surrounded by national parks on three sides: the rolling green mountains of a conserved forest serve as a backdrop to the north and east, while the jutting limestone peaks command a hypnotic view to the west. This intimate 72-key resort is creating an effortless bridge between luxury resort and a pristine, untouched environment. There are six categories of accommodation: Deluxe Pool Suite; Premium Ocean Pool Suite; 2-Bedroom Ocean Pool Suite: Beachfront Pool Villas; two 2-Bedroom Beachfront Villas; and one Presidential Beachfront Pool Villa, which has no less than seven bedrooms and covers 1,335m², including multiple verandas and balconies, as well as three pools. For its compelling dining scene, Saffron Restaurant offers top notch tastes at one of Krabi’s premier evening dining venues. With seating for 70 guests both indoors and out, Saffron is accompanied by three “Bird’s Nests” - private tables perched precariously among the trees, offering diners not only intimacy, but that magical Instagram moment to make all their friends at home green with envy. The resort’s all-day dining destination will be called Naga Kitchen, catering breakfasts, lunches and dinner with a plethora of international choices. Executive Chef Jakkrit Traibun, who was the sous-chef at Banyan Tree Samui for seven years, is a southern Thai and specializes in the aromatic and spicy flavors of that culinary style. The signature Rainforest treatment is a must-do while at Banyan Tree - an Amazonesque journey through vitality pools, a steam room and sauna, an ice fountain, and rejuvenating water jets. Aside from that unique experience, guests can always opt for traditional Thai massage and beauty therapies. Banyan Tree Krabi is due to open its doors to guests in the fourth quarter of 2020. For reservations and inquiries, visit https://www.banyantree.com/booking