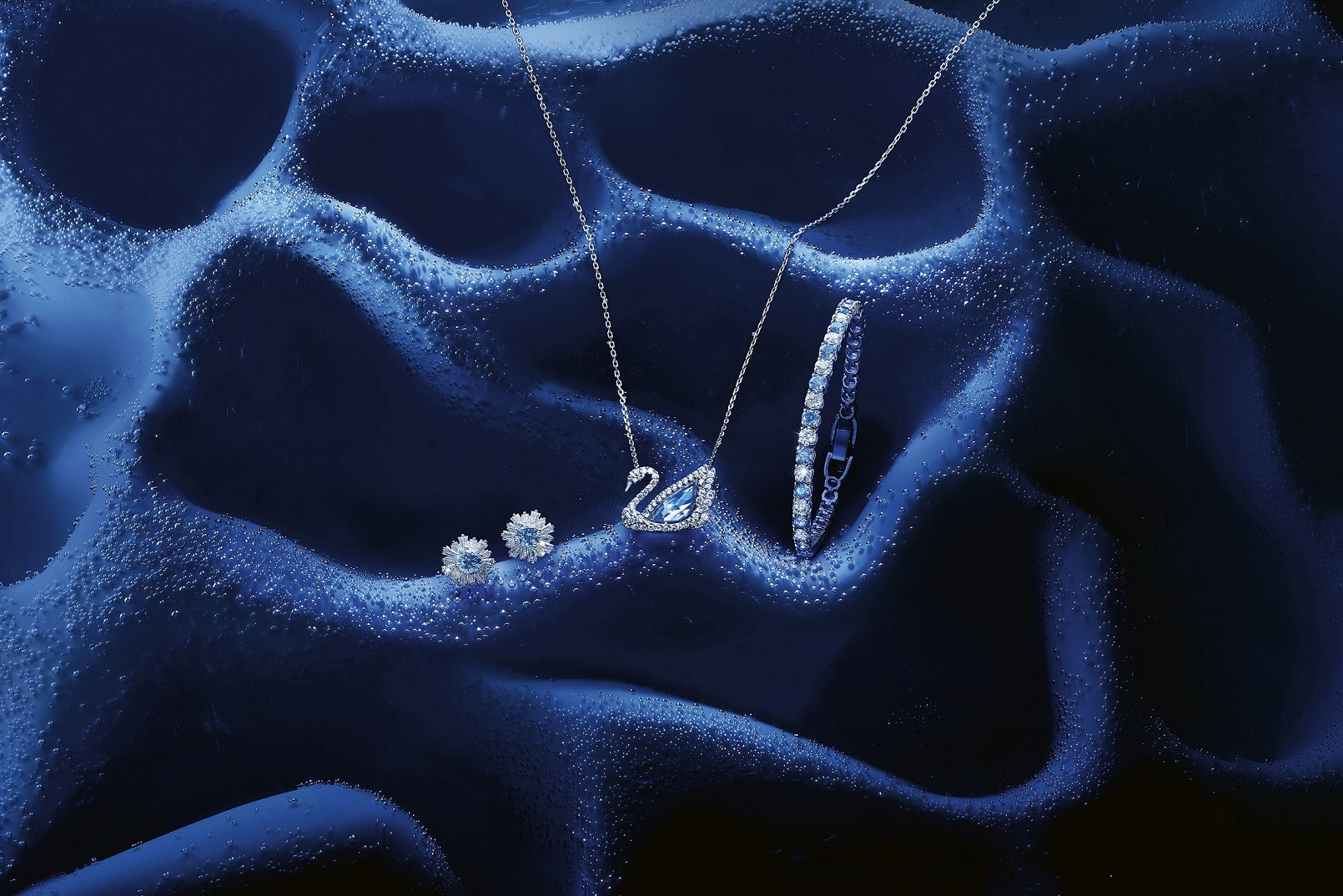 Since 1895, Swarovski has been on a mission to add sparkle to people’s lives all over the world. During this time, Swarovski has created an abundance of exquisite, crystal-cut pieces, which is a testament to its creativity, passion for craftsmanship and continuous innovation. To mark its 125th anniversary, the brand has launched a very special collection as a tribute to its heritage, mastery and innovation – which are at the very heart of the company’s continued success.

Swarovski’s 125th Anniversary Collection reimagines refreshed versions of some of Swarovski’s best- selling jewelry products, along with pieces from other categories.

The Collection celebrates the unique DNA of Swarovski by honouring its iconic blue shade. Like no other, this extraordinary deep blue simultaneously encompasses maturity, wisdom and generosity while embodying the everlasting feelings of wonder that are unfolded by the opening of each Swarovski box. Here are some of our favourite highlights from the Swarovski’s 125th Anniversary Collection. 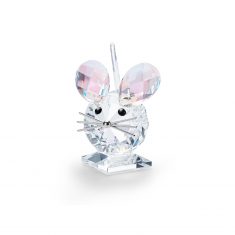 Since the first “Ur Mouse” was created in 1976, crystal figurines have formed a large part of Swarovski’s heritage. The “Original Mouse” is reimagined in the 125th Anniversary Collection in a modernized style, with shimmering touches of blue. 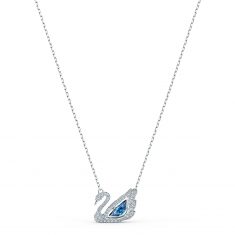 Elegant yet easy-to-wear, the Dancing Swan pendant captures the grace and elegance of the swan – the iconic symbol of Swarovski. Delicately set in pavé and with a marquise-shaped stone that dances with movement, the clear and blue embellishment sparkles softly, complementing any outfit. 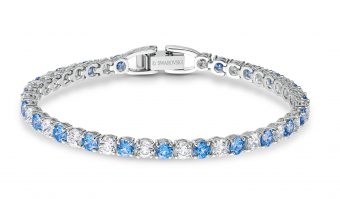 The Tennis Bracelet is a timeless classic, now refreshed with the iconic Swarovski blue tone. The rhodium-plated bracelet with pavé embellishment adds sparkle to any style. 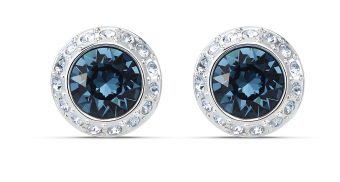 Elegance and sophistication are captured in the design of the Angelic Studs. A classic style now reimagined with a timeless blue edge. 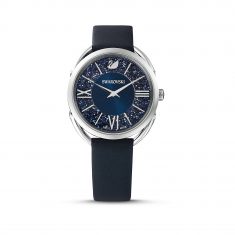 Swarovski pays tribute to its heritage with a special edition of the Crystalline Glam watch. Initially launched in SS19, this popular and refined Swiss-made timepiece features a case filled with hundreds of brilliant blue Swarovski crystals.

Moreover, Swarovski will give away a Crystalline Blue pen as an appreciation gift for special customer who spend on Swarovski’s regular products up to 7,900 Baht or more. 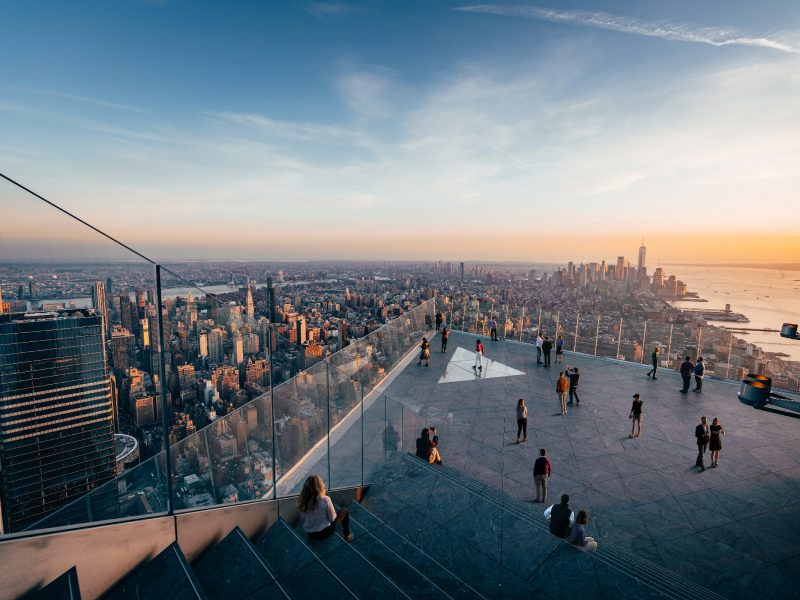 Today Edge, the New York’s highest outdoor sky deck, officially opened to the public offering unparalleled 360-degree views of the iconic city skyline. Beginning at 1:00 PM, the first ticketed visitors stepped out onto Edge’s outdoor viewing area featuring a thrilling glass-floor, angled glass walls, and outdoor skyline steps from the 100th to 101st floors of 30 Hudson Yards. Visitors also experienced the immersive, multi-room ‘Journey to Edge’ show telling the history of New York City’s newest neighborhood from construction over an active rail yard to sustainability achievements and more. To mark the opening, Edge has also launched a nightly light show designed by L’Observatoire International which will run from sunset to midnight daily through 4 April. Hudson Yards also announced today a program offering New York City public school groups free visits to Edge and Vessel every Tuesday. The program kicked-off today with fifth grade students from neighboring elementary school P.S. 33 in Chelsea getting a sneak peak of the entire experience prior to the first ticketed guests. NYC Public School bookings can be made online at www.edgenyc.com/group-bookings “The overwhelming public response to Hudson Yards over the past year – making us part of everything from their morning coffee run to a place to celebrate special occasions – has been incredibly humbling. With the opening Edge, one of the final pieces of the first phase of Hudson Yards, it was important to us to extend an invitation not only to the world to experience our great city from new heights, but also to New Yorkers who have made us part of the City’s cultural fabric. We are proud to ensure Edge is accessible to New York Public School students which we hope will inspire the next generation of New Yorkers to fall even more in love with this great city,” said Stephen Ross, Chairman of Related Companies. “Our goal at Oxford is to connect people to exceptional places, and Edge is another incredible attraction that Hudson Yards has to offer New Yorkers and visitors from across the globe. It’s truly one of the best views of one of the best cities in the world, and we’re excited for everyone to experience it first hand,” added Michael Turner, President of Oxford Properties. A bar, located on the 100th floor, offers a glass of champagne or signature cocktail and light bites to enjoy indoors or outdoors on the sky deck. Situated one floor above Edge, on the 101st floor, is Peak a stunning restaurant, bar, and event space operated by hospitality group RHC. Designed by Kohn Pedersen Fox Associates (KPF) and extending out 80 feet from the 100th floor of 30 Hudson Yards, Edge redefines the New York skyline. Its monumental triangular form completes the tower’s architectural dialogue with the city. A marvel of modern engineering and structural design, the 765,000-pound observation deck is comprised of 15 sections, each weighing between 35,000 and 100,000 pounds, bolted together and anchored to the east and south sides of the building. The 7,500-square-foot outdoor viewing area is surrounded by 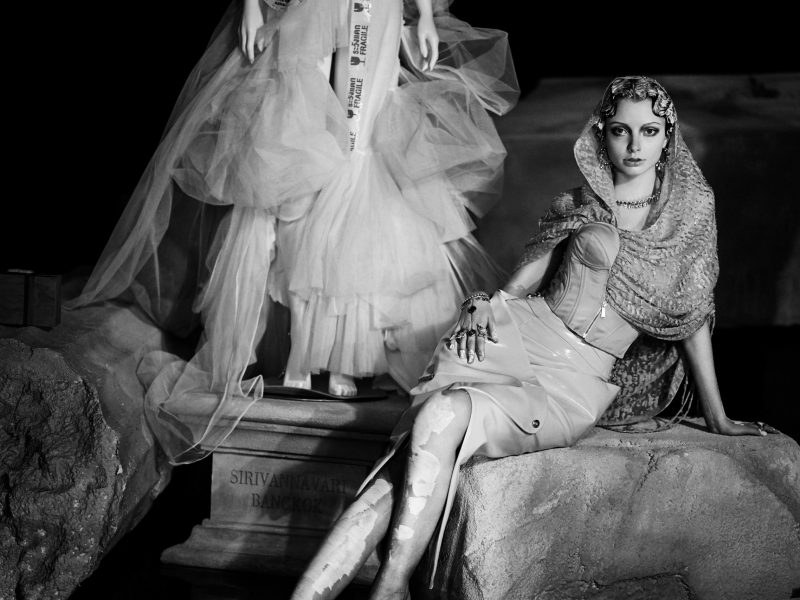 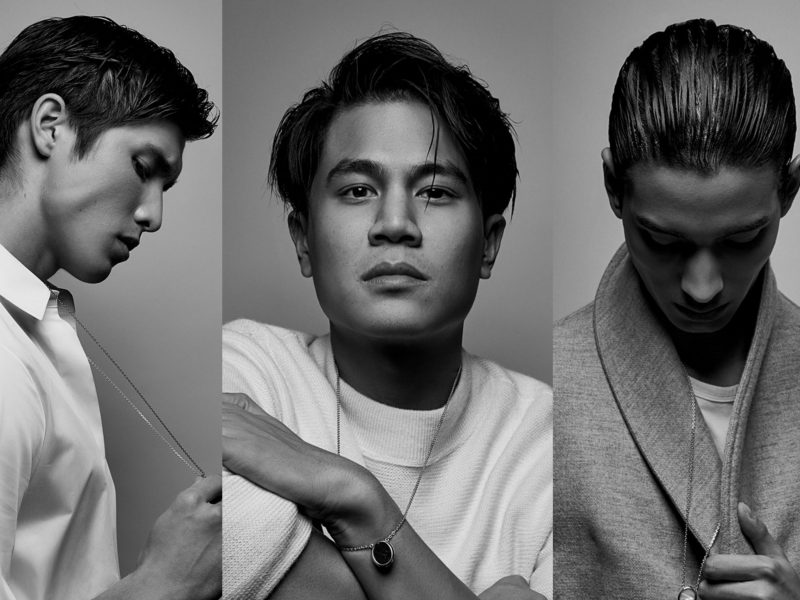 Von-Thattaworn Sugunnasil, designer and founder of VVON SUGUNNASIL, held an exclusive celebration “3 DAYS AFTER V” A FILM BY VVON SUGUNNASIL for the launching of “Signet necklace,” a classic necklace adorned with gemstones in geometric cutting style wearable for all occasions. It is presented through VVON SUGUNNASIL’s stylish debut film. The fashion film tells as love story happened 3 days after the Valentine’s Day shown in the launching event of a jewelry from VVON SUGUNNASIL collaborating with SARRAN, the luxurious jewelry brand renowned for its premium material and elaborate designs. This fashion film is not only the debut of the brand’s jewelry but also shows the new collection’s concept of fabulous taste and elegance as well as the meticulous production process from material selection to tailor-made cut which is a unique character of VVON SUGUNNASIL. Von-Thattaworn Sugunnasil, designer and founder of VVON SUGUNNASIL, talked about his inspiration for this film “I want to represent the identity and lifestyle of our brand to be more clearly and invite everyone to wait for the new collection this year because we design this collection to be “effortless look” but still contains the brand's identity.” Moreover, he told about the newly launched jewelry that “I want this necklace to add more character to mix and match with both day and night outfits. It’s wearable for both man and woman. In addition, I used gemstones to decorate because I want wearers to feel more confident.” “Signet necklace”, the classic design necklace adorned with gemstones in geometric cutting style have three colors. Each gemstone’s color empowers different thing such as Agate (black) can prevent people from dangers. Mother of Pearl (white) encourages spirit and peace, boosting more peaceful moment with others and can attract people. Yellow Pearl (yellow) creates more life power and encouragement as well as enthusiasm. With its special material and modern yet classic design, everyone can wear this necklace to complete their look in all occasions with only 11,900 baht. Experience VVONSUGUNNASIL’s debut jewelry now, at the flagship store of VVON SUGUNNASIL, at Soi Somkid.