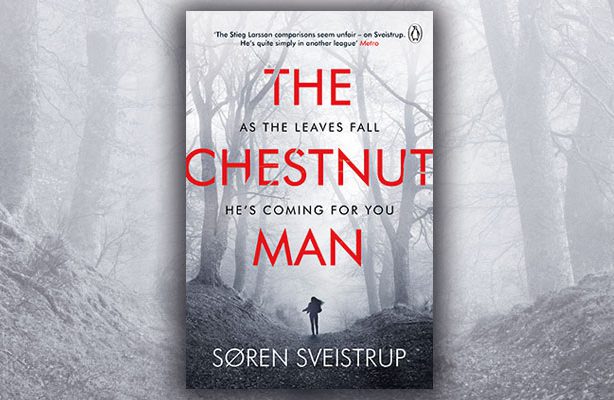 Earlier today Netflix announced its second Danish original series, The Chestnut Man, at Copenhagen TV Festival. The Chestnut Man is based on the debut novel by award winning writer Søren Sveistrup (The Killing) and the series will debut exclusively on Netflix worldwide. Production is slated to begin in Denmark in 2020 with the executive production team SAM Productions, who is also behind the coming Norwegian Netflix original series Ragnarok.

The Chestnut Man is set in the quiet suburb of Copenhagen, where the police make a terrible discovery one blustery October morning. A young woman is found brutally murdered in a playground and one of her hands is missing. Above her hangs a small man made of chestnuts. The ambitious young detective Naia Thulin is assigned to the case, along with her new partner, Mark Hess. They soon discover a mysterious piece of evidence on the chestnut man – evidence connecting it to a girl who went missing a year earlier and was presumed dead – the daughter of politician Rosa Hartung.

Søren Sveistrup, author of The Chestnut Man: “Netflix has shown a strong, genuine interest in my book and I’m excited about the deal and confident that Netflix will be the perfect place for The Chestnut Man.”

Executive Producer at SAM Productions Meta Louise Foldager Sørensen adds: “We are looking very much forward to bringing Søren’s amazing international bestseller to the screen, and we are very excited and proud to announce the continuation of our good collaboration with Netflix. The novel has been translated into 28 languages and it’s being published in more than 50 countries, we are therefore thrilled to be able to release this original Danish story, in the Danish language, worldwide with Netflix as our partner.”

Tesha Crawford, Director Netflix International Originals Northern Europe: ”After the success of The Rain, we are excited to announce our next Danish Original which will be building on the great tradition of Nordic Noir. We were instantly compelled by the strong story and Søren’s voice. We are happy to continue the collaboration with SAM Productions and are looking forward to bringing The Chestnut Man to our global audience.”

The Chestnut Man is a character-driven thriller drama and has its roots in the Nordic Noir genre. The series is composed of six 50-minute episodes and will be produced by SAM Productions. The series is set to launch on Netflix worldwide. Launch date is still to be announced. 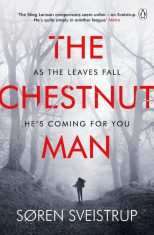 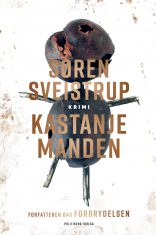 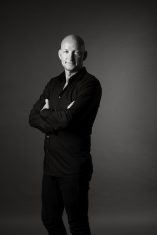 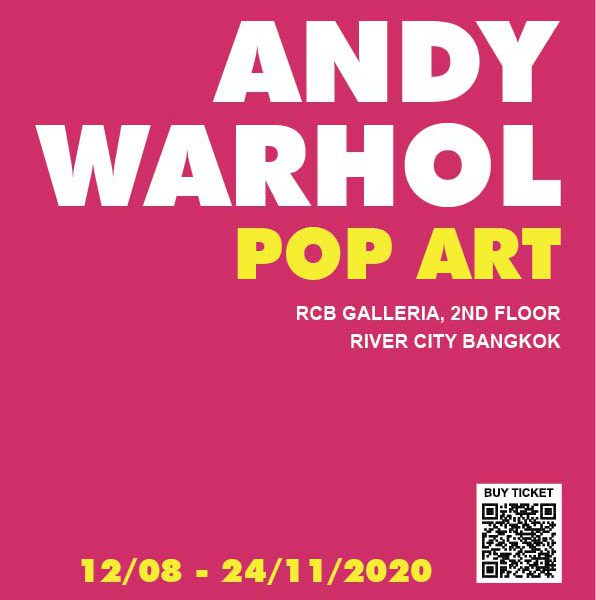 This august, you can witness 128 original works and memorabilia by Andy Warhol at River City Bangkok (RCB). World's renowned Andy Warhol (1928-1987) became well known in the 1960s as a Pop artist choreographer, director, and writer, blurring the lines between fine art and mainstream culture. He predicted that "In the future, everyone will be famous for 15 minutes", foreshadowing our own social media-fueled reality. ANDY WARHOL: POP ART showcases four categories of his work: Self-Portraits and Photos; Celebrity Portraits; Magazine and Album Covers; and, Silk Printing and Others. Portraits include Marilyn (1984) and Liz Taylor (1971). Other works include Interview Magazine Covers and Campbell’s Soup Can (1967). Early bird tickets are offered for adults (THB 300), students and seniors (THB 200 with ID required) until 11 August only at Ticketmelon. Discover ANDY WARHOL POP ART from 12 August until 24 November at RCB Galleria, 2nd floor, River City Bangkok. Stay updated for more activities via Facebook: River City Bangkok. 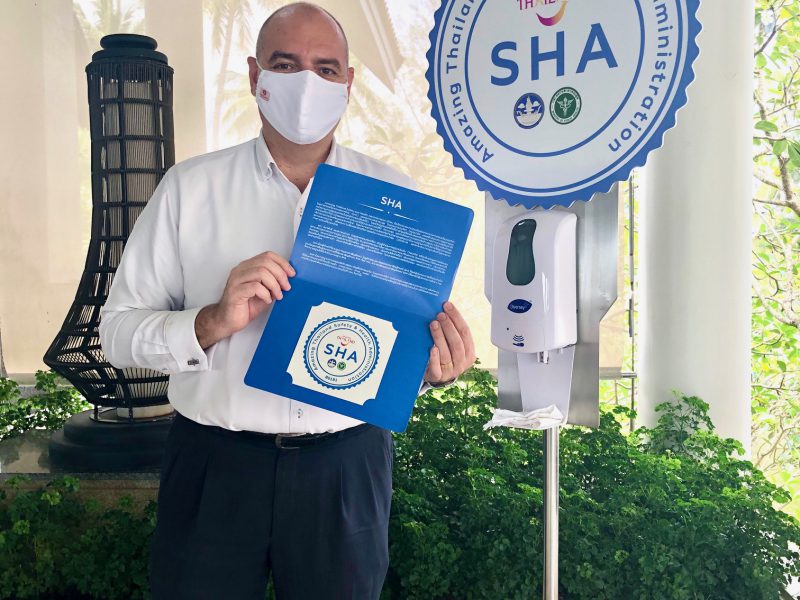 Recently, Angsana Laguna Phuket and Angsana Villas Resort Phuket have been awarded the “Amazing Thailand Safety and Health Administration: (SHA)” certificate, ensuring strict standards of hygiene and sanitisation for ultimate safety, in compliance with the SHA standards determined by Thailand's Ministry of Public Health. The SHA logo appeared at the resorts is a mark of quality certification of the high standards of service and cleanliness, and will be valid for 2 years. Angsana Laguna Phuket and Angsana Villas Resort Phuket under the Banyan Tree Group are committed to going the extra mile to ensure our safety and services strictly exceed the SHA standard. Furthermore, Banyan Tree Group has launched its own Safe Sanctuary Programme’, an integrated health and wellbeing programme that incorporates protocols of assurance and wellbeing standards. The Safe Sanctuary Seal demonstrates the rigour of Protect, Provide and Prevent, to assure all guests and associates of the Group’s enhanced health and safety measures at all guest touch points as they plan, book and stay with us. This programme encompasses over 40 areas of enhanced protocols, including screening procedures, hygiene stations, and redesigned processes throughout the guest and associate experience. Within the Safe Sanctuary programme, additional global standards will focus on deep rest through sleep and activities emphasising the connection to Nature, and culinary offerings emphasising plant-forward menus and ingredient integrity. 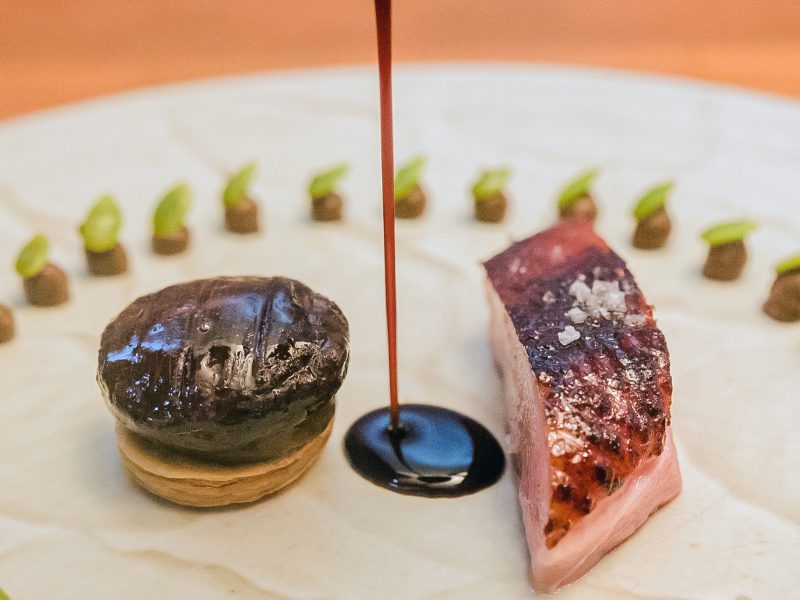 One of the must-visit spots for foodies, Michelin-starred PRU at Trisara Resort Phuket, is now open again. In addition to elevated safety and sanitisation, PRU returns with stronger relations to the local farming and artisan community, an exciting new dinner menu, and gourmet product line available for delivery, in accordance with Trisara's "Dine Good Do Good" ethos. Trisara has implemented numerous updates at PRU to allow for a safe dining experience, including: Tables and chairs removed in the dining room to further limit restaurant occupancy and allow for physical distancing without detracting from ambience Tables and chairs reconfigured for increased physical distancing while still offering magnificent ocean views  Restaurant hosts will guide physical distancing at entrances, waiting areas and queues All surfaces will be sanitized regularly, and UVC sterilization of entire table setup QR Code menus will be implemented that enable guests to scan and access on their mobile phones. Strict HACCP guidelines enforced for food preparation, receiving, and storage of all products Hand sanitizer will be readily available to guests\ Face masks are required for staff Moreover, PRU restaurant and Trisara resort also launch a special gift voucher ‘A Night Under The Stars at PRU and Trisara’ for an exquisite evening under the starlit sky of Phuket. Enjoy a 5-course eco-system based meal with wine pairing at PRU Restaurant, followed by a one-night stay in our Ocean View Pool Junior Suite with panoramic views of the Andaman Sea. Purchase gift card for THB 24,000+++ and valid for a stay until 30 September 2021. For more information, click here or contact reservations@trisara.com  and call +66 76-683-320 PRU restaurant is now open Friday to Monday for 6 pm dinner service. Reservations are required. For more information on PRU, please visit www.prurestaurant.com. To make a reservation please contact +66 76-310-232 or prureservations@trisara.com