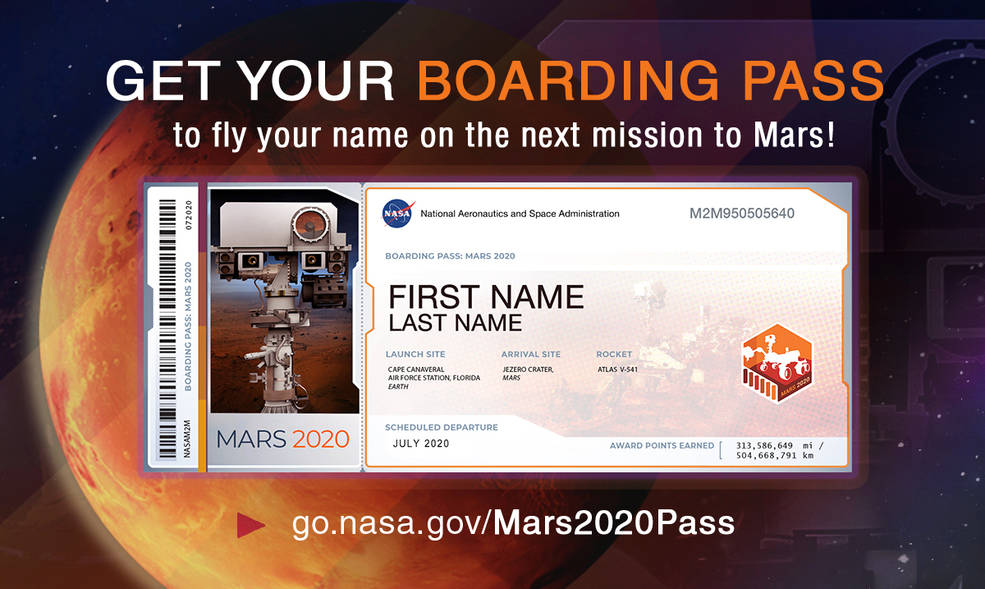 Although it will be years before the first humans set foot on Mars, NASA is giving the public an opportunity to send their names — stenciled on chips — to the Red Planet with NASA’s Mars 2020 rover, which represents the initial leg of humanity’s first round trip to another planet. The rover is scheduled to launch as early as July 2020, with the spacecraft expected to touch down on Mars in February 2021.

The rover, a robotic scientist weighing more than 2,300 pounds (1,000 kilograms), will search for signs of past microbial life, characterize the planet’s climate and geology, collect samples for future return to Earth, and pave the way for human exploration of the Red Planet.

The opportunity to send your name to Mars comes with a souvenir boarding pass and “frequent flyer” points. This is part of a public engagement campaign to highlight missions involved with NASA’s journey from the Moon to Mars. Miles (or kilometers) are awarded for each “flight,” with corresponding digital mission patches available for download. More than 2 million names flew on NASA’s InSight mission to Mars, giving each “flyer” about 300 million frequent flyer miles (nearly 500 million frequent flyer kilometers).

From now until Sept. 30, you can add your name to the list and obtain a souvenir boarding pass to Mars here: https://go.nasa.gov/Mars2020Pass

The Microdevices Laboratory at NASA’s Jet Propulsion Laboratory (JPL) in Pasadena, California, will use an electron beam to stencil the submitted names onto a silicon chip with lines of text smaller than one-thousandth the width of a human hair (75 nanometers). At that size, more than a million names can be written on a single dime-size chip. The chip (or chips) will ride on the rover under a glass cover.

NASA will use Mars 2020 and other missions to prepare for human exploration of the Red Planet. As another step toward that goal, NASA is returning American astronauts to the Moon in 2024. Government, industry and international partners will join NASA in a global effort to build and test the systems needed for human missions to Mars and beyond.

The Mars 2020 Project at JPL manages rover development for SMD. NASA’s Launch Services Program, based at the agency’s Kennedy Space Center in Florida, is responsible for launch management. Mars 2020 will launch from Cape Canaveral Air Force Station in Florida.

Amanpuri is Back with Intriguing Wellness and Family Programmes

Where the whole gleaming peninsula is yours, Amanpuri at Phuket makes a grandiose return now with intriguing programmes to enhance the wellness of your body and soul, as well as to augment the quality of time spent with your beloved ones. Designed to reflect the country’s classic architectural style in harmony with its verdant natural surroundings, the resort provides the space, peace and discretion of a private island with 40 standalone guest pavilions and 40 private multi-bedroom villas. With its tranquil setting, Amanpuri has long been a sanctuary for those seeking a positive shift in terms of wellbeing. The resort’s extensive Aman Spa features 12 treatment rooms, hydrotherapy areas with steam rooms, traditional saunas, two infrared saunas, Jacuzzis and cold plunge pools, and a finishing salon for nails and hair. The fitness studio includes a glass-walled gym, a Pilates studio, a Muay Thai studio and boxing ring, yoga pavilions and a juice bar. An Andaman Escape As an invitation to residents of Thailand, Amanpuri is offering exclusive rates for the ‘Andaman Escape’ programme, which includes daily breakfast and private return transfers for stays from a minimum of two nights, as well as special reductions on spa experiences and dining across the resort’s restaurants. Perfect for those looking to escape the city, even if just for the weekend, and reconnect with nature, Amanpuri is a serene sanctuary to relax, rejuvenate and spend time with loved ones. Wellness at Amanpuri In February 2019, Amanpuri became the brand’s first resort to provide medical services with the launch of its revolutionary Holistic Wellness Centre and transformative multi-day Medical Wellness Immersion programmes. A certified medical team from Phuket’s renowned health and sports resort, Thanyapura works alongside Aman’s alternative-therapy specialists at the Holistic Wellness Centre to offer medical services for those who desire optimal health. New this year, Amanpuri has introduced a five-night Integrated Medical Immune Support Immersion designed and led by expert physicians who have selected therapies supported by medical literature to contribute to improved immune defence, aiming to restore peak physical health. The Immersion begins with an orientation and wellness assessment on the day of arrival, as well as a 90-minute Aman signature massage. The programme includes six intravenous infusions (IVs) and one injection, four medical sessions, two 90-minute spa treatments, two 60-minute private movement sessions and all meals and daily health juices from a personalised nutrition plan. A final consultation assesses progress and provides guidance for the future. In addition to the new Immersion programme, guests are able to select from a choice of one-off immune-supporting medical treatments at the Holistic Wellness Centre. For those looking to kickstart their wellness journey, the Detox & Cleansing Immersion is the perfect way to recalibrate and reassess the body’s needs. The personalised programme naturally stimulates the detoxification pathways of the body, removing the obstacles to wellness created by emotional eating, bad habits and high-stress lifestyles. Treatments concentrate on clearing toxicity, draining the lymph, and releasing tension to relax and renew the body and mind. Guests will leave with tips on how to dispel negativity, forge new neural pathways and increase their mental acuity. Activities offered as 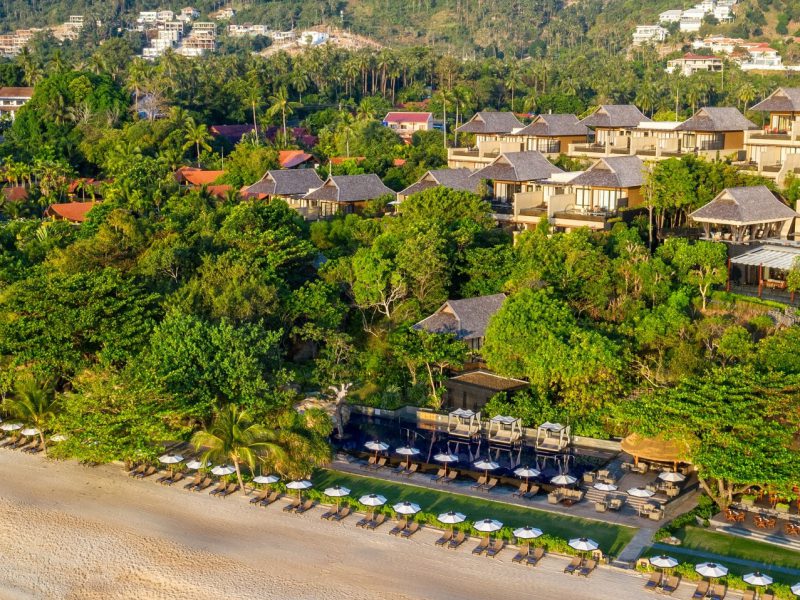 After a pause due to the pandemic, exquisite beachfront resort Vana Belle Koh Samui makes a comeback on 2 July 2020 with upgraded safety measures and cleanliness standards, so that all guests and staff can feel comfortable in every minute, together with come refurbishment in various areas. The hotel strictly follows government guidelines, Marriott’s Commitment to Clean program as well as WHO’s latest announcements. The resort has also renewed the concepts of their in-house restaurants. It includes Kiree ‘The Bistro’, offering bistro cooking that embodies a culinary ethos of generosity, economy, simplicity, and excellence. The restaurant extends elegant dining in an opulently furnished air-conditioned dining room or a spacious outdoor terrace for alfresco dining. PANALI restaurant, serving authentic Thai Southern cuisine by talented Chef Julong in exceptional seaside setting, makes your lunch or dinner even more impressionable. There are still a lot more one-off luxuries to be experienced here. Now the wait is over, the resort is ready to welcome you back in the outmost safety and with the best service at Vana Belle, A Luxury Collection Resort, Koh Samui. 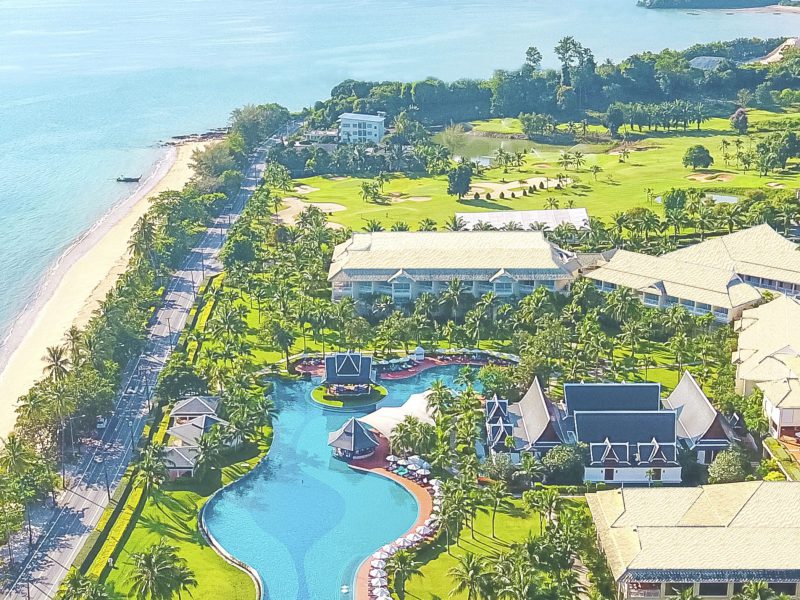