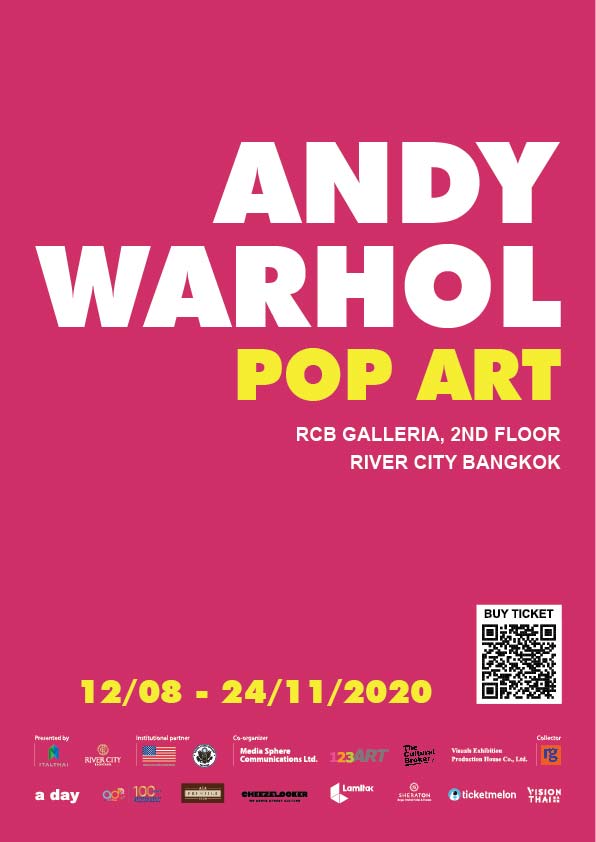 This august, you can witness 128 original works and memorabilia by Andy Warhol at River City Bangkok (RCB). World’s renowned Andy Warhol (1928-1987) became well known in the 1960s as a Pop artist choreographer, director, and writer, blurring the lines between fine art and mainstream culture. He predicted that “In the future, everyone will be famous for 15 minutes”, foreshadowing our own social media-fueled reality.

ANDY WARHOL: POP ART showcases four categories of his work: Self-Portraits and Photos; Celebrity Portraits; Magazine and Album Covers; and, Silk Printing and Others. Portraits include Marilyn (1984) and Liz Taylor (1971). Other works include Interview Magazine Covers and Campbell’s Soup Can (1967). 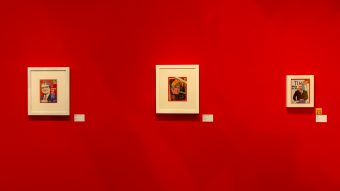 Early bird tickets are offered for adults (THB 300), students and seniors (THB 200 with ID required) until 11 August only at Ticketmelon.

On the 4th-5th floors of ICONSIAM and the 3rd floor of Siam Discovery, ICONCRAFT, the creative inspiration platform for Thai craftsmen and the largest creative hub of Thai craftworks, is pleased to honor Thai textile heroes who preserve Thai heritages and local wisdom by organizing a grand exhibition “ICONCRAFT Thai Textile Heroes” featuring exquisite Thai textiles created by the masters who bring Thai textile to life including Meechai Taesujariya of Ban Kham Pun, Ubon Ratchathani province and Weeratham Trakul-ngernthai of Ban Chansoma, Surin province, as well as collaborative works between three leading Thai fashion brands ASAVA, Hook’s by Prapakas and Wisharawish and Ban Tomthong Weaving Group from Buri Rum province. Importantly, a special collection of silk bags by Sirivannavari Bangkok has been exclusively launched at this event for a limited edition of 35 handbags. Hand woven fabrics in ancient patterns created by artisans from around the country together with an array of products crafted from Thai textiles such as dresses, bags and accessories by leading designers are also offered for sale. Admire and take pride of Thai heritages and local wisdom that are presented in the grand Thai textile exhibition featuring intricate handicrafts by textile artisans as well as an array of handworks ranging from works of art, sculptures, home decorative items, ceramic tableware and stylist accessories by craftsmen throughout the country at ICONCRAFT on the 4th-5th floors of ICONSIAM and the 3rd floor Siam Discovery. The precautionary measure of social distancing, hygienic and safety practices have been strictly put in action. For further information, please call 1338 or visit www.iconsiam.com. ICONCRAFT branch on the 3rd floor of Siam Discovery can be reached at 02-658- 3500 or www.siamdiscovery.co.th. 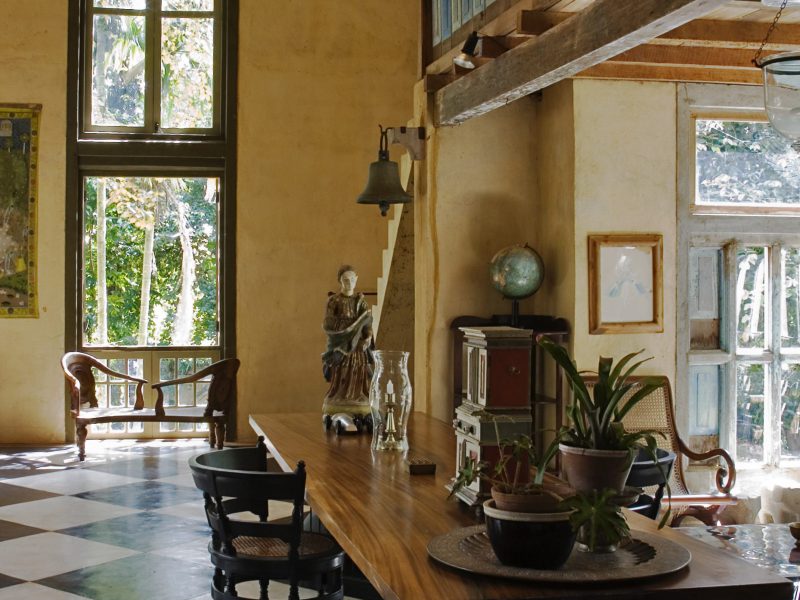 Teardrop Hotels is delighted to announce its partnership with The Geoffrey Bawa Trust to revitalise and relaunch Geoffrey Bawa’s Lunuganga estate on the Southwest Coast of Sri Lanka. The nine-bedroom property includes Bawa’s original home with its original charms and quirkiness, in addition to a three-bed house he designed and built in Colombo which has been painstakingly reconstructed brick by brick in the grounds of the estate.  Lunuganga forms an important part of Sri Lanka’s cultural and design heritage. Acquired by famed architect Geoffrey Bawa in 1947 as one of his first projects, Bawa worked tirelessly to transform the house and the gardens from a derelict rubber estate into one of the most beautiful pleasure gardens of the 20th Century.  Elements of Italian Renaissance gardens, English landscaping, Japanese garden art, and the water gardens of ancient Sri Lanka are all blended to create Bawa’s most extravagant creation, making it a mecca for those interested in landscape design and architectural history.   Geoffrey Bawa’s house itself comprises a former 1930’s plantation bungalow, with six private guest suites located around the estate and is an ode to ‘tropical modernism’ – a blend of antique and modern furniture with traditional and contemporary art -  a trademark of Bawa’s eclectic signature style. The Bawa Trust and Teardrop Hotels have made sure to changes to the house to an absolute minimum, allowing guests to enjoy the space exactly as Bawa intended his guests to experience it. Lunuganga now also includes the three-bedroom house of Bawa’s dear friend - Ena de Silva. A batik artist based in Colombo Ena de Silva and her husband Osmund commissioned Bawa to design their home in 1962- a pivotal project in his life’s work and the first time he executed the joining of radically modern design with traditional Sri Lankan elements. In 2009, Ena sold the house to The Bawa Trust, which then moved the property brick by brick from its location in Colombo to Lunuganga. The house took three months to disassemble and six years to rebuild, led by Architect Amila de Mel and conservation specialist Nilan Cooray. Everything from the frangipani tree in the front courtyard to the slabs of river stone remains just as it was in the original house. A night at Lunuganga – in either the main house or the Ena de Silva villa - starts at USD 265++ for two people sharing, inclusive of breakfast. To celebrate the relaunch, Teardrop Hotels is offering guests a 20% discount on all rooms booked before 31 November 2020 – which can then be used anytime until 31 April 2020. 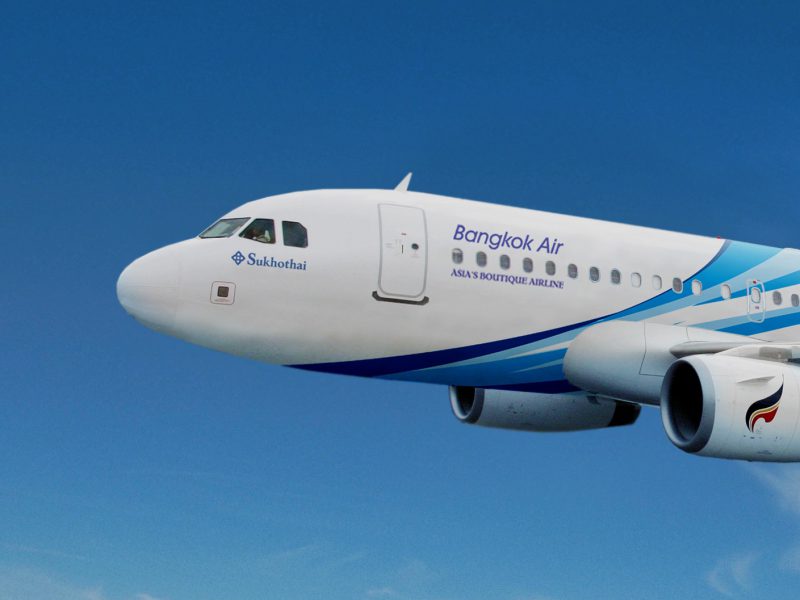 Bangkok Airways has participated in “Rao Tiew Duay Gun” campaign by Tourism Authority of Thailand (TAT), offering 40% cashback or up to 1,000 baht per person per ticket (this is applicable to all Thai citizens and up to 2 million flight tickets throughout the campaign). To be eligible for the “Rao Tiew Duay Gun” campaign, passengers may register at TAT’s official site www.เราเที่ยวด้วยกัน.com from 15 July 2020 onwards. Flight reservations with Bangkok Airways can be made from now until 31 October 2020 with travel period from now until 31 October 2020. The offers are limited and available on a first-come, first-served basis. For more information about the campaign, please visit www.เราเที่ยวด้วยกัน.com or call +66 (0) 2 111 1144. Bangkok Airways currently operates 6 domestic routes, which are Bangkok – Sukhothai (roundtrip), Bangkok – Lampang (roundtrip), Bangkok – Chiang Mai (roundtrip), Bangkok – Phuket (roundtrip), Bangkok – Samui (roundtrip) and Samui – Phuket (roundtrip). For more information and flight reservation, please visit www.bangkokair.com