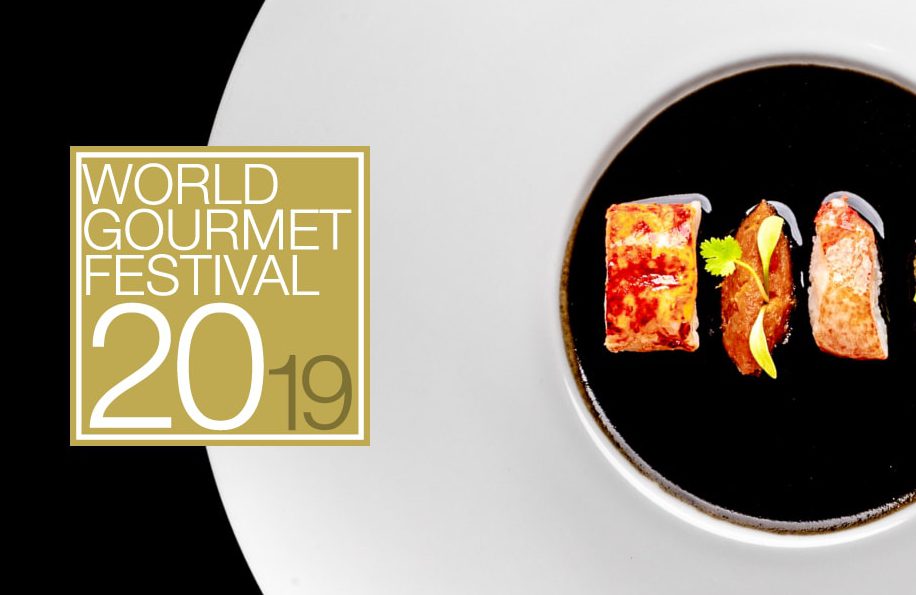 Bangkok’s oldest international culinary spectacular is returning to one of the capital’s most exclusive addresses for a landmark 20th year with a star-studded line up of some of the world’s leading chefs, and a tribute to the City of Angels’ world-renowned street food culture.

From 2nd – 8th September 2019, sixteen acclaimed chefs from nine countries – from France to Japan and from Taiwan to Portugal – will present an international culinary feast at the 20th World Gourmet Festival at Anantara Siam Bangkok Hotel.  With no less than thirteen Michelin stars amongst them, the brigade of chefs includes:

On Friday, 6th September 2019, Taiwanese chefs Kai Ho and Richie Lin will be joined by the chef behind Thailand’s much-loved and respected streets-to-stardom culinary tale, Ian Kittichai, whose restaurants include Issaya Siamese Club in Bangkok, Tangerine in Singapore and Spot Dessert Bar in New York City.  Chef Ian is an experienced hand when it comes to the World Gourmet Festival and his participation in the 20th anniversary celebration brings him full circle – in 2000 he was a member of the hotel’s culinary team who led the visiting international chefs during the inaugural event.  The trio of gastronomic artists will prepare a six-hands collaborative dinner of six courses – two each of their signature creations. 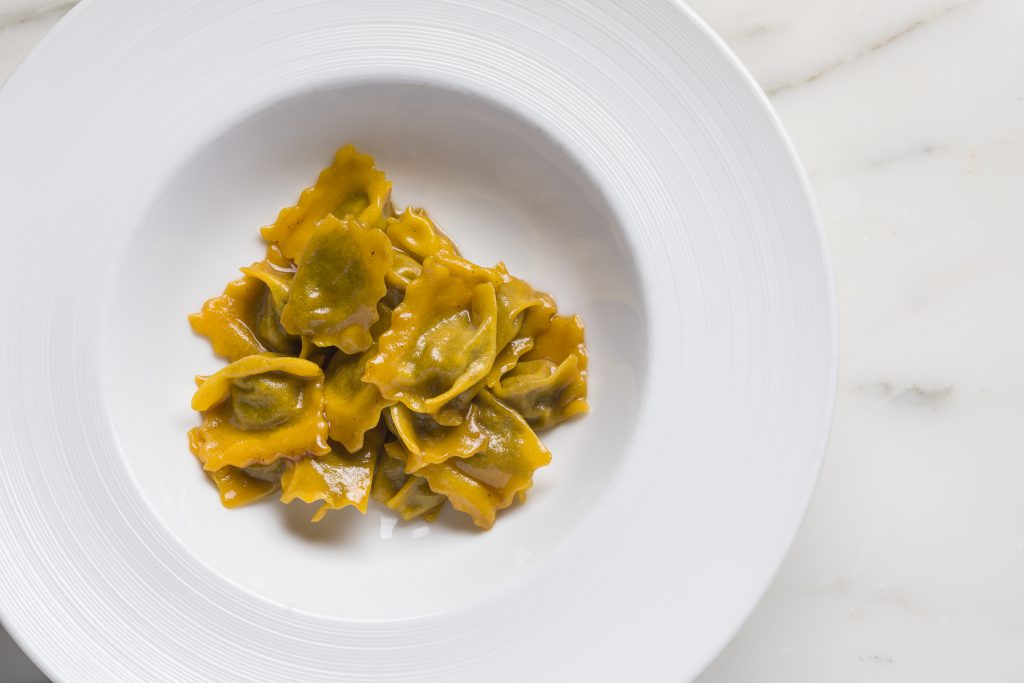 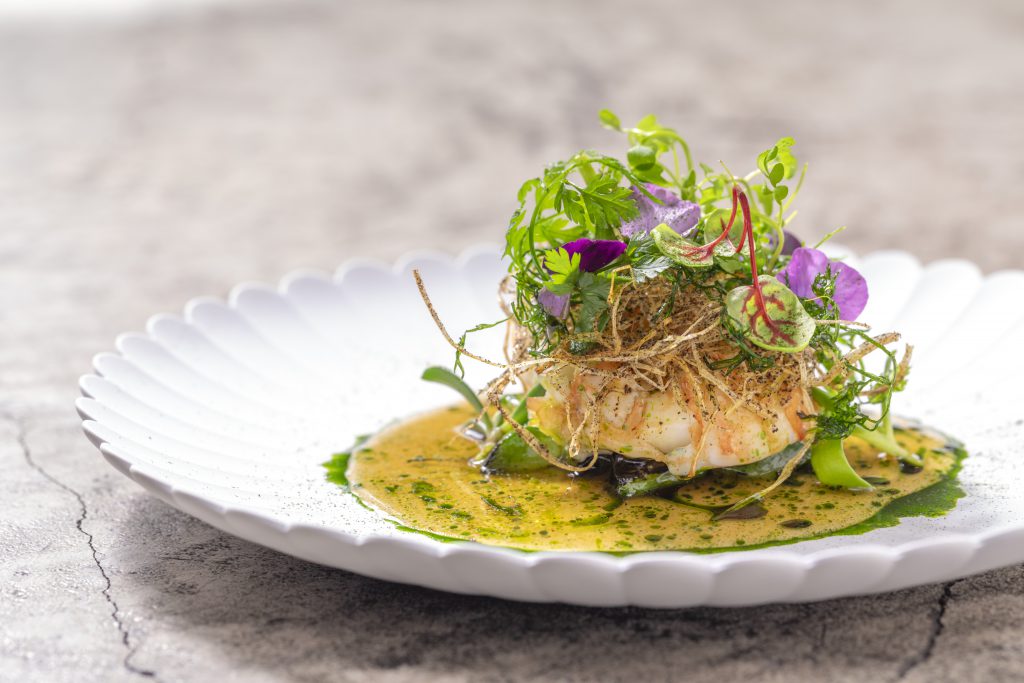 In a first for the World Gourmet Festival, Anantara Siam Bangkok Hotel will showcase the City of Angels’ enviable status as the best city in the world for street food on Thursday, 5th September 2019, when Bangkok’s popular street vendors will prepare their fare in food stalls strewn around the Parichart open-air garden courtyard.  And as has become a tradition and crowd pleaser in recent years, the exclusive fringe events in the hotel’s iconic lobby and Aqua Bar return, including the hugely popular World Gourmet Brunch on Sunday, 8th September 2019.

Foodies and budding and professional chefs alike can attend master cooking classes by all the visiting chefs, where they will have the opportunity to see and taste specially prepared dishes from the chefs’ World Gourmet Festival menu repertoire.  Joining the stellar line up of chefs this year is famed Dutch chef Roger van Damme from Het Gebaar in Antwerp, Belgium, who was awarded the best pastry chef in the world honour at the ‘Best Chefs Awards’ in 2017.  On Thursday, 5th September 2019 and Friday, 6thSeptember 2019 he will present master classes of four desserts served with afternoon in the Lobby Lounge.

The 20th World Gourmet Festival is a proud supporter of HRH Princess Soamsawali Krom Muen Suddhanarinatha HIV Prevention Fund.  THB 600 per dinner ticket sold and proceeds from the auctions, which take place throughout the Festival, will be donated to the Fund. 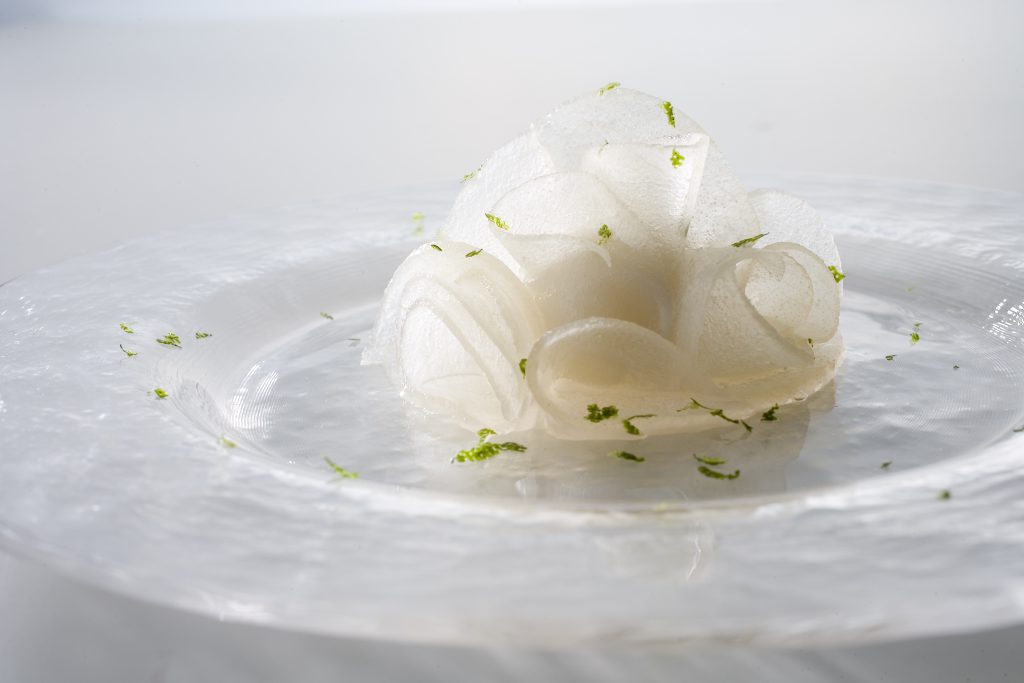 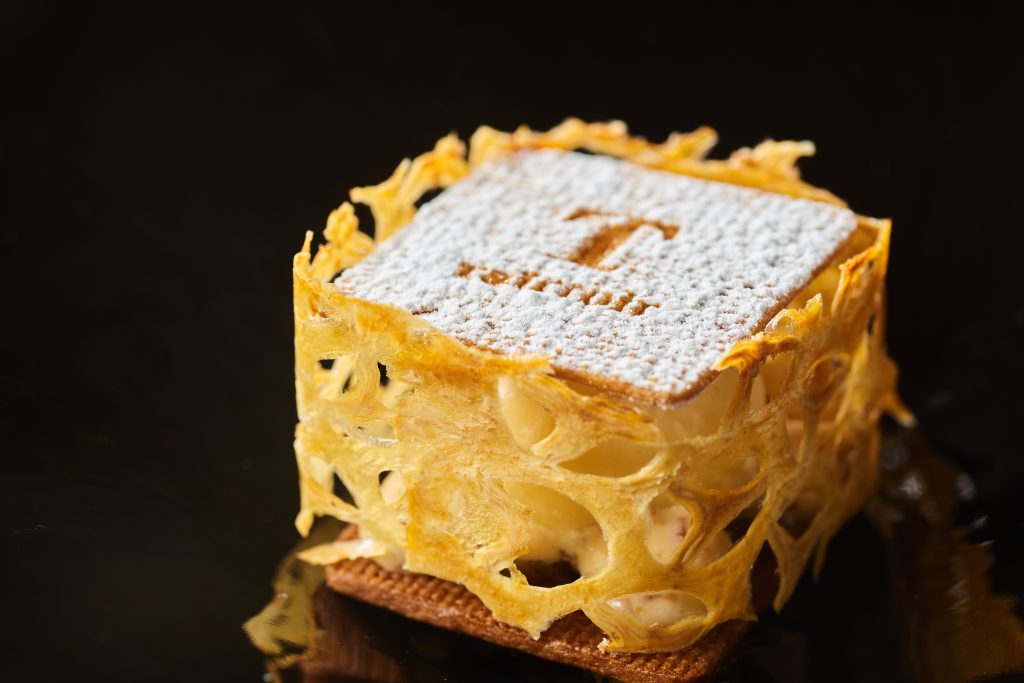 Reservations for the 20th World Gourmet Festival at Anantara Siam Bangkok Hotel are essential and can be made by visiting www.worldgourmetfestival.asia, where detailed information and prices of all the events are available.

Anantara Siam Bangkok Hotel’s Amazing World Gourmet Festival accommodation package offers gourmands a sumptuous opportunity to experience an extraordinary international culinary feast by some of the world’s best chefs in the heart of one of the world’s most enigmatic capital cities.  Starting from THB 18,000 per room per night, this special offer includes accommodation, a sumptuous daily buffet breakfast, and a table for two at a guest chef’s dinner each night of the stay period.  Guests will also receive fifteen percent discount on treatments at the hotel’s award winning Anantara Spa.  For more information about this special offer or to make a reservation, please visit www.anantara.com/en/siam-bangkok/offers 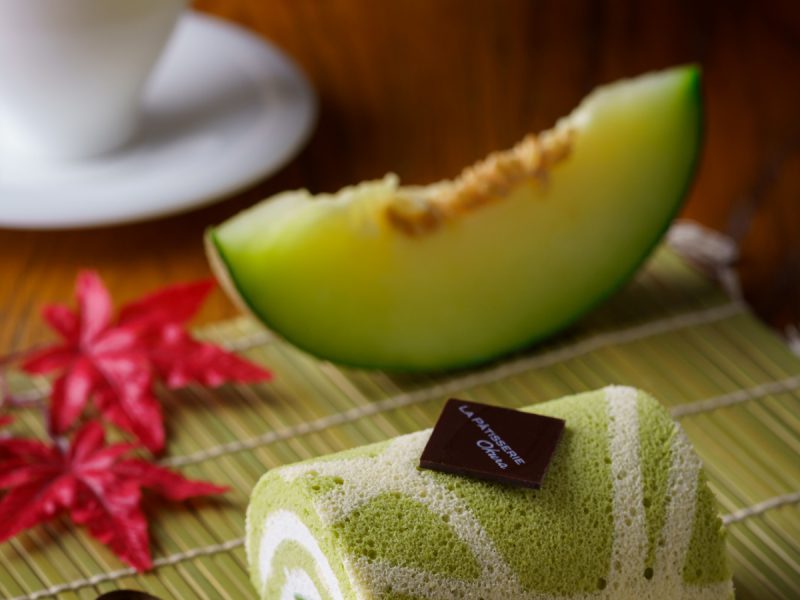 The late autumn in Japan marks the Koyo, a time to count one’s blessings before the onset of winter, and what better way to do so than with a reviving cup of premium tea or coffee accompanied by a delicious sweetmeat from the selection of Koyo cakes and pastries available at The Okura Prestige Bangkok’s La Pâtisserie. Among the delights are kabocha pumpkin cheesecake, musk melon cream roll, pomegranate tart, and a light and zesty mikan orange & chocolate tartlet. These and many other sweet treats and savoury goodies on offer at La Pâtisserie are great solo pick-me-ups or pleasures to be shared with family, friends and colleagues at any time of the day. Koyo Confections are available Mondays to Fridays at 07:00 - 19:00, from now until 30 December 2020. Priced from Baht 160 net per piece. La Pâtisserie is located on the ground floor, Park Ventures Ecoplex. For more information, please contact +66 (0) 2 687 9000 or email lapatisserie@okurabangkok.com 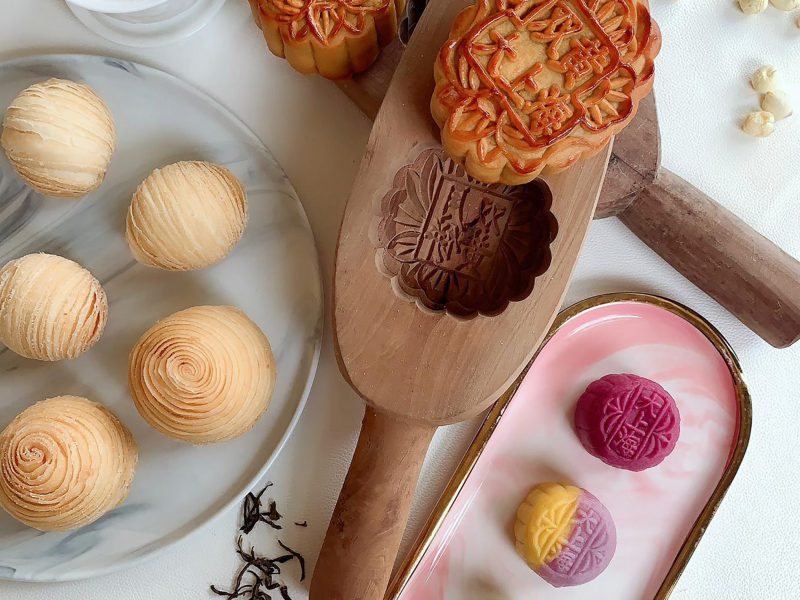 For this year's Mid-Autumn Festival, award-wining Grand Shanghai Restaurant, Singapore offers exquisite mooncakes that intertwines flavour and texture to perfection. Every single piece is meticulously handcrafted using only the finest ingredients with no added preservatives or artificial flavouring, encased in a luxurious box reminiscent of the restaurant’s iconic 1930s Shanghainese extravagance and splendour. The highlight goes to the limited-edition Bird’s Nest with Almond Paste Snow Skin Mooncakes (SGD 68 per set of six), made with premium bird’s nest and silky almond paste, boost your immune system while indulging in this luxurious sweet treat, plus various health benefits. Fans of snow skin mooncakes are in for a treat as Grand Shanghai has specially curated two snow skin flavoured mooncakes to whet appetites. Treat yourself to the new flavours such as Taro Paste with Ginkgo Nuts (SGD 58 per set of six) and Green Bean Paste with Pandan and Custard (SGD 58 per set of six). Back by popular demand is the Signature Crispy Lava Salted Egg Yolk (SGD 68 per set of six). For those who love the classics, delight in Traditional Baked White Lotus Paste with Double Yolks (SGD 62 per set of four) or Traditional Baked White Lotus Paste with Single Yolk (SGD 60 per set of four). These timeless pieces are filled with smooth and rich lotus paste with flavourful salted egg yolk bounded by a lightly baked golden crust. The Shanghainese Crispy Yam Paste (SGD 60 per set of four) is the signature mooncake filled with generous amount of silky and smooth yam encased in flaky, buttery crust that is not to be missed if you want to experience the flavour of Grand Shanghai. Available only at Grand Shanghai Restaurant, the mooncakes can be ordered until 1 October 2020 by calling +65 6836 6866 or emailing restaurant@grandshanghai.com.sg 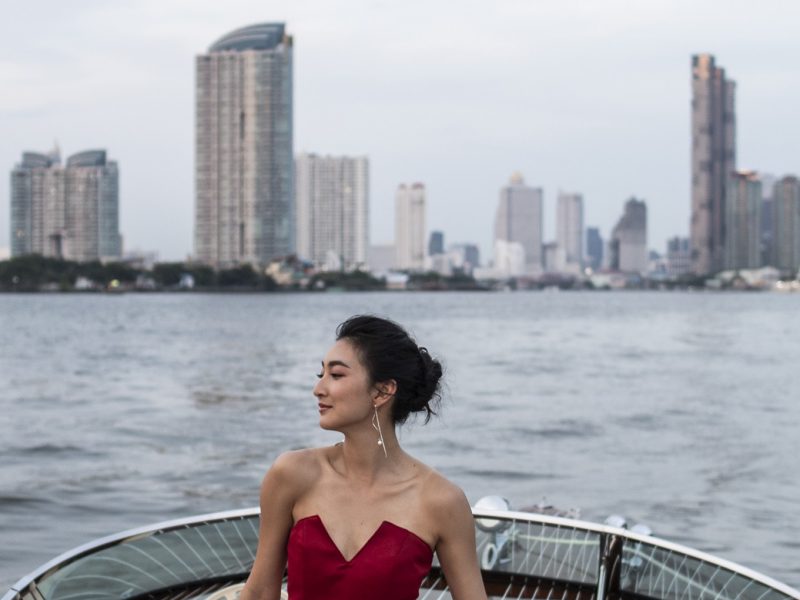 SALA Hospitality Group invites guests to enjoy an unforgettable afternoon or evening on Bangkok’s “River of Kings”, with a new series of private boat sunset cruises on a timeless mahogany Hacker-Craft boat, exclusive dining experiences, as well as a stylish stay with precious panorama. The packages combine private sightseeing trips along the Chao Phraya Rive with the option of luxurious overnight stays and a dedicated five-course menu crafted by the expert chefs at sala rattanakosin Bangkok’s Eatery and Bar. Available for lunch or dinner, this fine-dining menu treats diners to a selection of freshly-baked artisan breads, an amuse bouche of coconut gelato with heirloom tomatoes, basil pesto and freshly-cracked blacked pepper, and an indulgent starter of seared foie gras with passion fruit coulis, a Hokkaido scallop chip and mixed berry compote. The entrée of Chilean sea bass with roasted cauliflower purée and Parmentier potatoes, topped with a grilled tiger prawn, is then followed by a mouth-watering main course of Black Angus beef tenderloin with garlic-infused creamed potato, roasted organic vegetables and buttered mushrooms. The exquisite feast reaches its climax with a decadent dessert of crème brûlée tart topped with fresh mixed berries, savoiardi biscuit and banana scented mascarpone. Couples can enjoy this sumptuous lunch or dinner for two, along with a private 30-minute Chao Phraya classic boat cruise for just THB 9,100++ (down from the standard rate of THB 12,900++). Alternatively, guests can combine their memorable meal and a 30-minute cruise with an overnight stay in a stylish and spacious wat arun river view suite, including breakfast for two the following morning for only THB 16,999++ (reduced from the standard rate of THB 24,400++). For more information about SALA Hospitality Group, please visit www.salahospitality.com