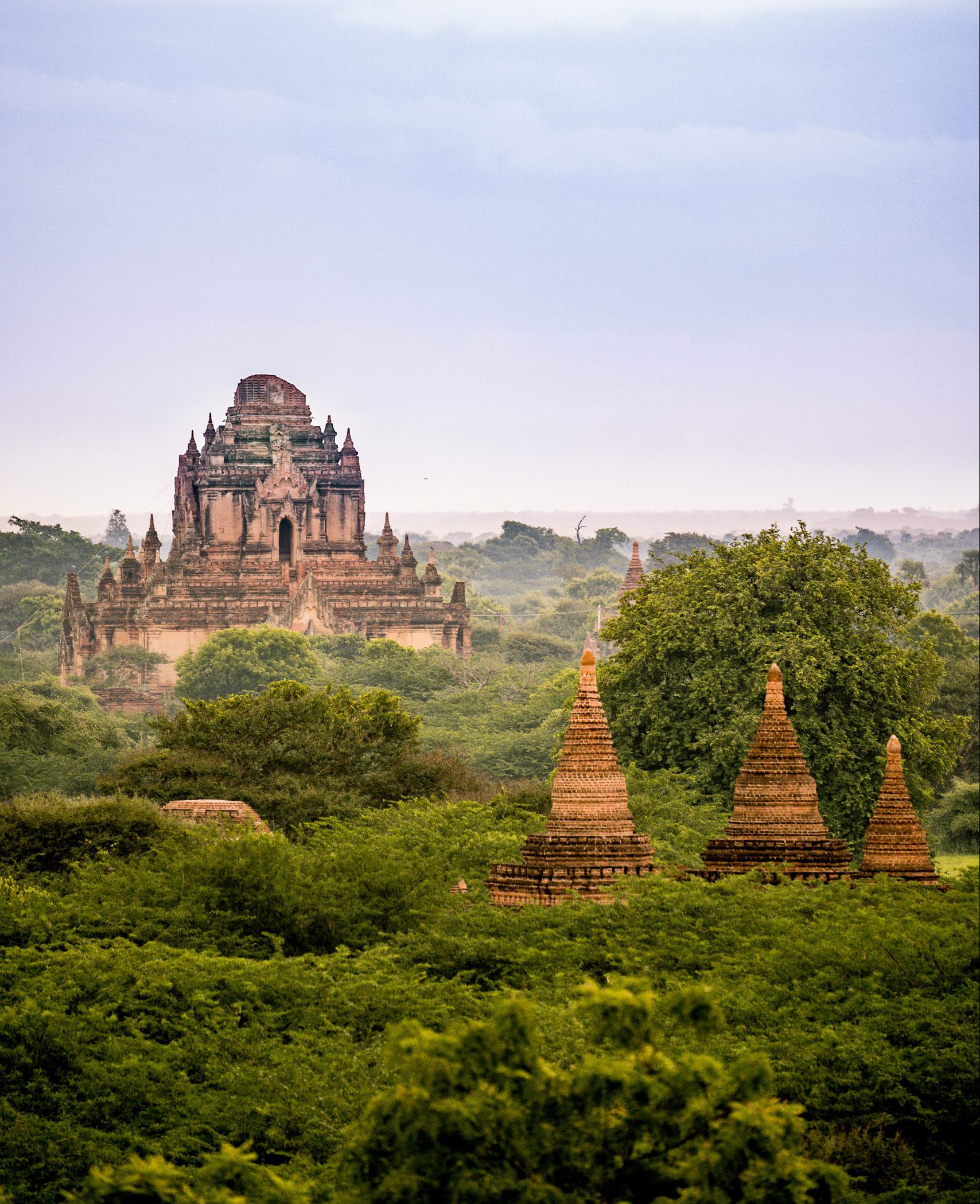 With over 3,000 religious monuments across the lush green plain of Bagan, the ancient city manifests a sublime panorama to be witnessed once in a lifetime. Being there, even for a short period of time, gives me goosebumps just by imagining how comfortably spectacular it was back when it flourished.

The Kingdom of Pagan is considered to be the pioneer of Burmese culture. Situated on the first land of the country, Bagan became the capital and administrative hub of the kingdom from the 9th century, and unceasingly flourished until the 13th century. Under the reign of King Anawrahta (1044 – 1077), the Kingdom of Pagan was getting more glorious each day – Burmese ethnicity, as well as the lands that would later form present-time Myanmar, were unified, and Theravada Buddhism became widely practised in the kingdom. Being an ardent Buddhist, he built multitudinous temples and stupas all over the city. Even after his reign, the successive kings kept building more of them, time after time. Once upon a time, the Bagan plain embodied more than 10,000 religious constructions, and most of the significant sites were built in the 12th century 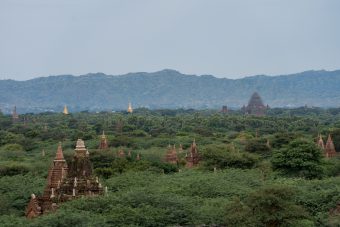 A NIGHT IN BAGAN

Spending only a night in Bagan is, frankly, not a good idea. I have to do so because of a tight schedule. Nevertheless, the short-lived stay in Bagan turns astonishingly eventful. Upon arrival in Mandalay, I travel straight to the bus station; not knowing that ahead is a seven-hour big adventure on a 19-seater bus with no air conditioner. I later find that this is the bus for locals after it departs, and I encounter several of them during the long hours travelling.I thought I could take the long hours watching movies on my phone, but it turns out that the whole way is too bumpy to do anything at all. We stop at a completely local diner for a while, with, again, no language I can read. I have to show the waiter the picture of the simplest menu – omelette.

It is almost midnight, and I have just arrived at the hostel with no idea of how to travel around tomorrow. Ostello Bello Bagan hostel, located in the New Bagan area, turns out to play a bigger role for me than just accommodation, as they give the best advice on everything, and even provide a guided trip to significant temples in Bagan. With the air-conditioned taxi charging many dollars, I wonder how budget travellers (I’m obviously one) get around here. “Just rent an electric bike. It’s easy. Everyone does that,” says the young concierge. I am worried, as I don’t even drive in my hometown. 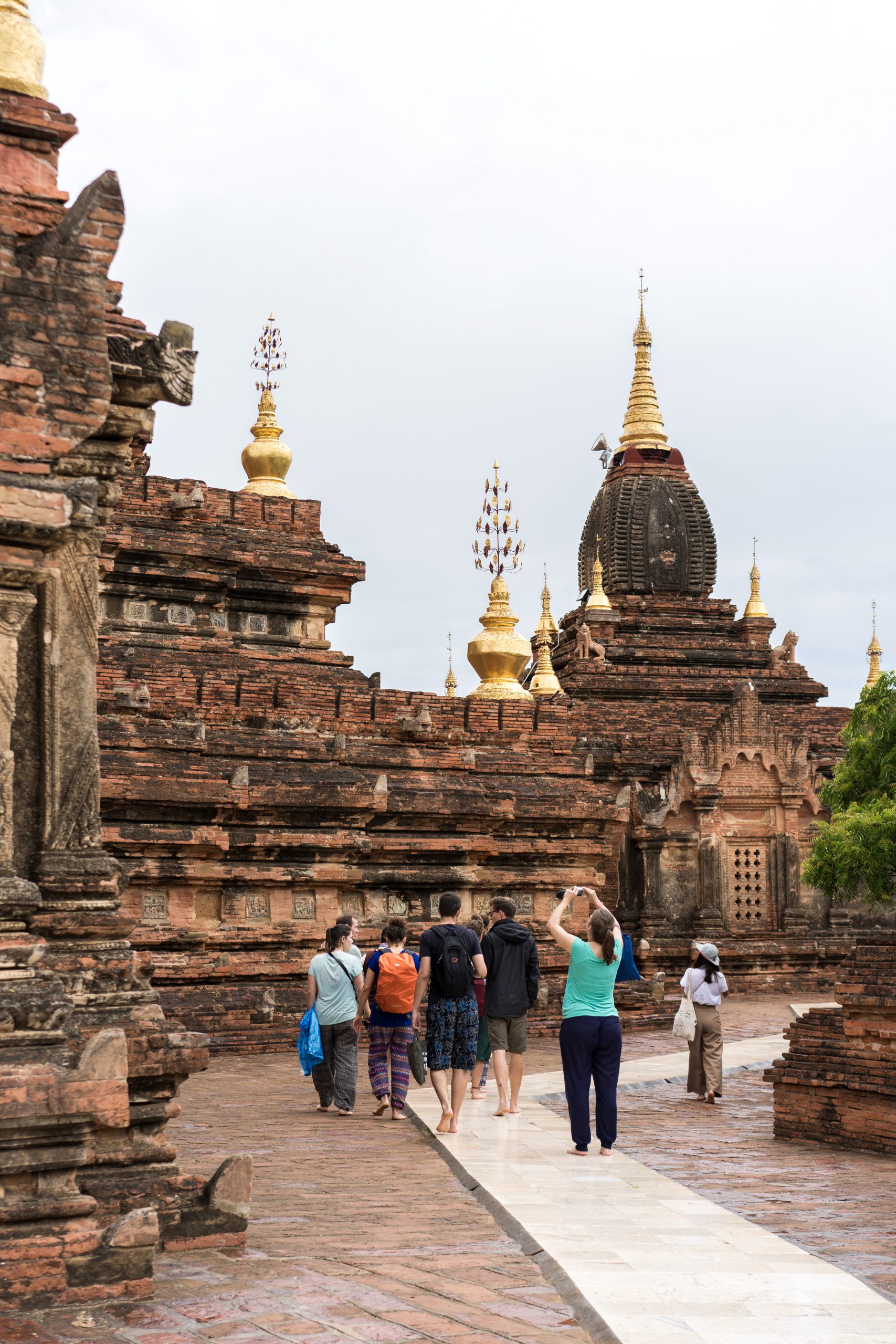 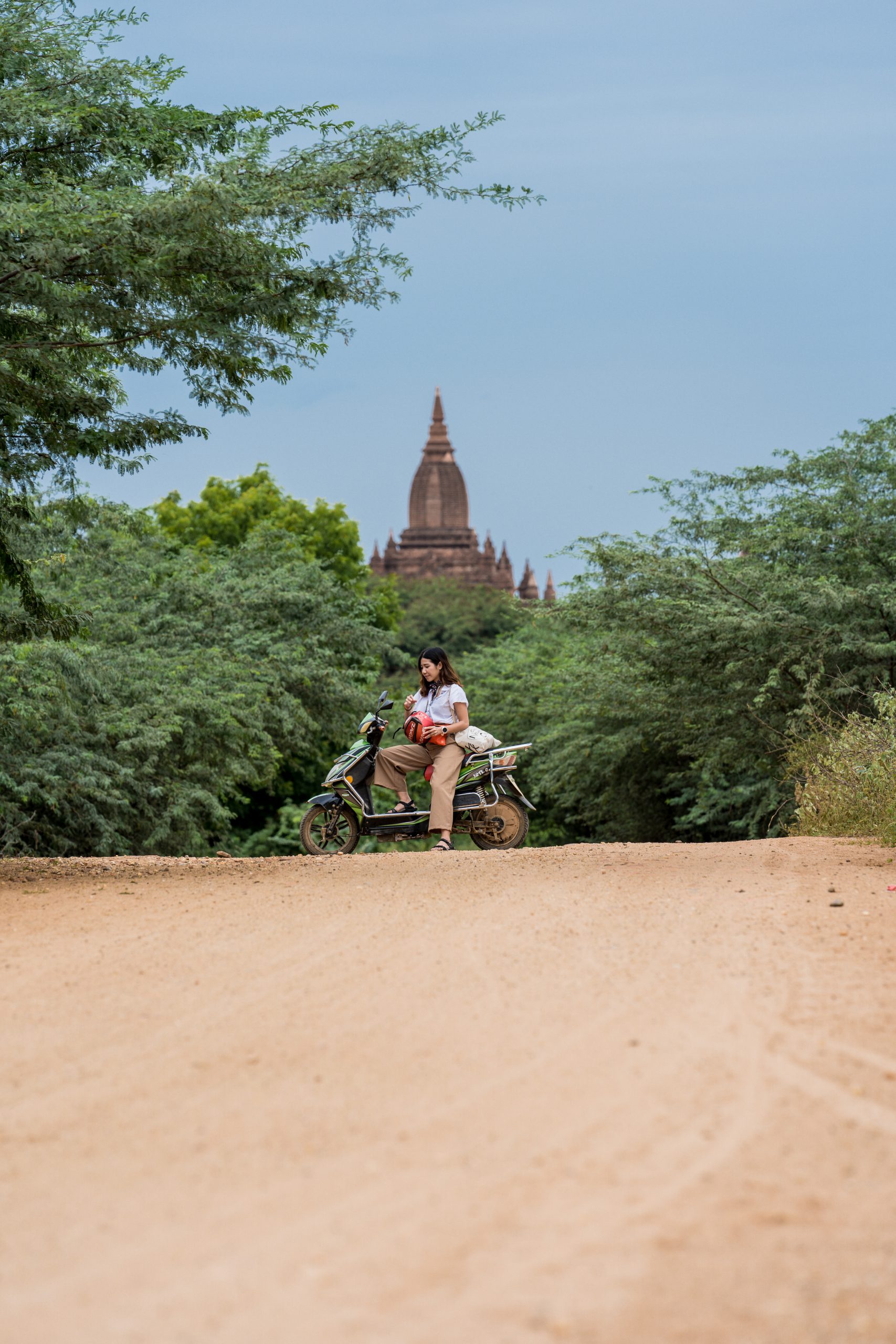 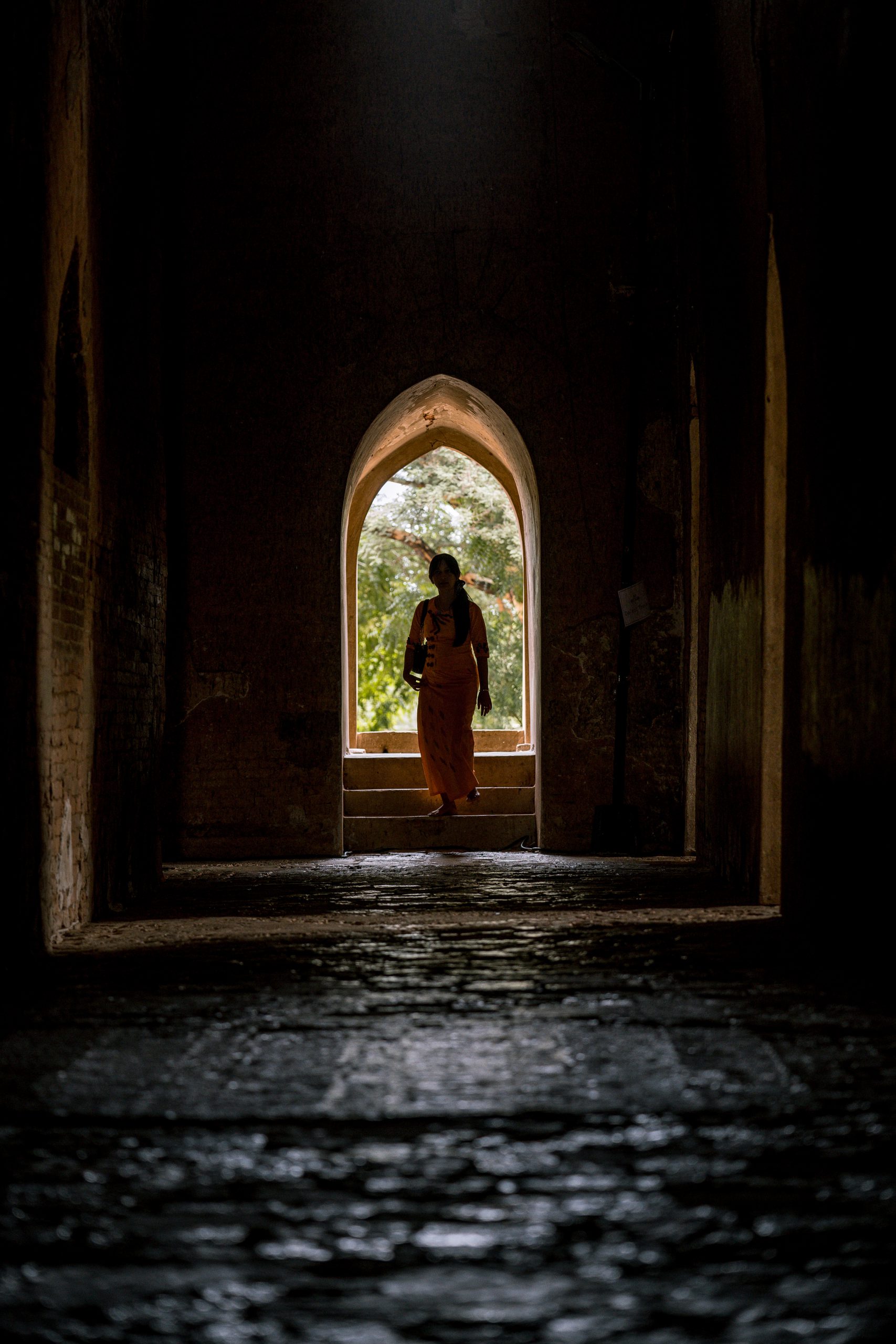 To catch the first light of the day, I leave the hostel on my e-bike in the half-light, following the traditional paper map provided by the hostel. The concierge is right – it’s easy. In no time, I reach Dhammayazika Pagoda – one of the few spots where people can still see the sunrise. Temple climbing has been prohibited for safety reasons. Unfortunately, it is pretty cloudy so there is no iconic sight of colourful hot air balloons.

I return to the hostel for breakfast and to join the group of touring people, before reaching Dhammayazika Pagoda once again. This time around, I learn more about the pagoda and Bagan in a nutshell. Dhammayazika Pagoda, built by King Narapati Sithu back in the 12th century, is outstanding with a colossal gilded pagoda in the midst of five dark brick structures enshrining Buddha images. The pentagonal layout of this religious site is hardly found anywhere else. Each of the five entrances pays veneration for four enlightened Buddhas, and one future Buddha. 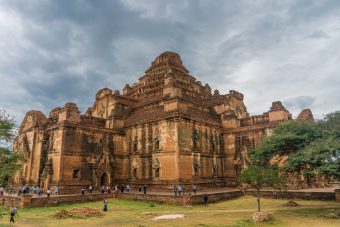 Moving on to the next site, the famous Dhammayangyi Temple was built by King Narathu (the father of King Narapati Sithu) in 1170, who was well known for being aggressive. The building of this temple is not at all a simple task, as the kind demanded that there should be no space at all (even the tiniest one) between each brick. However, he didn’t get to see the finished masterpiece as he was assassinated before the completion. Its construction halted right after the king’s death. Looking from the outside, the structure resembles a pyramid. The ancient murals along the hallways are worth witnessing as well.

The last spot I visit in the morning is Sulamani Temple, built by, again, King Narapati Sithu. The temple has exceptionally meticulous art on stucco and finest brickwork. Crowning the monastery is the Indian-style sikhara.

I have to leave at noon to be able to catch the afternoon bus. It was a shame having to leave early, and even before visiting the significant Ananda Temple and other monasteries. Thanks to the countless trees and affluent ancient sites, travelling on the bike never felt so good. It’s an experience like nowhere else.

My suggestion would be to spend at least three days here, as rushing is not the way to go in Bagan. So, now, I have reasons to return to one of my all-time favourite archaeological sites again. 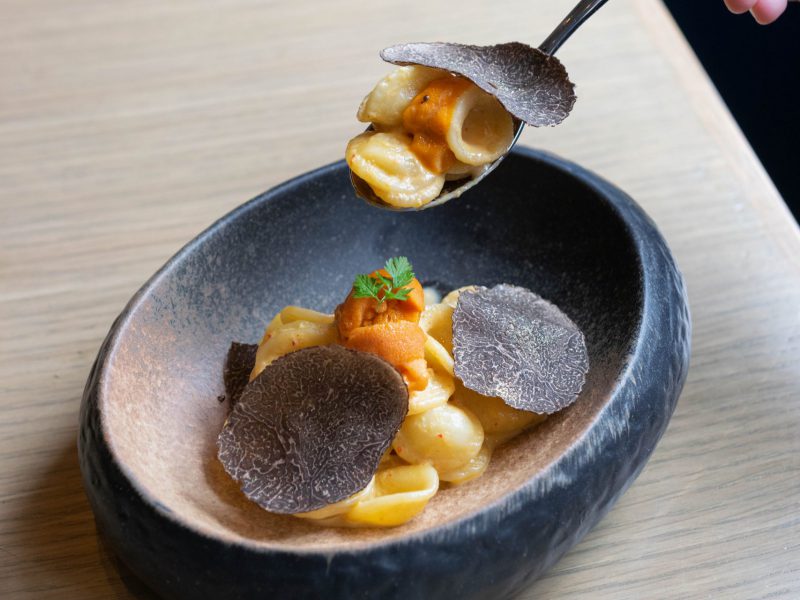 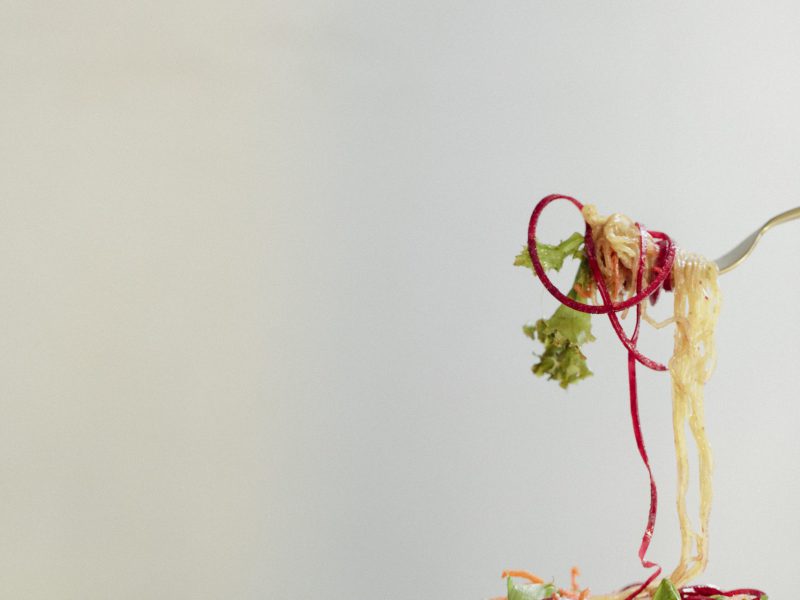 The Banyan Tree Group, one of Asia’s leading hotel brands for sustainability and environmental awareness, has announced that it will launch a range of organic, plant-based menus at its resorts around the world, starting in Thailand later this year. The Singapore-based Group said it has embarked on several collaborations covering different areas of the food chain, such as championing local procurement and sustainably sourced food through a partnership with two-star Michelin Chef James Noble. Together, Banyan Tree and Noble have broken ground on ORI9IN, a 350-acre gourmet organic farm in the fertile mountains of Chiang Mai, northern Thailand. Aside from supplying no fewer than 15 Michelin chefs at some of Bangkok’s most elite restaurants, MasterChef-turned sustainable farmer Noble said the joint venture will also include an on-site farm-to-table organic restaurant which is slated to open in October this year. Banyan Tree currently has three hotels in Thailand – in Bangkok, Koh Samui and Phuket, with a fourth, Banyan Tree Krabi, due to celebrate a grand opening in October 2020. The hotel group, which is highly reputed for its spa and wellness facilities, said it has also formed a partnership with Grassroots Pantry, a pioneering brand in Hong Kong, which is at the forefront of plant-based cuisine in Asia’s fine dining scene. A capsule menu based on plant-based, immunity-boosting foods and sustainable kitchen practices is to launch in the latter part of this year. The menu will debut at Banyan Tree’s Phuket venues followed by a roll-out at all of its hotels internationally. This new food-sourcing initiative at Banyan Tree complements an existing policy of enhanced hygiene and safety at its resorts worldwide – protocols introduced in the wake of the current Covid crisis. In 2019, Banyan Tree Group implemented a Code of Conduct for suppliers to map supply chain transparency in ingredients sourcing and promote socio-environmental practices to develop a sustainable supply chain. To date, over 900 suppliers have registered. For 2020, in line with marine conservation goals, the Group implemented a 25 percent benchmark of sustainable seafood sourcing by 2025 from sustainable fisheries. Banyan Tree Global Foundation said its experts will review seafood species served at each location and support identification of sustainably certified alternatives and opportunities for its properties.

All over the world, Aman has welcome guests to its exquisite sancturies for over 30 years, offering secluded retreats that graciously exceed every expectation in spectacular settings. Together with an unassuming and attentive service, and a host of bespoke experiences designed to cater to every whim, each stay transports guests from their everyday lives, creating lasting memories. With this is mind, Aman is pleased to announce the launch of the Aman Gift Card. Available to purchase for stays in any destination (excluding Aman’s four resorts in China) the gift card can be used towards any aspect of a visit; whether it’s a delectable meal at Aman Tokyo’s exclusive 12 seater sushi restaurant; a sunset cocktail on a private floating bar off Amanpulo’s shoreline in the Philippines; an exploration of Utah’s sweeping desert landscape on horseback from Amangiri, or a eucalyptus-infused massage in the Aman Spa at Amanzoe in Greece. The Aman Gift Card can be exchanged for accommodation, dining, spa treatments, retail or an array of adventures and activities. Presenting the perfect way to enrich a stay or to help celebrate a special occasion, the gift cards are available for order online at a value of between USD 10 and USD 25,000. Once ordered, the gift card is sent by post or via email to the purchaser or directly to the gift recipient, alongside a personal message. The guest is then able to present their gift card at the property for deduction from their bill at the end of their stay. Delivered instantly, enjoyed at leisure, the Aman Gift Card offers the perfect way to enrich someone’s stay. www.aman.com/gift-card Please click here for the Aman Gift Card Legal Terms & Conditions