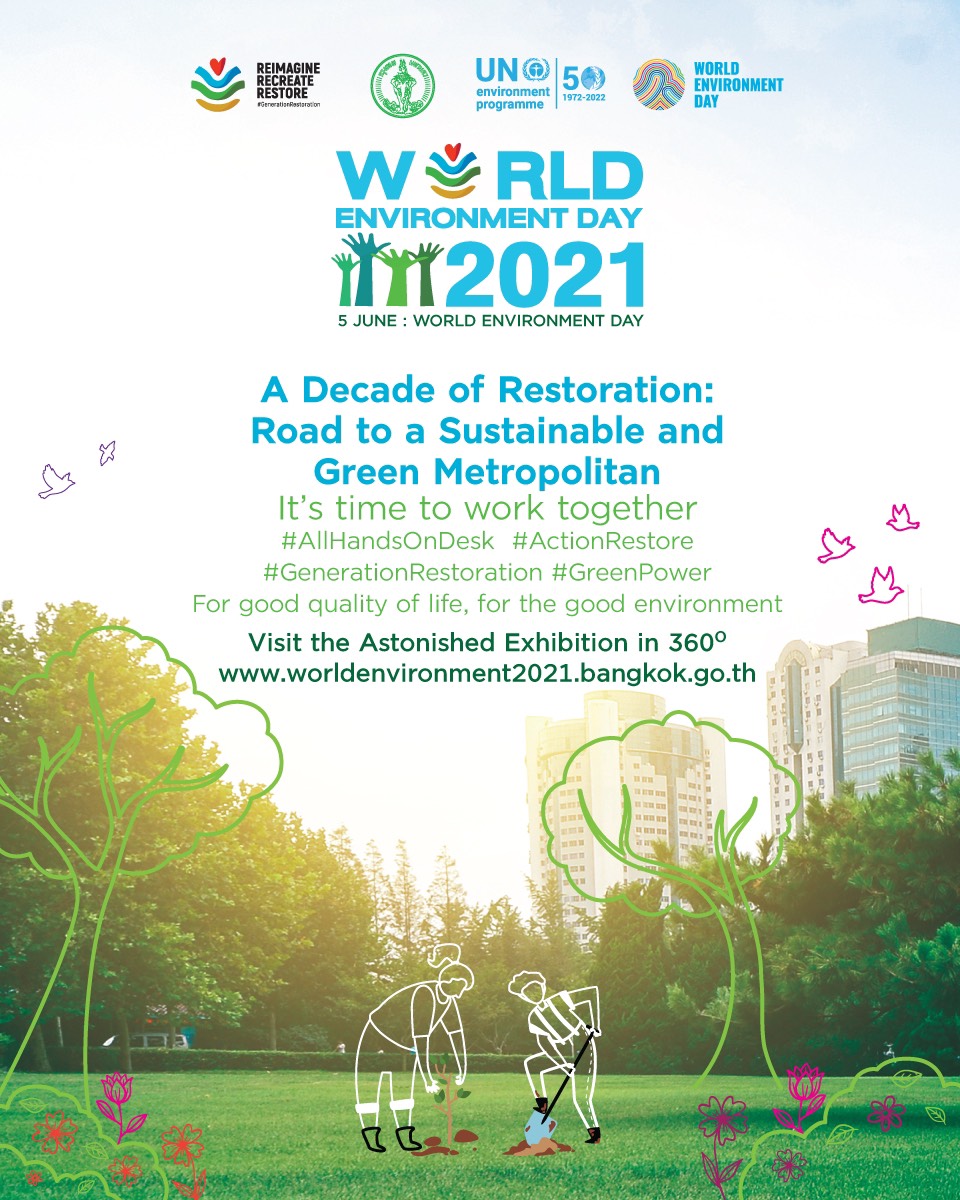 Since 2007, the Department of Environment at the Bangkok Metropolitan Administration (BMA) has organised the World Environment Day activities to promote public awareness among all sectors to participate in environmental protection together with world communities. As Thailand still faces the ongoing spread of COVID-19, BMA, in cooperation with UNEP and network partners, will organise environmental activities online under the theme of the Decade of Restoration Towards Sustainable Green Metropolis, campaigning for environmental protection, raising awareness on environmental issues, and inviting people to help restoring ecosystems of the metropolis. The activities will be available as 360° virtual experience. 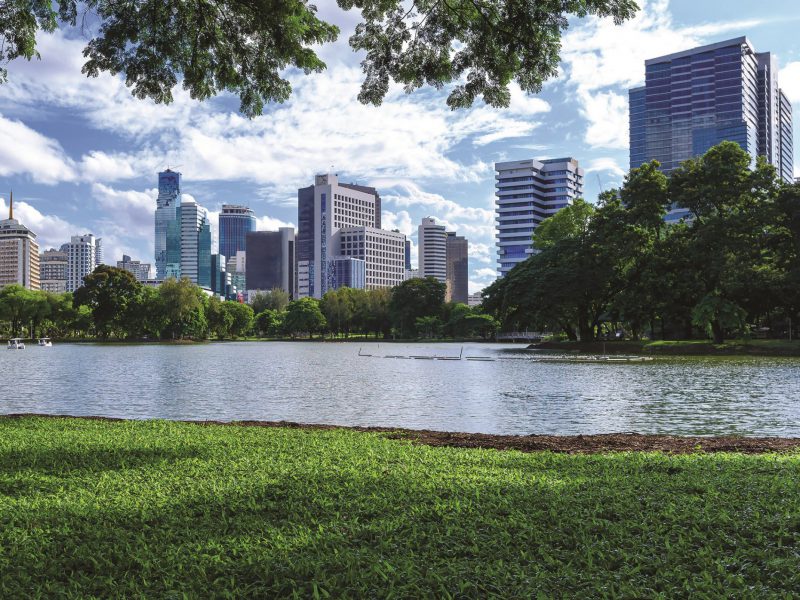 Bangkok’s Green Spaces to be Increased

By 2030, Bangkok will become greener with the Bangkok Metropolitan Administration's plan to increase green space per capita to 10 sq.m. per person. The 'Green Bangkok 2030 Project' is one of the major projects of the BMA to increase green spaces with cooperation from the people of Bangkok. To create sustainability, the BMA invites and encourage all sectors to become part of the green improvement. This includes the use of the BMA's master city plan in enforcing construction areas and unused public spaces along roads, on footpath, or on traffic islands to be transformed into green spaces. In this regard, the BMA has set up rules for the consideration of tree planting on the roads with traffic islands, aiming to infuse the sense of 'nature' into urban environments. For example, on traffic islands that are more than 3 metres wide, grass shall be laid and flowering plants, ornamental plants or perennial plants shall be planted; on traffic islands of 2–3 metres width, small-sized perennial plants, shrubs, and ornamental plants shall be planted. There are also rules for tree planting along the roads with footpaths: 3-metre-wide footpaths without awning shall have perennial plants planted; footpaths that are over 4 metres wide with awning shall have medium-sized perennial plants planted; and more. Choices of plant species to suit certain environments are to be taken in consideration as well. In case of trees along the roads or footpaths, suggested are trees of medium height (5–15 meters) with strong root system that don't require much pruning and trimming, and have capacity to absorb pollutions and trapping dust. In some areas, only ornamental plants or shrubs should be planted instead to avoid impacts to the communication cable conduit systems. For more updates, visit www.prbangkok-eng.com 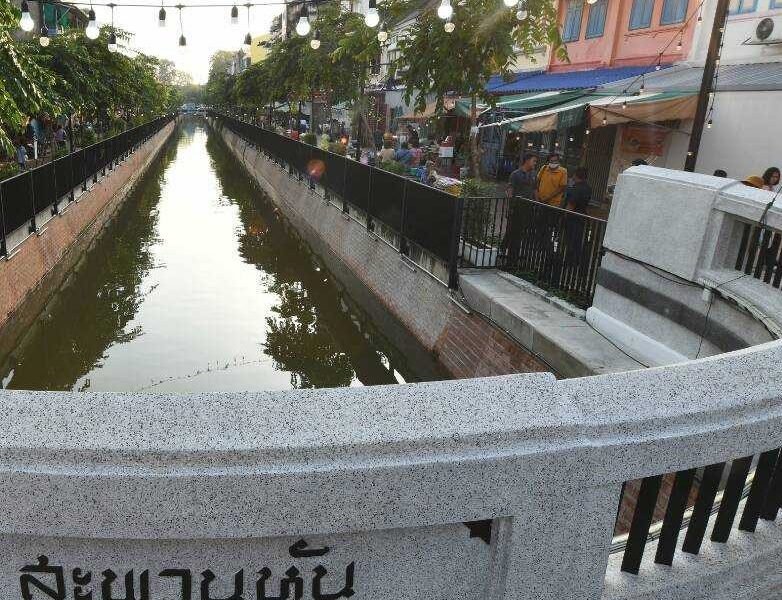 ‘Saphan Han’, the Historical Bridge Over the Ong Ang Canal

Since the reign of King Buddha Yot Fa Chulalok the Great (Rama I), Saphan Han in Sampheng area has long been a famous and bustling trade area of the royal capital in the past. Originally, Saphan Han was a bridge crossing Ong Ang Canal, also known as Rop Krung Canal (meaning 'the canal that rings around the city'). Back then, the bridge was just a single plank for people to cross the canal, with one side of the bridge firmly fixed, while the other side could be turned over to allow boats to pass through, and this is where the name 'Saphan Han', meaning 'the turning bridge', came from. Saphan Han had been renovated and modified several times, with the most prominent modification occurred during the reign of King Mongkut (Rama IV). It had been rebuilt with steel structure and wooden floor. Under the bridge, there was no iron wheels on the rail but it can be raised and moved to allow boats to pass through. In the reign of King Chulalongkorn the Great (Rama V), the bridge was once again reconstructed, using the design of bridges in Italy, to become a more curved wooden bridge with broader corridor. Along both sides of the bridge, there have been small rooms or shophouses for rent, with a walkway in the middle. It has been one of the most photographed bridges in Bangkok. The area of Saphan Han or Saphan Lek (meaning 'metal bridge') has been famous as a shopping spot for games, electronic devices, and toys (both legal and violating intellectual property law). Makeshift shophouses were built and encroached entirely around Ong Ang Canal. As a result, the bridge and the canal was polluted and full of garbage. At present, the Bangkok Metropolitan Administration has successfully reorganised and improved the landscape of this area with cooperation from vendors and hawkers who agreed to move out of the area. In addition, people living in vicinal communities also agreed to improve and renovate their houses. All these cooperation has helped transforming the Saphan Han area into an eye-pleasing spot, as well as a tourist attraction with charming atmosphere of historical communities. For more news on Bangkok, visit www.prbangkok-eng.com 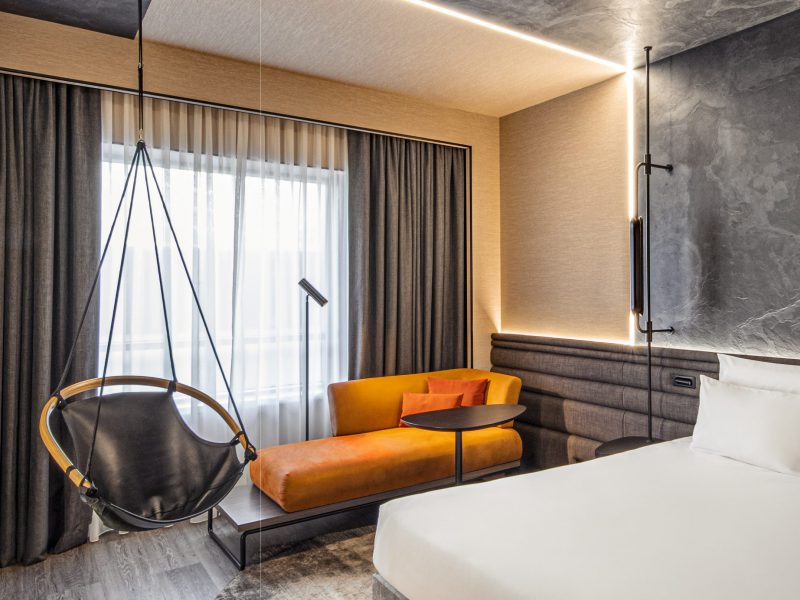 Design Evolution at Novotel All Over the World!

In collaboration with outstanding design teams, Novotel has embraced new design concepts to turn the brand into a hospitality leader in the midscale hotel space. The new designs will be the next paramount chapter of the brand, transforming the hotels' signature experience into a whole new level. The four non-standardised concepts will be applied at Novotel locations across the globe. The modern, intuitive and ageless designs incorporates high-quality, sustainable materials. The teams and their winning design submissions include: RF Studio - adaptable, sustainable, easy to renovate, this concept delivers a homey feeling and unexpected atmosphere; guests are encouraged to discover a new way of hotel living and feel like they are at the heart of a village. Metro - modelled around Novotel’s of "Time is on your side", this modern design concept features natural tones and raw materials, inviting guests to enjoy a multifunctional and flexible space that evolves throughout the day. Sundukovy Sisters - This concept blends business with pleasure and mixes well-being among unique ‘co-living’ spaces that embrace lively, social surroundings, current trends and timeless comforts. Hypothesis - With a focus on reducing not only physical waste, but also reducing wasted space and time, this design concept allows guests to achieve the balance they seek during their stay. "Novotel is endowed with strong brand characteristics and a history of innovation and excellence within the global hospitality industry. We were inspired to build upon these strengths, with the goal of continuing to offer the best guest experience amid the evolving expectations of locals and international travellers alike," said Damien Perrot, Global Senior Vice President of Design at Accor. "We pushed the boundaries to conceive modern, intuitive design ideas, where the way we organize the space, the decor and every single object or element serves a specific purpose. All the chosen designs responded to this request brilliantly, allowing us to re-interpret the way we design Novotel hotels around the world. We look forward to writing the next chapter in the brand's acclaimed success story and to taking Novotel to new heights in the years to come." Over the next several years, guests can expect to see these new designs appearing at a number of Novotel locations worldwide.