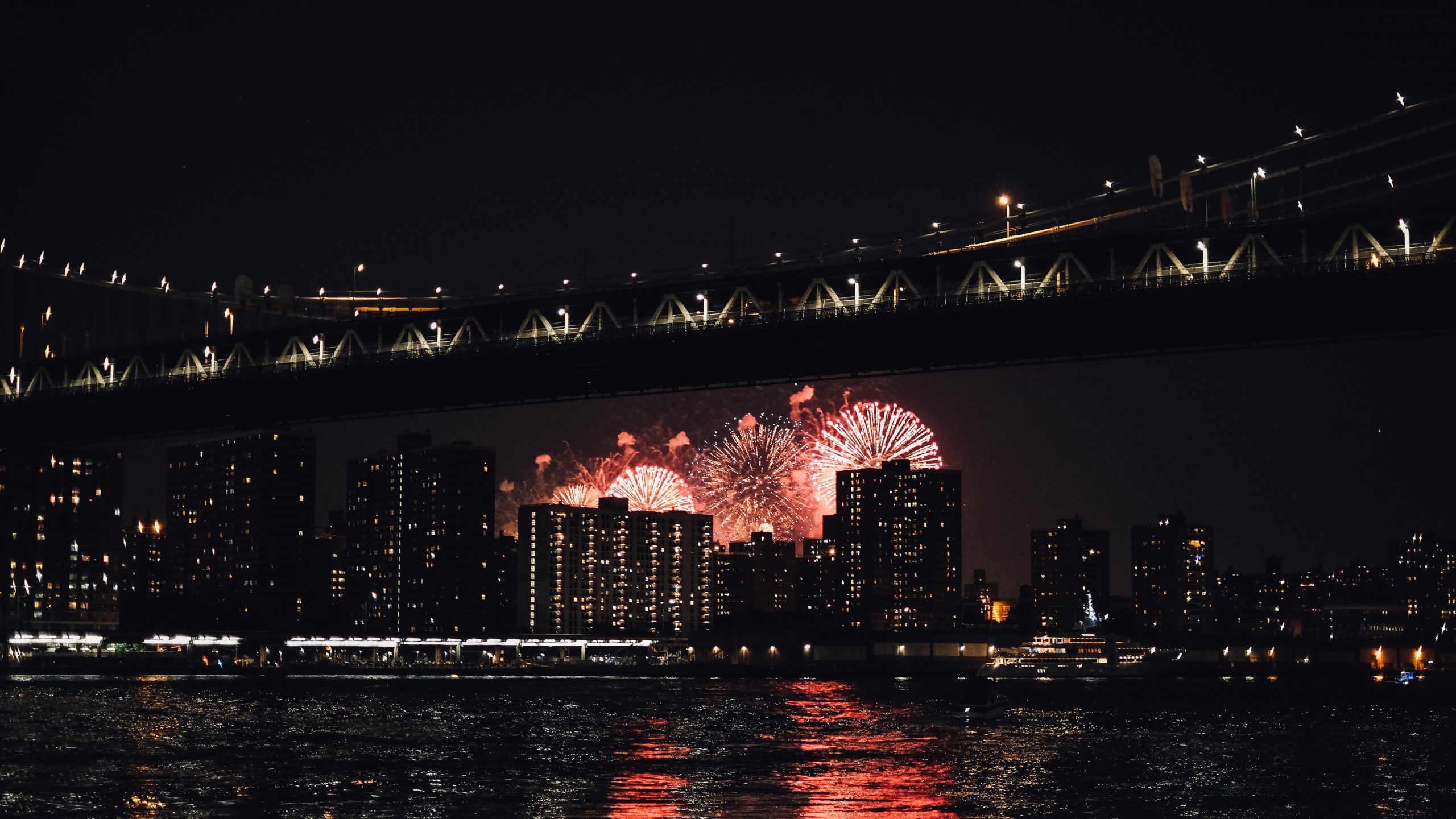 From the iconic Macy’s Thanksgiving Day Parade—which officially kicks off the holiday season—to the Christmas Tree Lighting at Rockefeller Center and the New Year’s Eve ball drop in Times Square, New York City offers unparalleled experiences for visitors and locals alike. NYC hosts classic and surprising ways to celebrate the holidays with vibrant performances, tours, lightings and more taking place from early November into January. These include the awe-inspiring window displays at stores such as Saks Fifth Avenue, Macy’s Herald Square and the new Nordstrom Women’s Store, and the return of the NYC Winter Lantern Festival in Staten.

Following are 25 things to see and do across the boroughs this holiday season in New York City.

One of New York’s beloved traditions includes a 13-foot tree and 1,000 origami models. Hosted at the American Museum of Natural History, the

signature Origami Holiday Tree has been an annual tradition for over 40 years. Volunteers, including local, national and international origami artists, fold year-round. Each year, the tree features a different theme relating to special exhibitions or collections at the museum.

The NYC Winter Lantern Festival is returning for a second year to Staten Island. Sponsored by Empire Outlets and venue partner Snug Harbor Cultural Center & Botanical Garden, eight acres at Snug Harbor will be lit up by more than 50 LED installations. The LED lanterns will be accompanied by live performances of traditional Chinese dance and art.

Returning for the first time since 2007, the stunning light displays at the Bronx Zoo will cover several acres in a walk-through experience with wildlife-themed LED displays, custom Asian lanterns and animated light shows on Astor Court. Entertainment will include holiday-themed music, performances, ice carving, train rides, seasonal treats and souvenirs.

Holding the record for the largest gingerbread village, Gingerbread Lane at the New York Hall of Science is back and more edible than ever. Visitors are invited to witness the vast collection of gingerbread structures which are embellished with candy canes, chocolate and frosting.

parade begins at 9 am on 77th Street and Central Park West and makes its way to 34th Street and Seventh Avenue.

As New York City’s first-ever outlet destination, Empire Outlets will ring in the holiday season starting with a special Black Friday sale and their first annual festive tree lighting ceremony. The outlets, easily accessible by the free Staten Island Ferry from Lower Manhattan, will be adorned with thousands of lights, garland wraps and a 40-foot tree. Holiday revelry will be available for all visitors and families with live music, caroling, in-store shopping deals and promotions.

For a unique venue, head to the 1832 Merchant’s House Museum in Greenwich Village as an actor portrays Charles Dickens and shares this memorable Christmas story in the Greek Revival double parlor November 29–January 4.

The Players Theatre will present their 11th annual A Christmas Carol the Musical December 1–30 in Greenwich Village. Select performances include a free family workshop before the show.

A Christmas Carol at Queens Theatre brings back their fresh and fast- paced musical production December 6–22. The cast transports the audience to Victorian England to experience Scrooge’s iconic journey.

Experience Christmas in the Bronx’s Little Italy at the Belmont BID Arthur Avenue Tree Lighting. The annual event features a visit from Santa, cookies and hot chocolate among the twinkling lights. Explore the neighborhood following the lighting and warm up with an authentic Italian dinner.

Considered one of Brooklyn’s most popular holiday attractions, the Christmas Lights Tour of Dyker Heights is home to the most extravagant

and glamorous display of Christmas lights across New York City. A Slice of Brooklyn Tours gives an insider look at these bright and cheerful neighborhoods.

23 Days of Flatiron Cheer will include free, holiday-themed events showcasing the intersection of shopping, dining and culture in this vibrant neighborhood.

During December, the Bronx Academy of Arts and Dance presents its annual Los Nutcrackers: A Christmas Carajo! This gay, Latino comedic play intertwines two holiday classics: The Nutcracker and A Christmas Carol.

The famous St. George Theatre presents its annual Holiday Doo Wop Spectacular featuring rhythm and blues. Audiences can enjoy the soulful presence of critically acclaimed performers such as: The Vogues, The Crystals, Eddie Holman and the Fireflies.

George Balanchine’s The Nutcracker at the Lincoln Center Plaza brings the classic Christmas Eve tale to life with breathtaking music and choreography. Visitors are invited to experience the magic in Manhattan from November 29 to January 21.

The Nutcracker at the Salzburg Marionette Theatre is coming to Flushing, Queens on December 4 with a twist on the original characters. A historical puppet cast that is hand carved and traditionally painted is bound to entertain children and adults alike.

The Brooklyn Nutcracker at Kings Theatre is a re-imagined holiday classic opening its doors on December 14. The production transforms familiar Nutcracker characters and scenes to represent the diverse traditions and vibrant culture of melting pot Brooklyn.

The iconic Apollo Theater, celebrating its 85th anniversary in 2019, hosts a variety of holiday events at the iconic Harlem theater this winter. On December 14, gospel choirs from the Harlem community will perform for free under the theater’s famed marquee in the return of holiday favorite Coca-Cola Winter Wonderland followed by the Amateur Night Holiday Special showcasing recent winners of the show’s “Apollo Stars of Tomorrow.” Gospel legends Yolanda Adams and Donald Lawrence headline the return of the theater’s annual concert Holiday Joy: A Gospel Celebration on December 21. As a grand finale, the Apollo Theater celebrates its annual Kwanzaa Celebration on December 28 featuring the renowned dance company Abdel Salaam’s Forces of Nature Dance Theatre and guest performances.

This Christmas season experience the taste, smell and touch of centuries past at Historic Richmond Town. Step back in time while touring the unique New York town which is illuminated by candles and oil lamps. Reservations are not required, but they are recommended.

One of New York City’s most unique and delicious holiday tasting events, the Latke Festival is a charity event that celebrates the best and most creative potato pancakes in New York City.

The Melrose Holiday Parranda follows in the footsteps of Puerto Rican holiday caroling with a procession based on plena music and other holiday songs from the island. The festive parade will be led by members of the Bronx’s music and cultural community and is co-sponsored by the Bronx Council on the Arts, Bronx Music Heritage Center and We Stay/Nos Quedamos Committee.

Both the Manhattan and Brooklyn Grand Army Plazas host competitors in the race for the World’s Largest Hanukkah Menorah. The Largest Menorah in Brooklyn has been lit since 1985, and the annual concert to kick off the holiday will be held on December 22.

Each year, millions of viewers watch the Times Square Ball Drop from New York City and around the globe. The Waterford Crystal Times Square New Year’s Eve Ball sparkles in Times Square for visitors to see all season, but its descent on December 31 is a spectacular, once-in-a- lifetime way to ring in the New Year. 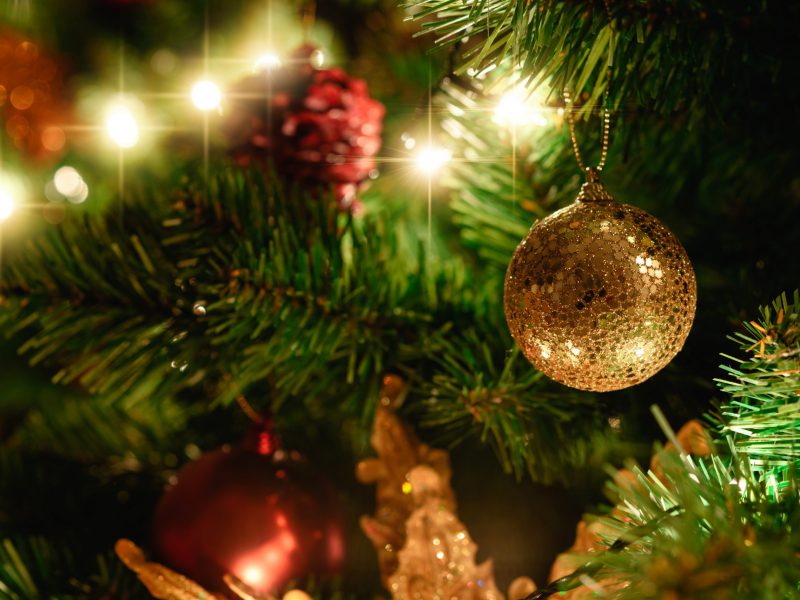 Savour the flavours of the holiday season with a line-up of epicurean celebrations at Silavadee Pool Spa Resort Koh Samui. Starting with the opening ceremony on December 20th to the New Year’s Eve Gala Dinner on December 31st there will be activities for each taste and age available to not miss the festive spirit . CHRISTMAS LIGHT-UP CELEBRATION AND COCKTIAL RECEPTION Resident Guests at Silavadee are invited to open the festive season on December 20th from 06:00 pm onwards with a complimentary Cocktail Reception, live music and a joined “lighting ceremony” to set the mood for this year’s festive season. MOET CHANDON CHRISTMAS AFTERNOON TEA Enjoy a slow Afternoon over our Christmas inspired three-tiered Afternoon Tea presented with a glass of Moet Chandon Champagne. Silavadee’ s Pastry Chef will have some wonderful sweet, festive treats prepared along with delicate, classic tea Sandwiches. A signature Tea with a blend of aromas and spices will add the extra touch to bring back memories of cinnamon, cardamom and Vanilla which are all reminiscent of the Christmas season. Afternoon Tea is available daily starting on December 21st between 2:00-05:00 pm at Moon or Sun Lounge and is priced at 1899 THB net per set for two guest including one glass of Moet Chandon per person and at 899 THB net per set without Champagne. ONCE IN A LIFETIME DOM PERIGNON EXCLUSIVE PRIVATE DINNER The festive season is a perfect opportunity to create special, lifetime moments. A team of professionals will create exactly this for only one couple per evening at the resorts most iconic spot “Sundeck”. Meet the Khun Pamon, Executive Chef at Silavadee and Khun Vee, Food and Beverage Manager to customize your Menu, music and set up for a 6 course, crafted menu. A bottle of Dom Perignon Champagne, one of the most prestigious Champagne of the world will await you during dinner time. A private Chef and personal host will cater to your every need during your dinner.  This sophisticated dinner is available only with 24 hrs advanced notification between 21st and 30th December and only for one couple per evening and is priced at 25.000THB net per couple including 1 bottle of Dom Perignon. CHRISTMAS EVE BUFFET DINNER Gather friends and family and enjoy a festive Buffet Dinner full of flavors from East and West with a special appearance of Santa Claus and live Christmas Carols by the “Silavadee Elves” Starting at 06:30 pm onwards on December 24th at Moon Restaurant priced at 1,890 THB net including soft drinks. Children aged 4-11 years pay half price. OPERA MEETS POP & CHRISTMAS CAROLS “A 6 COURSE OPERA DINNER UNDER THE STARS” The Highlight at Silavadee and the Highlight on Samui Island for this festive season will be an unforgettable Opera dinner at STAR Rooftop Restaurant. Enhance Christmas Day and be enchanted by “HOMMALI” a Quartet form Bangkok who will perform the finest of seasonal Opera, Pop and Christmas Carols along a six course dinner menu crafted by Chef Pamon and his culinary team. “Hommali”, are four talented and professional Opera Singers who will engage 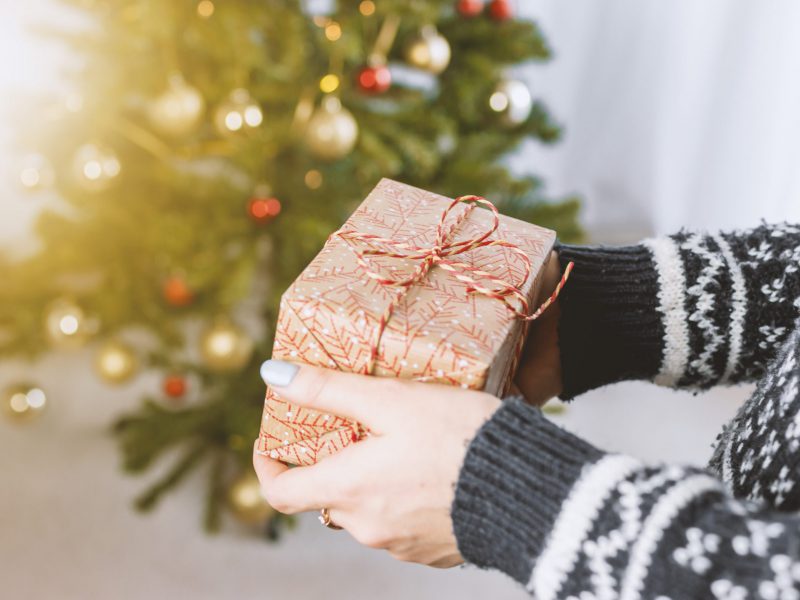 Wellness Gifts For Your Wellness-loving Family And Loved Ones 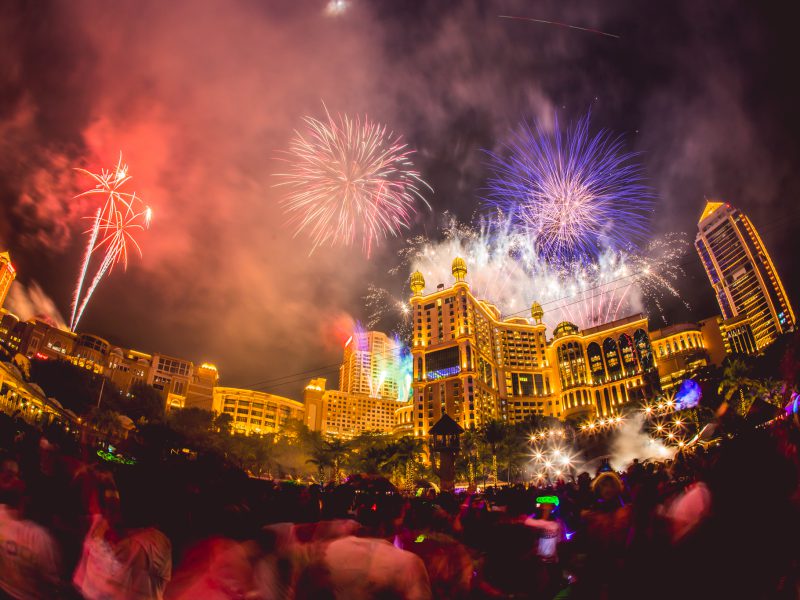 South-East Asia’s wildest New Year’s Eve celebration is back to help you ring in 2020! In recent editions, NEON Countdown has conquered Malaysia and become one of the largest music festivals in the country. Following on from this, in 2018 NEON reaffirmed its reputation as Asia’s fastest-growing paint party by expanding into Thailand, with other destinations planned for the near future.  This time round, Neon Countdown has joined forces with the renowned Meta Music Festival to bring you Meta: The Rebellion of Neon Countdown. Attendees are warmly invited to celebrate the end of the decade with a myriad of international and local DJs, creating a community built on the brand’s core values: love music and experience.  Confirmed line-up for the festival are Dimitri Vegas & Like Mike, who have just been crowned as DJ Mag’s No. 1 DJ in the entire world! Not only that, but Armin van Buuren (currently no. 4 on the list and the highest ranking of all trance acts) will also be headlining the event. The bar has already been set extremely high with the announcement of these two world-class artists.  Vini Vici, the most iconic psytrance artist in the world, their cataclysmic, yet authentic and mesmerizing sound took them away beyond the psychedelic world spectrum. Following after, Valentino Khan, Will Sparks, Ben Nicky, Dimatik and many more.  Slap that paint across your face and watch the Show DC Arena come to life under the ultraviolet glow; it won’t just be the skies that are lit up this December. With extravagant production scale, this 2020 countdown will be the event to be waited for. There aren’t really enough words to describe the level of production at the stage, one must simply experience them in person.  Each night promises to be a beautiful display of color and coordination, and the closing night is bound to be a true spectacle. Fireworks are designed to for the beautiful countdown. NEON Countdown Music Festival 2019 take place on December 30-31 2019 at SHOW DC. Phase One Tickets are 2,500 baht. For more information, contact Facebook page NEON on Messenger.