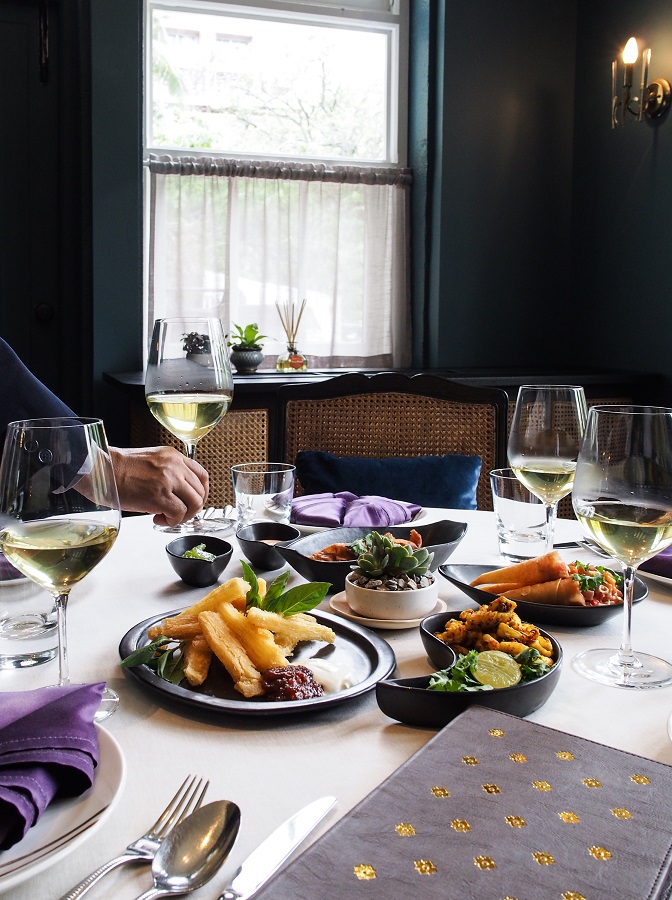 Dine at Baan Dusit Thani, Get Free Stays at Dusit Hotels and Resorts in Thailand!

From now until 31 October 2020, Baan Dusit Thani, Dusit International’s unique standalone restaurant concept, is now giving diners the chance to enjoy complimentary accommodation for up to two nights at participating Dusit Hotels and Resorts in Thailand for diners who spend THB 7,000 or more on food and drinks at any of Baan Dusit Thani’s signature dining outlets – including Benjarong Thai Restaurant, Thien Duong Vietnamese restaurant, or Dusit Gourmet and Garden Bar – will be instantly rewarded with a Dusit Treats Stay Voucher redeemable for a midweek stay (Sun – Thurs) at the property of their choice through 31 March 2021.

Voucher holders can opt to enjoy one night’s accommodation at:

Voucher holders who are members of Dusit’s guest recognition programme, Dusit Gold, will receive an exclusive complimentary room upgrade for their stay. 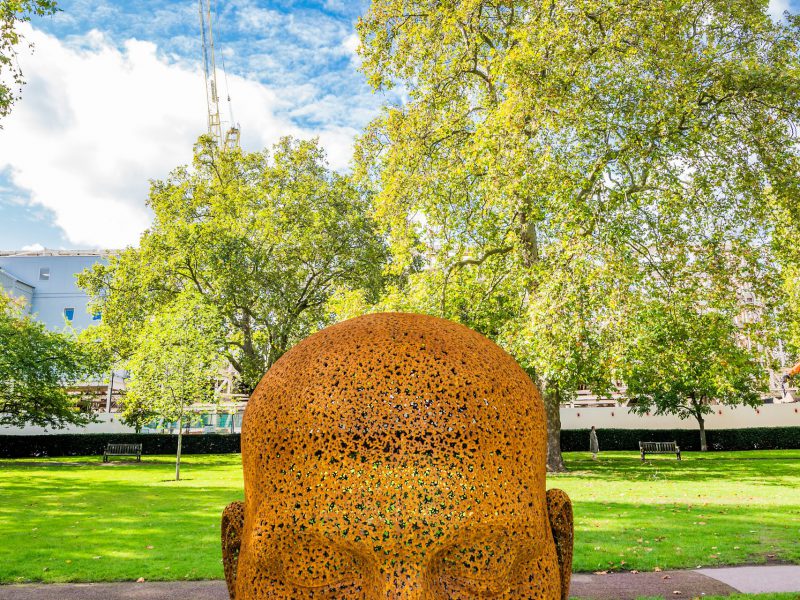 Throughout October, Bond Street’s Opera Gallery will present 3 outstanding sculptures by Manolo Valdés, Anthony James and Seo Young-Deok as part of the Mayfair Sculpture Trail.   Internationally-acclaimed Seo Young-Deok’s meticulous manipulation of bicycle chains in Meditation 1554 can be found at Grosvenor Square. Each iron piece is welded together to become a part of the dynamic system of interconnectivity exhibited in human forms. While the material may be physically strong, the true strength exhibited is that of the human spirit. The exceptional work by the Korean artist often showcases the suffering and decay from the experience of his family’s generation working in Korea’s industrialisation era.   Manolo Valdés’ Reina Mariana is just a stone's throw away from Bond Street. As one of Spain’s most famous living artists, Manolo Valdés finds inspiration from old masterpieces by the likes of Velázquez, Rembrandt or Goya, using them as a pretext for creating a new aesthetic. His work possesses the quality of timelessness, creating connections between the past and present, the old and the new. In Reina Mariana, Valdés re-contextualises Diego Velázquez’s Queen Mariana (1652-1653) - a highly recognisable portrait of the second wife of Felipe IV. The change in morphology and meaning that occurs throughout Valdés’ representations of Velázquez’s image can be seen in this work.   On display beside Bond Street’s Louis Vuitton store is a mesmerising LED glass vitrine Crystal 001 by world-renowned light sculptor Anthony James, implementing the concept of crystallisation, one that is found in nature, and used computer programming to mimic naturally forming polycrystalline shapes. The artist allowed an organic digitisation which parallels crystals formation, even allowing for external influences to cause variations. The sculpture’s multifaceted mirrors, glass and hallucinogenic surfaces allow the public to engage with the work with its meditative and limitless qualities. Other highlights of the Mayfair Sculpture Trail also include Antony Gormley’s ‘Cinch’ perched on the north façade of Burlington Arcade and Henry Moore’s ‘Time-Life Screen’ above Hermès – what was Time Life Building – also on New Bond Street. The Mayfair Sculpture Trail is a collaboration with Westminster City Council and Art in Mayfair, and in partnership with Burlington Arcade, Cork Street Galleries, Wander Art, Grosvenor Britain & Ireland, and Art of London. It has been created with the enormous support of the galleries (Opera Gallery, Carpenters Workshop Gallery, Gazelli Art House, JD Malat Gallery, Waddington Custot, The Mayor Gallery + Gormley’s Fine Art, and Timothy Taylor) and their artists, in partnership with which we are delighted to present the artworks which follow. 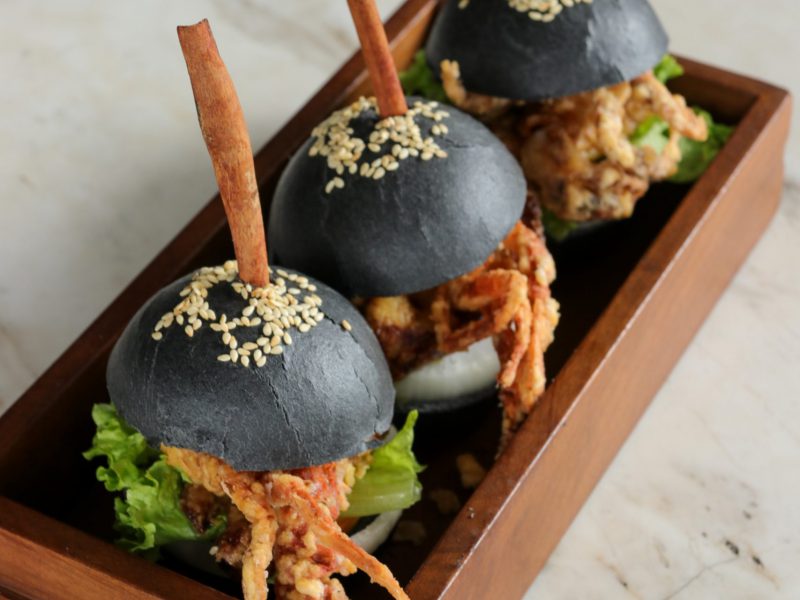 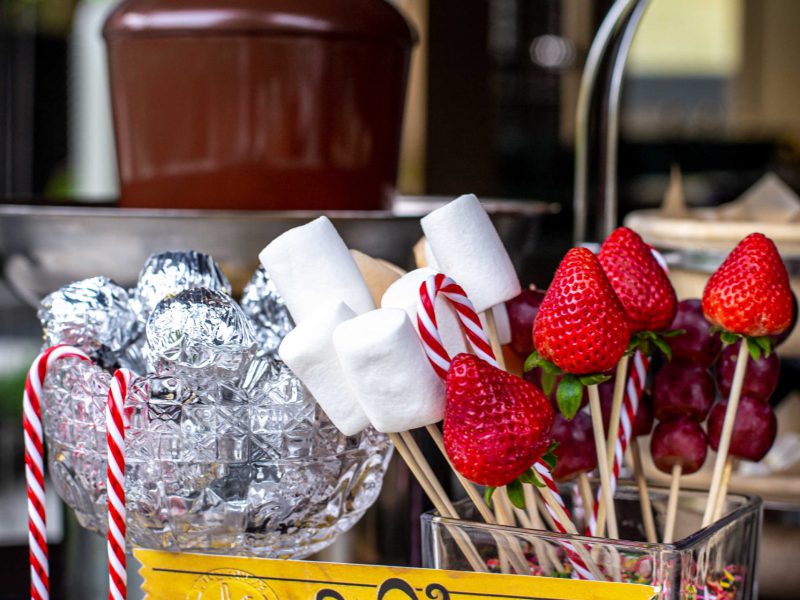 This October, Avani+ Hua Hin Resort’s presents an elevated family time that brings storytelling and adventure to your breakfast table by transforming the space into a magical wonderland! On 24 and 25 October 2020, bookings for all rooms, villas, and suites will receive a complimentary access to the creatively-themed "Breakfast in Wonderland" inviting you and your kids to venture through tropical beaches of “Pirates of the Caribbean”, a winter heaven of “Frozen”, and a world filled with sweet treats of “Charlie and The Chocolate Factory”. The ad-hoc wonderland comes live culinary stations, beautiful balloons and makeup artists, magicians and costumed characters, AvaniKids games to keep the little ones busy after breakfast, as well as decadent chocolate treats of Willy Wonka, a Frozen-inspired selection of flavoured yoghurt mousses and sorbets and treasure chests overflowing with delightful flavours. Reachable within only 2.5-hour drive from downtown Bangkok, the family-friendly Avani+ Hua Hin Resort boasts 2 swimming pools and a scenic lake, oceanfront dining, sprawling tropical gardens and an AvaniKids’ club with a dedicated kids' pool. Price starting from THB 9,643++ (or starting from THB 6,643++ under "Rao Tiew Duay Kan" (We Travel Together) campaign. To book your stay and experience the resort's ‘Breakfast in Wonderland’, please call +66 (0) 32 898 989 or email avaniplus.huahin@avanihotels.com