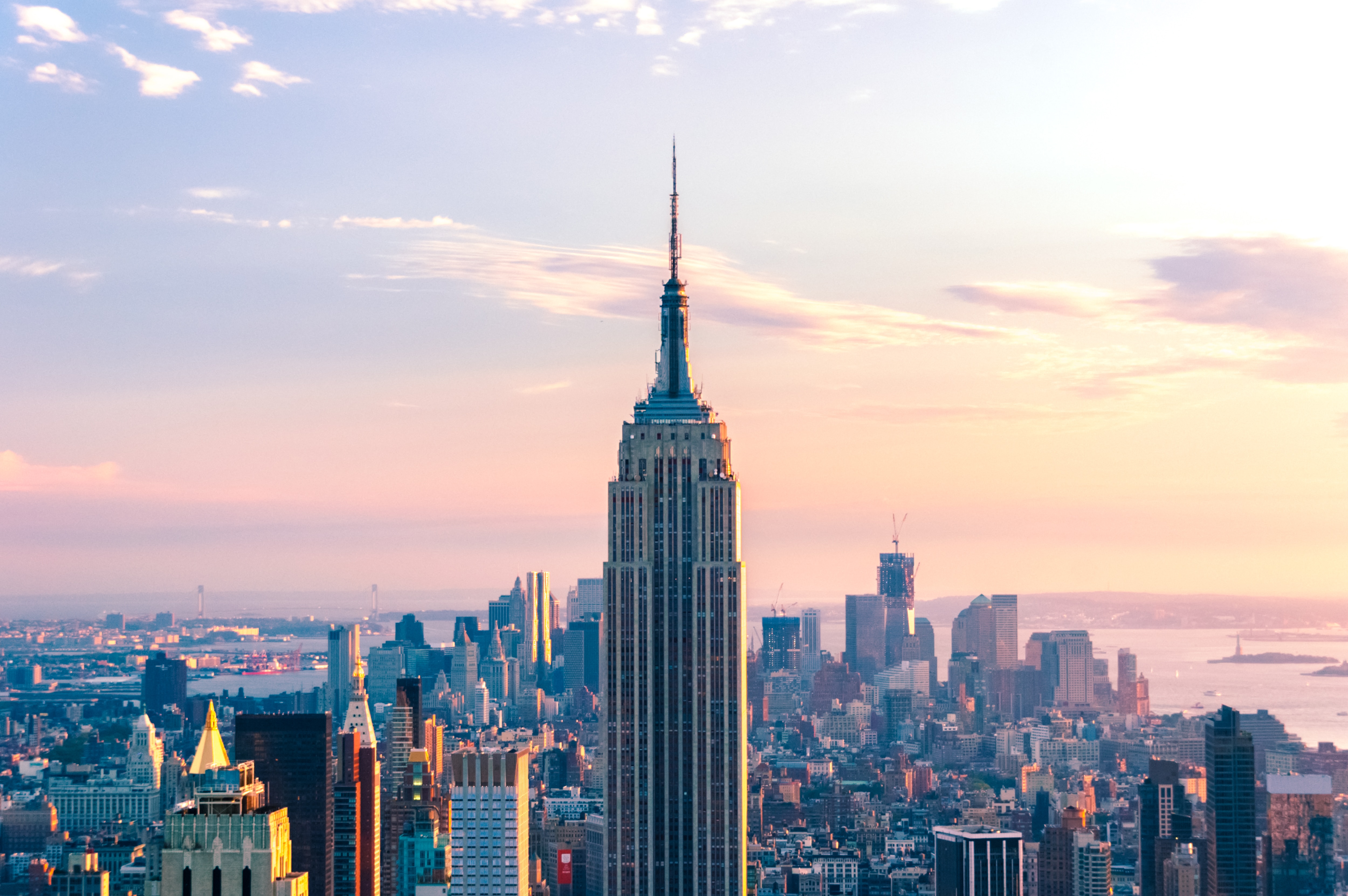 The Empire State Building (ESB) today announced the second phase of its top-to-bottom reimagined Observatory Experience. Opening to the public on July 29, 2019, the $165 million project presents the only museum in New York City that is open seven days a week from 8 a.m. to 2 a.m. Located on the second floor of the international icon, the 10,000 sq. ft galleries invite Guests on a journey from the building’s construction to its current place in pop culture. Named the most Instagrammed U.S. landmark in a study conducted by Sony Mobile, the new galleries feature immersive and interactive exhibits that fulfill the desire of today’s modern traveler to share authentic experiences – all as they make their way to the one-of-a-kind views from the 86th Floor Observatory. 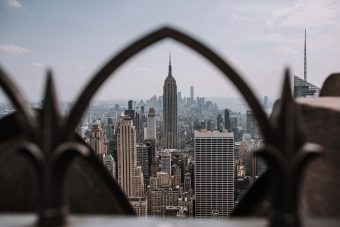 The galleries through which visitors travel to experience ESB’s famous views from the center of New York City include:

The Site in the 1920s: A black-and-white panoramic image depicts the site of the original Waldorf-Astoria Hotel as construction of the Empire State Building begins. Through building surveyors, Guests can look in and see the New York City streets of the late 1920s come to life in full color.

Construction: Inspired by the photography of Lewis Hine, visitors will be transported back in time as hot rivets, and steel beams fly overhead, and the sounds of New York City come alive in surround sound. Visitors can also interact with specially commissioned cast sculptures of construction workers as they work and take their lunch break.

Opening Day: The excitement of opening day is palpable with a newsboy announcing the opening of the Empire State Building as he sells his papers on the streets of 1930s New York City

Modern Marvel: The Modern Marvel exhibit outlines the specific measures taken to make the Empire State Building a world leader in sustainability and a leading example in energy efficiency.

Otis Elevators: Otis delivered the groundbreaking technology that made the towering height of ESB possible. In a dedicated exhibit, Otis showcases not only how the original elevators operated, but teaches visitors about the latest technology installed in the newest elevators, which transport more than 10 million tenants and Observatory Guests each year. Visitors will also walk through a simulation of an actual elevator shaft and feel the energy created by the movement of the cars up close.

Urban Campus: Very few visitors to the Empire State Building are aware of what goes on in the nearly 100 floors they don’t see. Urban Campus offers a glimpse into some of the major tenant spaces, amenities, and hidden views of the building as experienced by those who work there. The exhibit highlights some of these contemporary internet-age businesses, visible through peepholes that give guests an insider’s view of what these high-tech offices are like.

World’s Most Famous Building: Set to an original score commissioned for this exhibit, more than seventy screens display highlights of ESB’s starring role in pop culture from every decade since the 1930s. Visitors from around the world will recognize the hundreds of movies, TV shows, commercials, cartoons, comic books, and video games that feature the world’s most famous building.

King Kong: Visitors walk into an office from the 1930s where the famous, giant ape’s fingers pierce the walls as he dangles from the building and dodges vintage fighter planes.  Those brave enough can even step into Kong’s hands – but beware, you might feel the power of this fearsome ape firsthand!

Celebrity: The Empire State building is a popular destination for A-list celebrities and worldwide talent with many famous faces from around the globe visiting its world-famous 86th Floor Observatory. This exhibit highlights some of the most-famous visitors (athletes, musicians, actors) with their images and signed memorabilia adorning the walls for Guests to admire as they head to the elevators that will take them to their next stop: NYC: Above & Beyond on the 80th Floor.

“While the views from the 86th Floor Observatory are world-famous, the Empire State Building has a rich history filled with exciting events and innovative projects that we are now able to share via our new second-floor exhibits,” said Anthony E. Malkin, Chairman and CEO of Empire State Realty Trust. “We began in August 2018 with the relocation of our Observatory entrance to 34th Street, and now our new galleries on the second floor give our visitors the chance to learn and engage with the iconic authenticity that only the Empire State Building, unique not just in New York City, but in the world, can provide.  With the expertise of our design partners, these new galleries will engage visitors in unprecedented ways.”

Stay connected on social via #ESBReimagined. To plan your visit and to purchase tickets, please visit www.empirestatebuilding.com

Have you heard about 'forest bathing'? – It's a simple leisurely activity that gives a number of benefits to your body and soul, requiring only a nice pair of shoes and a right place. In Japan, there is a practice called 'shinrin-yoku', literally meaning 'forest bathing', which is different from hiking or physical exercise as you will have to leave out the challenge to conquer the top of mountain or the aim to burn calories – just connect with your nature and your own soul at your own pace. To do the forest bathing, you should leave your phone and camera behind in order not to be distracted. As you arrive at the forest, you can simply stroll along the route without forcing yourself to reach anywhere quickly. The key is to lose yourself into the sounds, sights, smells, and feelings you discover along the way. Aside from calming effects the act can give, you may be surprised by the novel beauty that you have always missed out on when you rushed things. There are many studies on the immersion into nature indicating various benefits to our physical and mental health. The act can help preventing cancers and other disease, reducing stress, anxiety, depression, and sleeplessness, and indisputably joyful for the soul. The magical province of Krabi does not only offer a glamourous seascape and aquatic funs, but there is also a lesser-known hiking trail: Khao Ngon Nak National Park, which is an ideal spot to relish in forest bathing. Also known as the 'Dragon Crest Hill', the protected mountain remains unspoiled, boasting its lush forest, together with unpolluted streams and falls. On top of the mountain is one of the most mesmerising viewpoints overlooking pristine Andaman Sea dotted with limestone island, which is a vista unique to Krabi. At five-star Banyan Tree Krabi, not only you can enjoy its top notch facilities like a private pool, luxurious spa treatments, vast front yard by the sea, and tasty delicacies, but you can also take a walk into the forest on the Dragon Crest Hill right from your villa, since the start of the hiking trail is at the back of the resort. As previously stated, you don't need to force yourself to reach anywhere, but if you make it to the top (taking around 2 hours per trip), it's completely rewarding. If you don't have enough time to complete the whole route, there is also a viewpoint along the way to relieve your weariness before getting back down. To step up the sense of wellbeing, in months ahead, the resort will be ready to launch Wellness Sanctuaries that combine club floors or resort wings, dedicated dining and spa options into one exclusive journey, as well as personalised programs for guests based on their '8 Pillars' principle (good sleep, good diet, interaction, intimacy, physical vitality, cultivating the mind, learning and development, harmony with nature, and sustained practices). For more details and to book your stay, visit www.banyantree.com/en/thailand/krabi 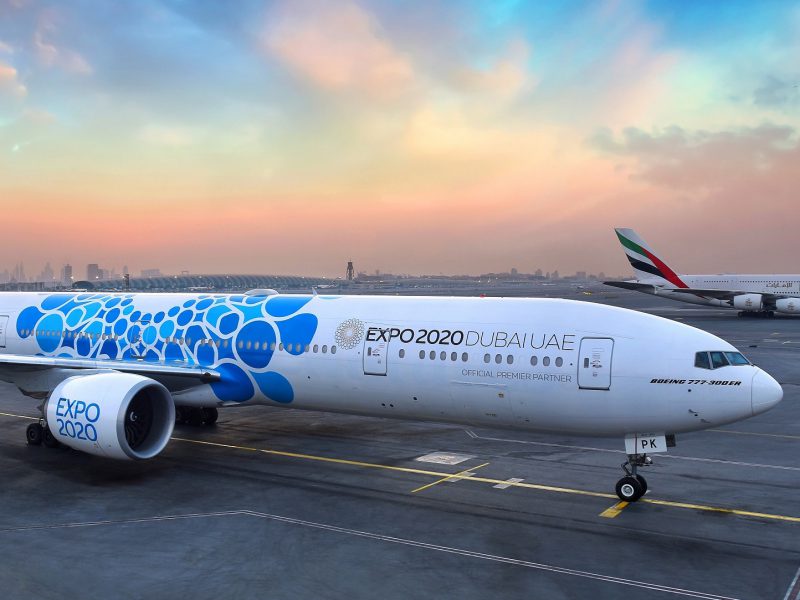 Exclusive for Emirates flyers, for those who wish to fly from Thailand to experience the mega event 'Dubai Expo 2020', the first World Expo ever to be hosted in the Middle East, Africa and South Asia region, showcasing the best innovations of each participating countries, inviting people from across the globe to share ideas with one another towards building a better future. Emirates customers visiting Dubai, and travelling through Dubai, anytime during the much-awaited event running from 1 October 2021 - 31 March 2022, will be eligible to receive a free Emirates Expo Day Pass for every flight ticket booked with Emirates. The offer is applicable to tickets purchased in First Class, Business Class and Economy Class and extends to tickets booked through Emirates for flights on flydubai and customers travelling to anywhere on Emirates’ global network with a connection time of at least 6 hours in Dubai. One-way ticket holders whose journey originates outside the UAE are entitled to receive the complimentary Expo Day Pass if travelling to Dubai or onwards to other destinations if the minimum connection time is met. For more information on this promotion, please visit www.emirates.com/th/thai/discover-dubai/expo-2020 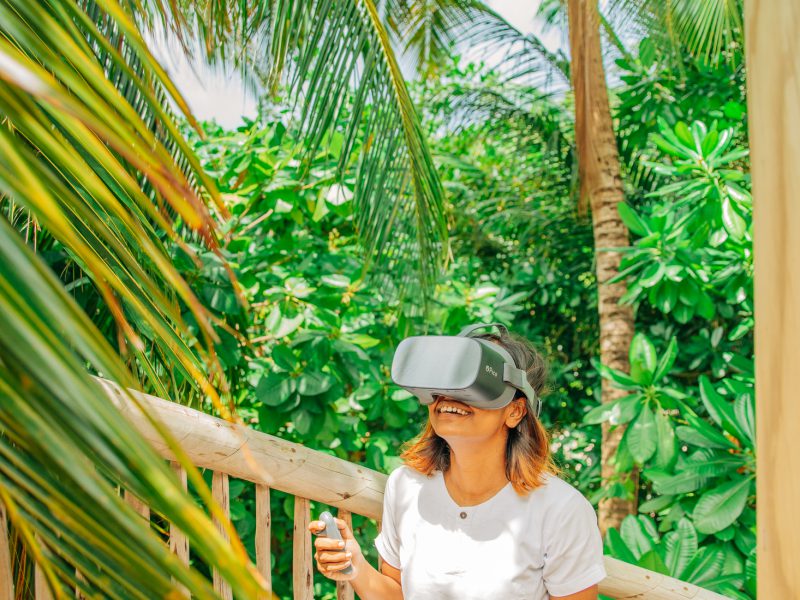 VR Travel: Immerse in the Virtual Experience of Soneva Fushi

To allow you to experience the glamour of the slice of heaven from anywhere, Soneva Fushi, world-famous luxury eco-friendly resort in the Maldives, has recently launched its new Virtual Reality experience. Whether you own a VR headset or not, you can enjoy the stunning vistas and soul-soothing experiences the resort has to offer. The curated VR series lets you indulge in Soneva Fushi's unparalleled charms, focusing on a number of key areas, including the brand's story to becoming a world-leading destination; the new over-water Soneva Fushi Water Retreats; yachting with Soneva in Aqua across the pristine Indian Ocean from Soneva Fushi and Soneva Jani; children's dream playground, The Den; the grand Famiy Villas featuring vast private spaces, private pool, gym, and more; as well as The Complete Resort Tour. To enjoy the VR travel, check out these links: Soneva Resort Tour The Den Soneva in Aqua Soneva Fushi Family Villas Soneva Fushi Water Retreats 25 Years of Soneva To find out more about Soneva, visit www.soneva.com