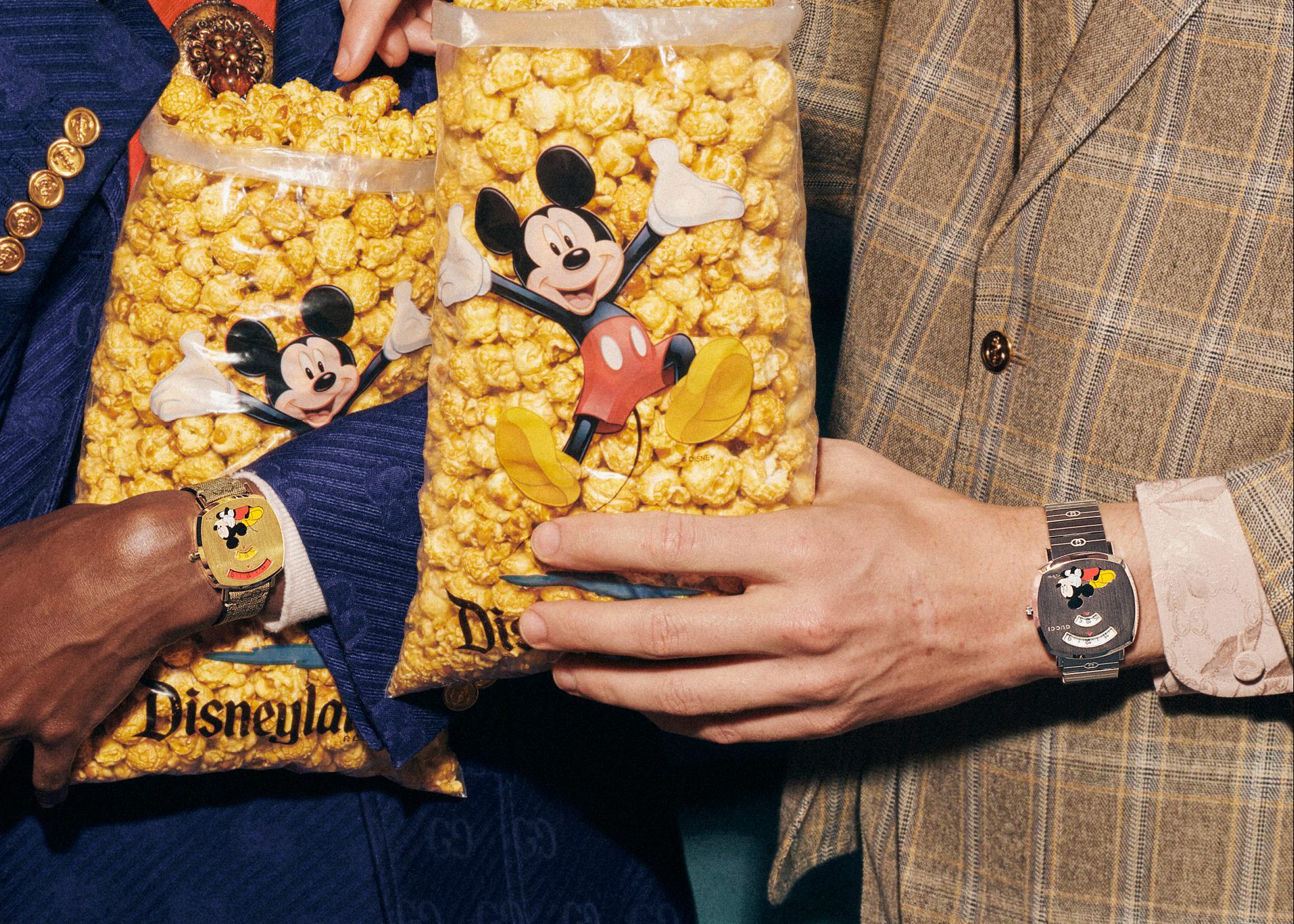 In honour of the upcoming Chinese zodiac year of the rat, Gucci has created two new Grip watches showing Mickey Mouse on the dial. The Disney character’s eyes are also visible in the dark thanks to the use of Luminova. Both timepieces reflect the signature look of the Grip line, with a streamlined silhouette and two windows on the dial indicating the hour and minute. 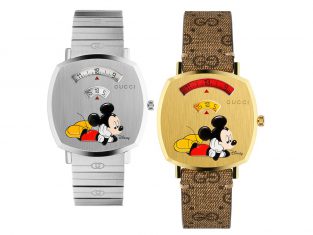 The 35mm edition brings together a yellow gold PVD case and a GG Supreme canvas strap, while the 38mm version is crafted in steel with the GG logo engraved on the bracelet. The Grip watch is inspired by the world of skateboarding. It fits snugly around the wrist, much like sneakers stick to the grip tape on a skateboard. 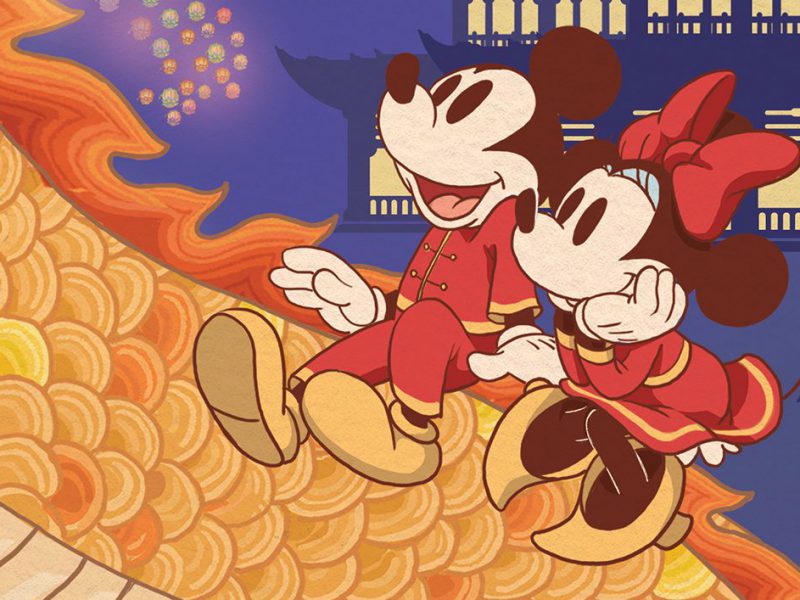 Ever wondered if you’d one day be able to find the music of your favourite talking animals, courageous princesses, and adventurous superheroes all in one place? With Spotify’s new Disney Hub you can find all that—and more—right from the search bar. Dreams really do come true. The Disney Hub has launched in Singapore, Hong Kong, Taiwan, Indonesia, Philippines, Thailand, Vietnam, and Malaysia. Users can search “Disney” on Spotify to find a designated hub for the music behind some of their favorite Disney movies and TV shows. Stream playlists full of everything from The Little Mermaid to modern favorites like Frozen, to Star Wars instrumentals, and even Marvel movie soundtracks. Plus, Disney compilations made for every part of your day—road trip, shower, or sleep time—will help ensure your life is nothing short of magical. So don your Mickey Mouse ears and get ready to listen to some of the Disney playlists on the new hub. 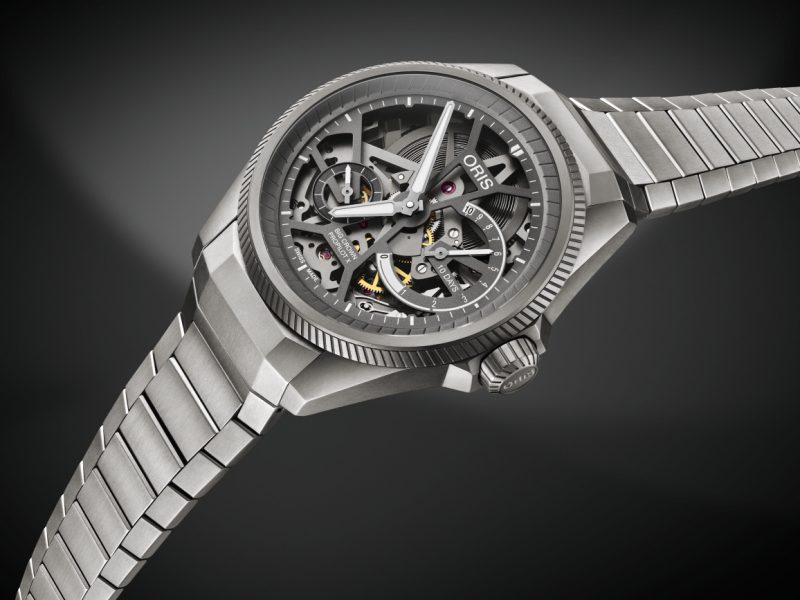 Oris’s latest watch powered by an in-house developed calibre is a landmark design. The skeletonised Calibre 115 movement opens up the 10-day power reserve and non-linear power reserve indicator to reveal how they work. It’s a contemporary take on luxury that highlights the eternal value of a beautifully crafted Swiss Made mechanical watch. Oris’s Senior Product Design Engineer, Lukas Bühlmann was telling us how everything came together. What was the design brief behind the Big Crown ProPilot X Calibre 115? Ultimately, the brief was to propel Oris Aviation watches into the next generation. We made pilot’s watches for American servicemen in the Second World War. But what does a contemporary, luxury Oris pilot’s watch look like? What were the biggest obstacles to delivering that brief? One of the hardest things was figuring out how to maintain the balance between the formal language of the case and the movement. In other words, how do you design a modern watch that is not a fashion watch? We wanted to create something contemporary that would retain its relevance as fashions change. Where did you look for inspiration? Aviation and architecture. The idea behind the watch started with the movement, and we gave this a strong architectural look. The skeletonised barrel draws your eye first and then the bridges, and then you start seeing the detail in the wheels.The case is more like a stealth plane. There’s an exciting interplay between the movement and the static elements. There’s a futuristic quality to the design – is that deliberate? I wouldn’t call it futuristic, but it is a future-driven design. Oris has a long pilot’s watch history and you can see that in the design, which is important. It also shows Oris’s competence, and the long-term value of a beautifully designed and manufactured mechanical object. Do you think of this as a pilot’s watch? It’s certainly not a conventional pilot’s watch. For example, this is the first Oris pilot’s watch without any numerals on the dial. But the aviation DNA is still there in the details. We used titanium for the case, for example, because it’s very light. What really makes this a pilot’s watch is its technical look. Technology is the driving force behind aviation today. What design considerations are there with a skeletonised watch? First and foremost is technical feasibility. This is a designer’s constant companion during the design process. The design and the functionality have to work together. Furthermore, you have to think on several levels at the same time, so that when all the components come together, you get the design you set out to create. Overall, because of these considerations, the job takes longer, too. Sometimes, those considerations must create problems? Yes, of course. Sometimes you want to design something one way, but you quickly realise that it’s not technically feasible. It’s about adapting. The better you understand the design philosophy, the quicker you’ll find solutions. What does this watch say about Oris’s take on luxury? The truth is that for Oris, luxury is about being able to go your own way. That’s why it’s our strapline. In

Gucci unveiled its latest timepieces and jewelry novelties in Bangkok, Thailand, at the Siam Paragon Watch Expo. The special presentation opens its doors to visitors from now until August 7th, 2019. The overall design concept brings together dusty blue blocks of color to place the latest watches and jewelry firmly in the spotlight, enabling their beauty and stories to shine. The counters, wallpaper, and carpet are all adorned with this distinctive yet timeless shade of blue, offset by elegant pale pink and pistachio tower displays and touches of tactile jewel-tone velvet. Sharp black lines, discreet steel studs, shining curved glass surfaces, and illuminated logos add a modern touch. On displays are the most recent watch and jewelry lines and novelties from Gucci Timepieces & Jewelry. The new models include: new creative combination of the G-Timeless watch and a playful Gucci Strawberry print, a bold new look for the G-Timeless Automatic line as well as characterful jewelry from Fine and Silver collections.