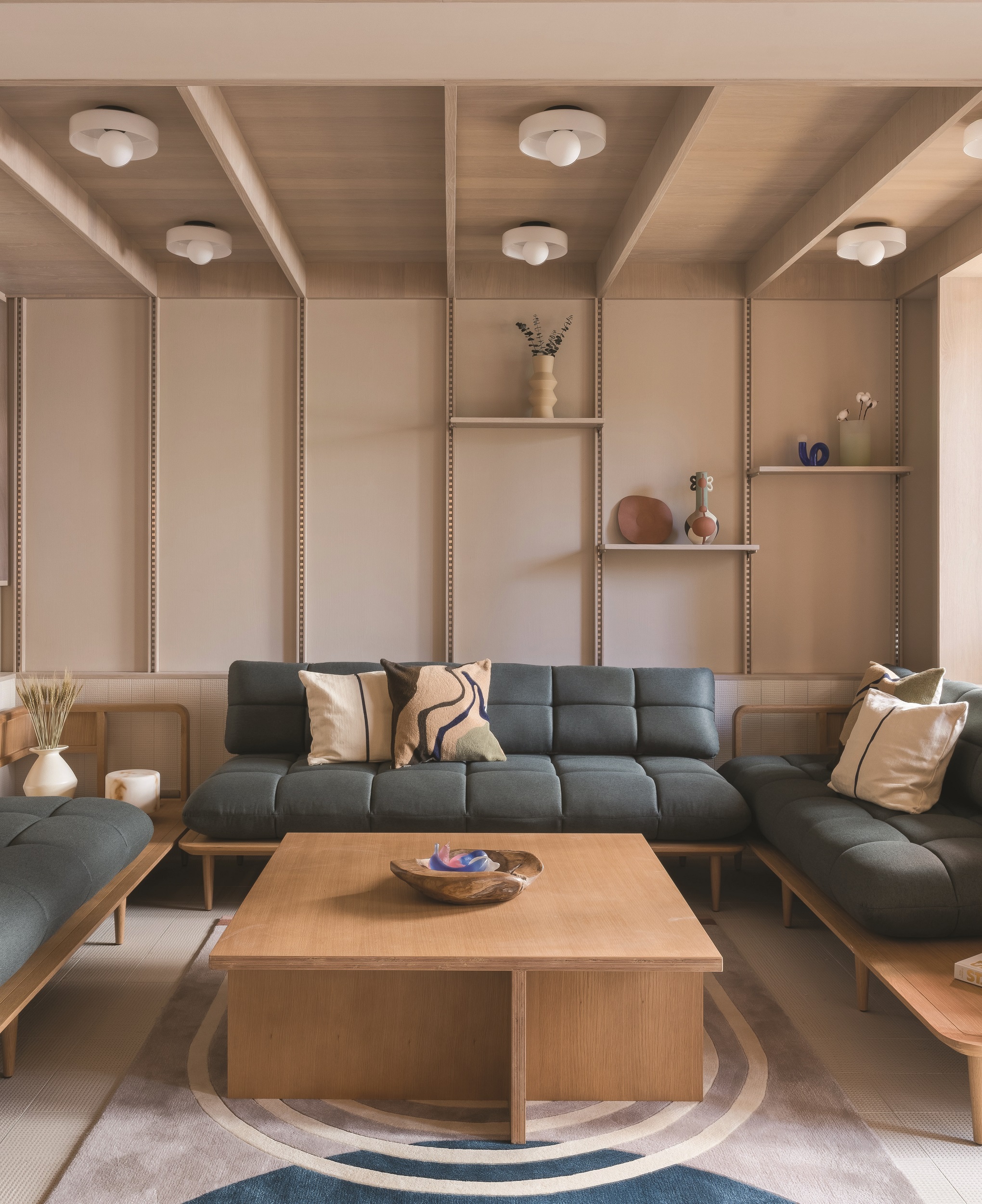 Designed for travellers of younger generations, Ying’nFlo, an upper midscale hospitality brand capturing the dashing spirit of of Millennials and GenZ excursionists, has been officially launched in Wanchai, Hong Kong, marking Langham’s Hospitality Group‘s 20th anniversary, with more hotels in various cities in its roadmap. 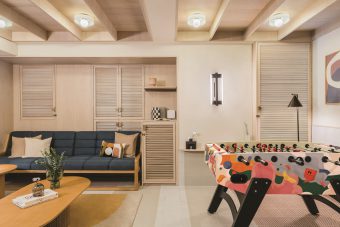 Ying’nFlo is designed as a place which feels like a friend’s apartment, but better, with spaces that invites people to connect and recreate in style, focusing on state-of-the-art design, arts and music, as well as facilities that brilliantly meet the needs of young travellers.

Brett Butcher, Chief Executive Officer, Langham Hospitality Group said “Ying’nFlo is a bold colourful canvas for the younger urban travellers, at an affordable price. It’s a smart guest experience for a generation that has grown up with digital. The concept combines simple stylish design with brilliant basics which are efficiently executed with a strong social vibe.” 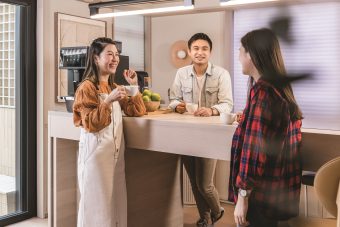 “We will locate Ying’nFlo in destinations where our guests want to travel. These locations would be the front door to cultural, entertainment and tech hub districts,” he added. “There is a strong opportunity to grow Ying’nFlo in Asia-Pacific and beyond where 50% of the population are millennials or GenZers.”

For more information on the Ying’nFlo (Hong Kong), visit yingnflo.com 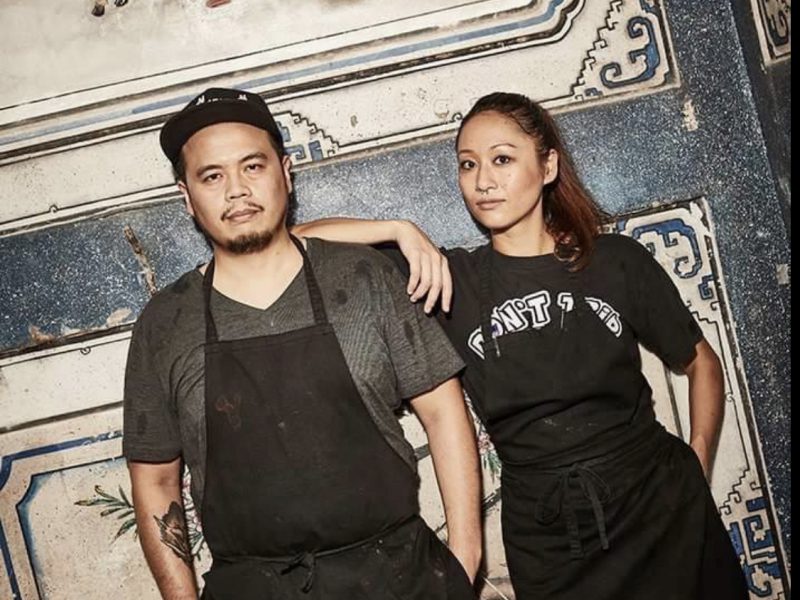 Kimpton Kitalay Samui invites you to join the celebration of the resort's first anniversary with a series of exclusive pop-up event, featuring a seven-course dining experience by Thailand's acclaimed culinary talents, Chef Napol 'Joe' Jantraget and Chef Saki Hoshinowhich form Samlor in Bangkok, which will take place on 25 and 26 November at BoHo Thai Lifestyle Café. Highlights of delectable creations include 'Marinated Local Fish Crudo' with citrus vinaigrette & chili oil; 'Curry Crab Chawanmushi' with local beans and fermented chili; and 'Grilled Wagyu Striploin' with glazed oyster, baked rice and kale.The special dining experience is priced at THB 2,500 per person, with optional wine pairing at THB 1,800++ per person. Advance reservations are recommended, which can be made at +66 (0) 77 951 999, kimptonkitalay.info@ihg.com or kimptonkitalaysamui.com 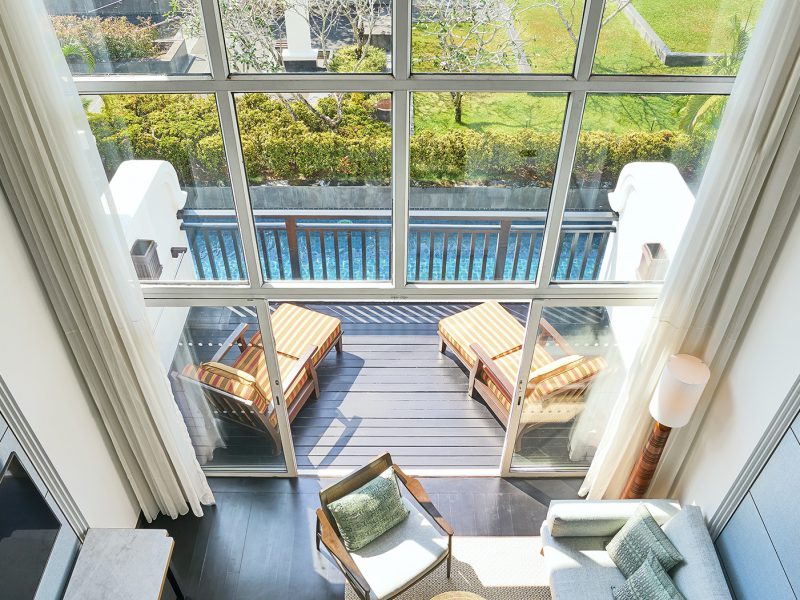 JW Marriott Khao Lak Resort & Spa has officially unveiled the new face of the resort, with 127 additional rooms and villas, and new dining, recreational, and event facilities to become a stunning 'destination within a destination'. Situated by the long stretch of soft sands of Khuk Khak Beach in Khao Lak, Phang Nga province, JW Marriott Khao Lak Resort & Spa now features a total of 420 spacious rooms, suites, and villas, including new Lagoon Pool View Rooms, Deluxe Lagoon Pool Access Rooms, Family Pool Access Studios, One-Bedroom Villas and a Two-Bedroom Villa, plus the debut of JW Marriott Khao Lak Resort Suites, an exclusive collection of 52 stylish two-bedroom suites. More additions encompass the Aqua Play Zone with a wave pool, fountain trampoline, a big a waterslide and outdoor playground setting along the 2.4 km lagoon pool waterway, which is the longest in Southeast Asia; beachfront Drift Beach Bar & Grill serving heavenly Mediterranean cuisine and seafood grills; a brand-new beautiful ballroom that can accommodate up to 810 people, being the largest in southern Thailand; JW Garden, where organic fruits and vegetables are cultivated, welcoming guests to enjoy a family picnic amidst fragrant herbs and flowers; and more to come! "We are delighted to be unveiling the reimagined JW Marriott Khao Lak Resort & Spa today. There is high demand for fully-integrated, beachfront resort experiences in Thailand from around the world and we are positioned to deliver this across multiple segments and market sectors. I believe Khao Lak is ready and I believe the destination will become one of Thailand’s leading leisure tourism and MICE hubs in the years to come," said Abhimanyu Singh, General Manager, JW Marriott Khao Lak Resort & Spa.  To find out more about experiences at JW Marriott Khao Lak Resort & Spa, please visit www.jwmarriottkhaolak.com 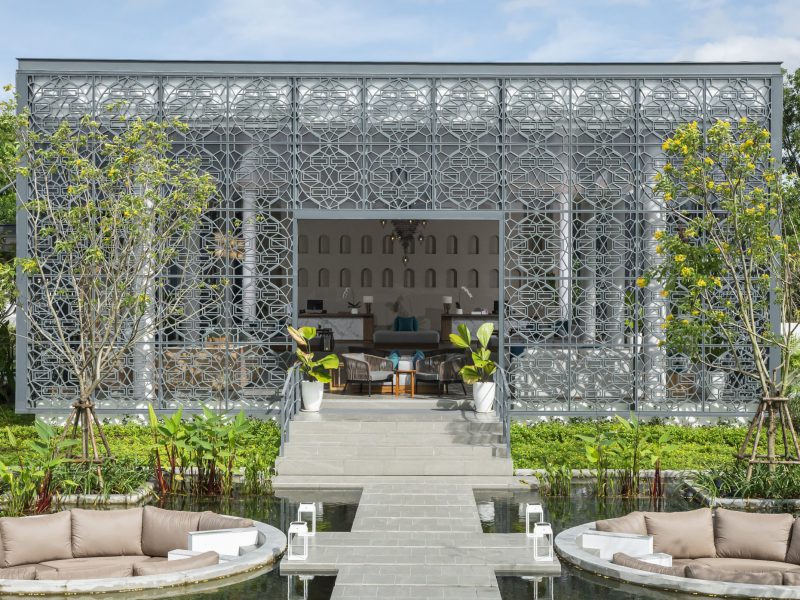 Meliá Phuket Mai Khao is one of Phuket’s beautiful places to stay, offering tranquility amidst a delightful design that blends effortlessly into the natural island surroundings.   SETTING THE SCENE As Mai Khao Beach is a protected area, crowds are not a thing here. Meliá Phuket Mai Khao is a tranquil getaway set amidst tropical island greenery offering wellness-inspired facilities and satisfying dining options. Whether you are at the lobby, in a spa treatment room or strolling along the walkways, you will enjoy spaciousness and be able to admire the tropical island greenery. To drench yourself in summertime delight, there are two good-sized swimming pools, one situated on the beachfront lawn with private pavilions dotted around. If you are fond of watching sunsets the poolside pavilions will become your very favourite spot, as you can overlook the sun setting over the sea from them. Another popular spot is the leafy lawn by the beach, where you can enjoy wellness-inspired activities such as yoga at dawn and unwinding in peace at dusk.   GETTING COMFORTABLE The beachfront resort comprises of 30 suites and 40 villas, all of which are remarkably spacious. In addition, 15 of the villas are wellness-oriented with compelling add-ons such as a vitamin-C shower, ultrasonic essential oil diffuser, GermGuardian air purifier, and Tempur-Pedic pillows. The interior design focuses on clean lines and mellow palettes with Mediterranean touches, and with the spacious bedroom and outdoor lounging area of my villa, I am ecstatic to have all these for my stay at Meliá Phuket Mai Khao.   DINING OPTIONS The culinary team here is led by Italian Chef Luca Mancini, who has lived in Thailand for over a decade. He knows Mediterranean and Thai flavours so well and has create a marvellous menu with both cuisines. All-day SASA serves up flavoursome Thai and international dishes in a gorgeous indoor setting, while alfresco GAIA Beach Club indulges playful souls with Mediterranean-inspired casual dining as well as tasty cocktails. Dishes here are mainly made with locally-sourced ingredients and there are also a number of healthful options available.   WHY I’D RETURN I find this resort offers the right balance between selfcare and having fun ─ I can opt for wellness activities all day long, and then unwind with a delicious, refreshing cocktail in hand by the pool followed by a good meal. In addition, there is something about the air here that makes me feel invigorated all day long.   ONE OR TWO QUIBBLES… As the resort places an emphasis on relaxation there is no work station in the guestrooms, and that may be a bit inconvenient for those who do need to spend some time doing work.   MELIÁ PHUKET MAI KHAO 233 Moo 3, Mai Khao, Thalang, 83110 Phuket T. +66 (0) 76 563 550 E. info@meliaphuketmaikhao.com W. www.melia.com/en/hotels/thailand/phuket/melia-phuket-mai-khao FB. @meliaphuketmaikhao     Text by Pakvipa Rimdusit