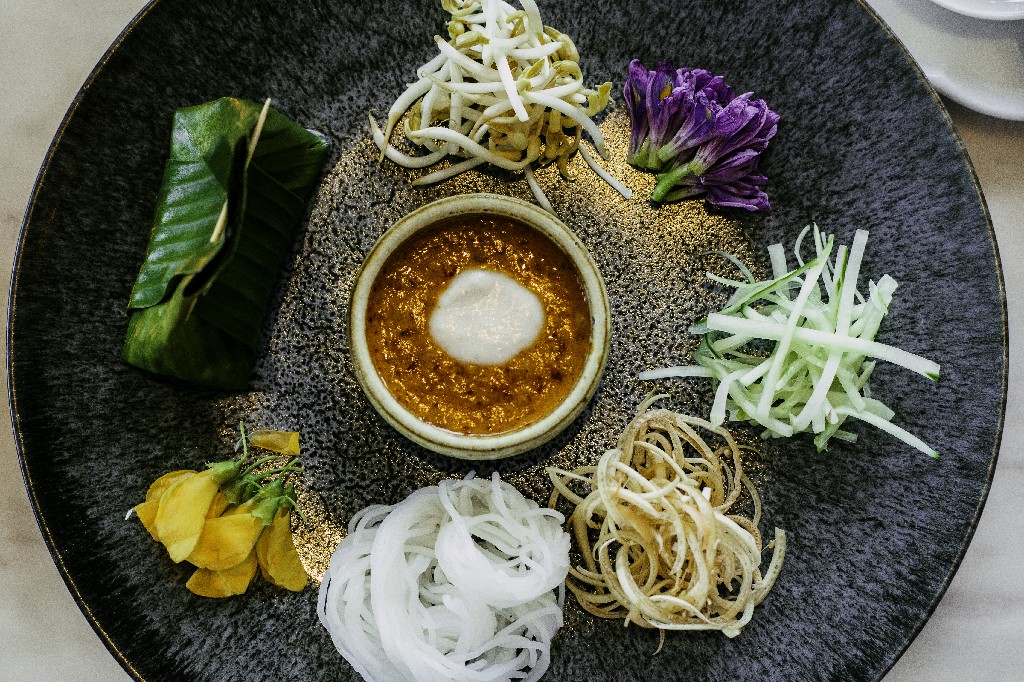 One of the most recognisable features of Phnom Penh city is the trace of Colonial influences intermingling with Cambodian ambience and young skyscrapers. The French influence that lives on from Cambodia’s so-far-gone history is so palpable in Phnom Penh, especially in its dining scene. 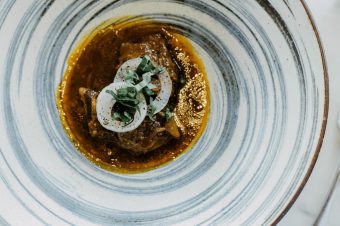 In Phnom Penh, a multitude of French diners are at hand if you want to try some, and many of them serves authentic French taste. On the Okha Ket Street, Bouchon Wine Bar is a colonial house with homemade French cuisine in the cosiest setting, serving different dishes from day to night. Apart from choices of wines, its home-made Rose Sangria is a must-try. There are a lot more places to have it the French way, but Bouchon Wine Bar is one of the best ones downtown. 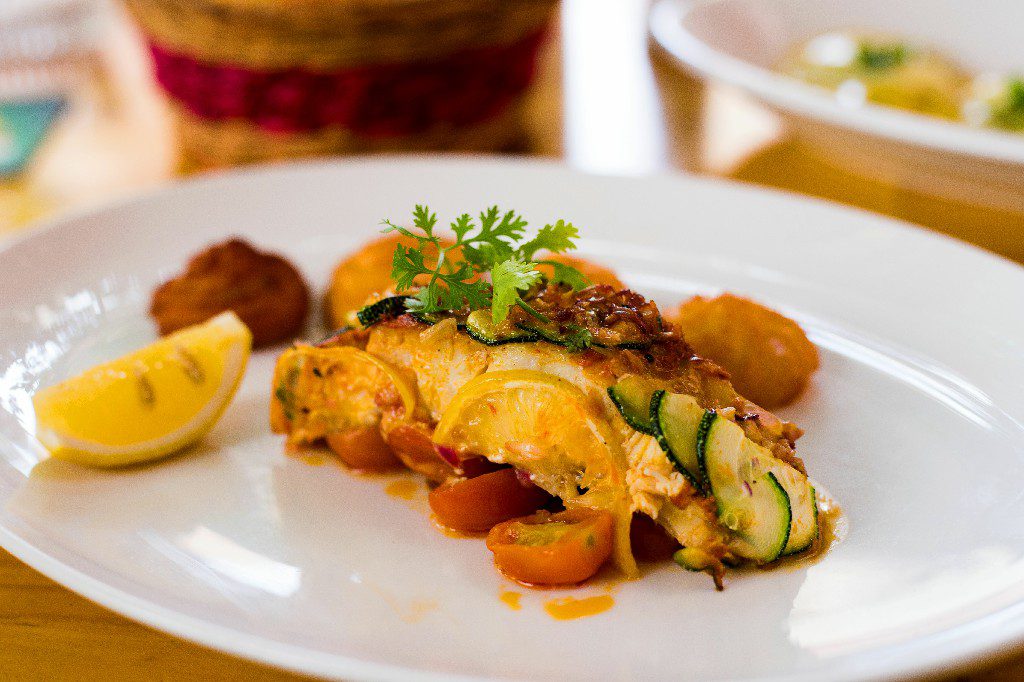 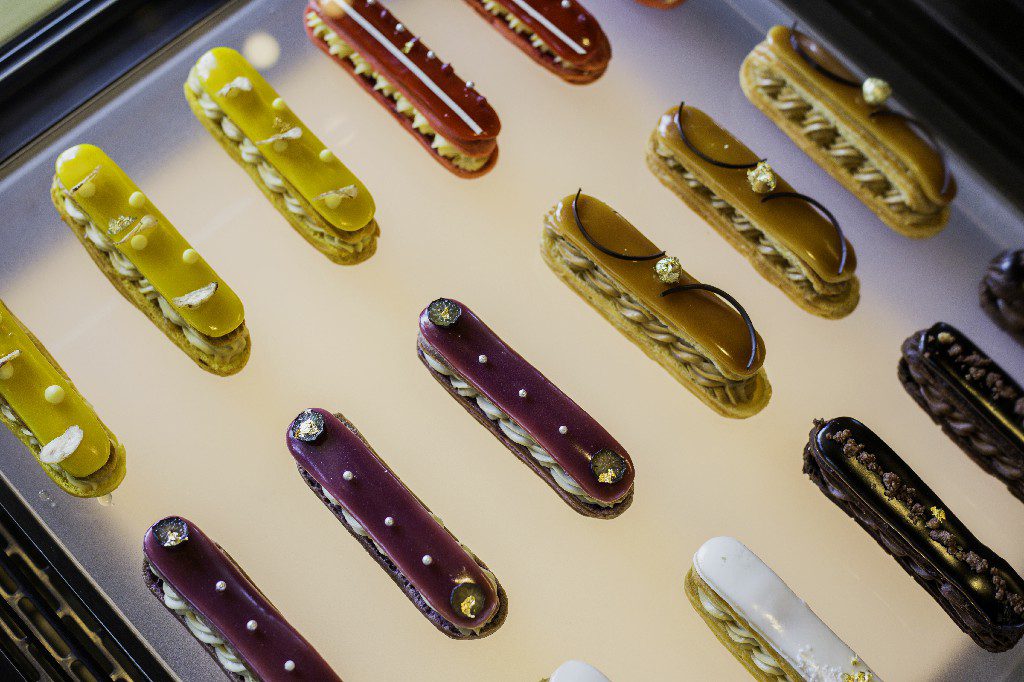 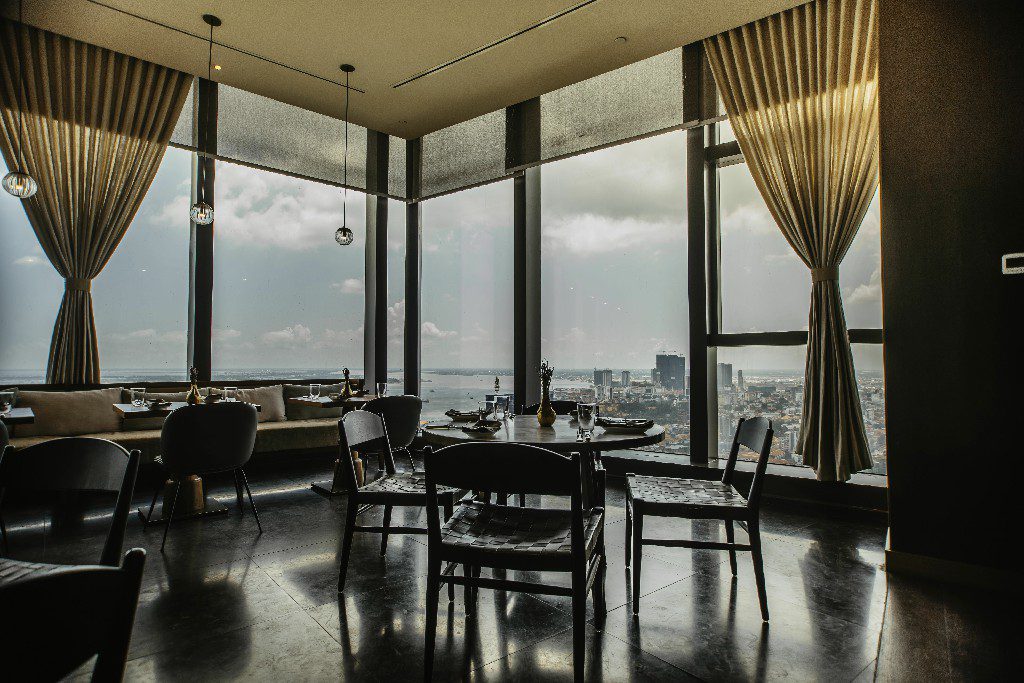 Vegans and health aficionados are going to love it in Phnom Penh, as the city is bustling with scrumptious vegan-friendly dishes and healthy bowls.

To grab some, Eleven One BKK1 is a house in a verdant garden with a myriad of health- and environmentally-friendly choices made from local produces and with zero MSG. Popular is the one-off Amok Burger and Khmer Beef Steak. 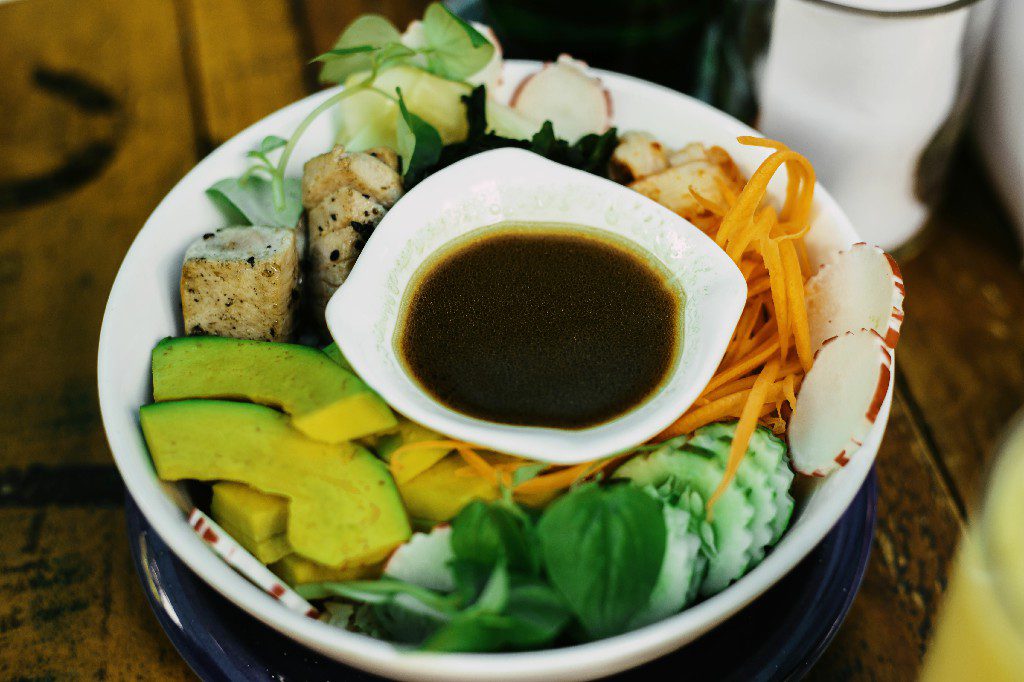 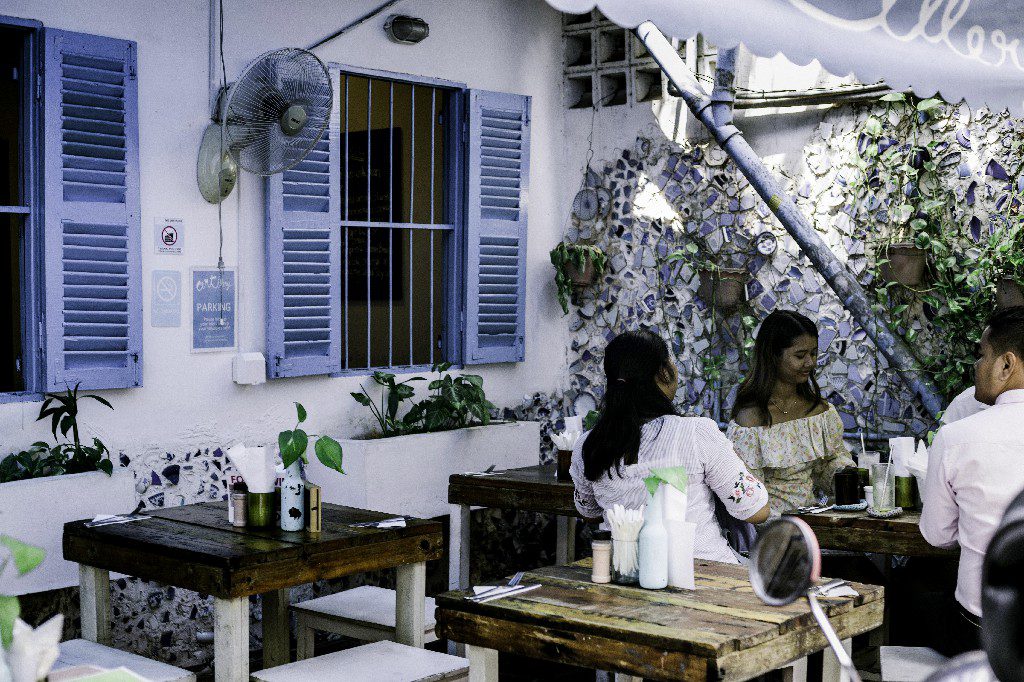 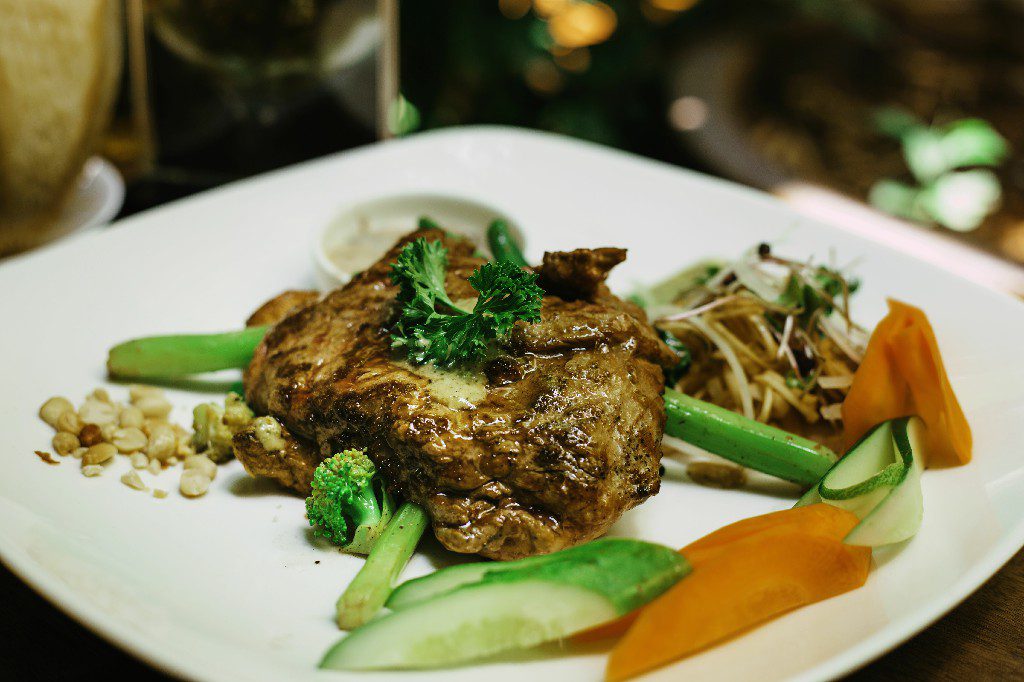 There is an out-of-the-ordinary alley hidden in the city, and it is the Street 240 ½. The alley is home to artsy venues and fascinating street art, as well as the fantastic ARTillery Café. On the menu for this easy-going café are creative healthy choices, which can be the ideal breakfast to have on a regular basis. Its Poke Bowl fills up the stomach so well and tastes great. Its smoothies and superfood dishes are also worth loving.

Aside from the aforementioned spots, vegan and healthy options are available at many restaurants and cafés, so don’t worry about your health plan once you are in Phnom Penh.

As previously stated, with the Western influences, wines and cocktails can be commonly found at most restaurants. For the ultimate drinkable experience, recommended is Sora Sky Bar at Rosewood Phnom Penh. Even though it is famous for its unbeatable views from the 37th floor, especially during sunset, its drinks are indeed second to none. With highly-skilled bartenders, whether you want to sip classics, signatures, or tailor-made glasses, you are sure to be elated. Rare whiskies are also its strong suit. 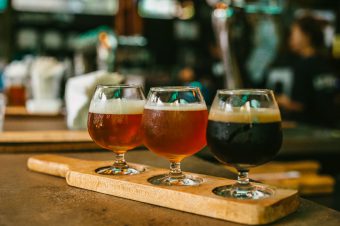 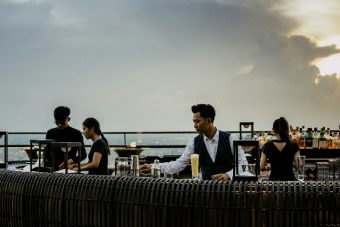 In Phnom Penh, with big and microbreweries on site, the craft beer scene is also huge in the city. You can explore local and world-class brands of beer at very affordable prices. Botanico is where you can hide in the garden and savour a variation of beers on a long table. Foods served at Botanico are impeccable matches with cooling beers. Another great venue to enjoy craft beers in a very friendly atmosphere is Embargo, which can easily become your next favourite bar in Phnom Penh.

Some people may find Khmer dishes the replicas of Thai or Vietnamese, and most of the time, people don’t know that much about Cambodian foods. Even though common dishes like Fish Amok, Lok Lak, Phrahok, or Khroeng are available at most Khmer restaurants, it’s a rare occasion that you find these things outside of Cambodia. But, once you get to know more about Cambodian cuisine, your perception towards the country’s food scene will never be the same. 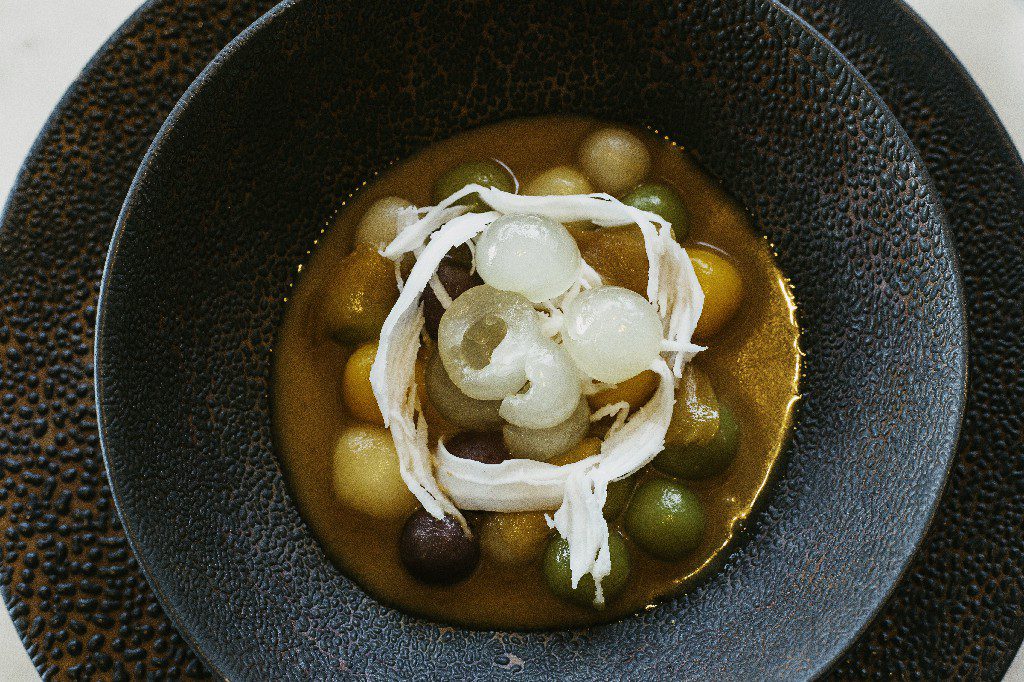 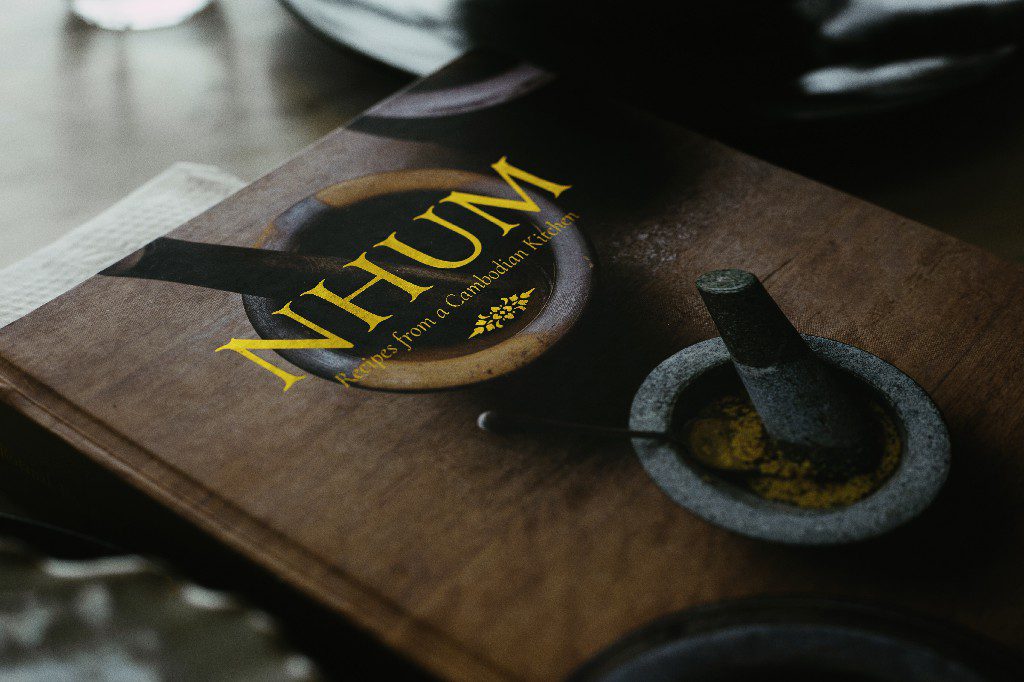 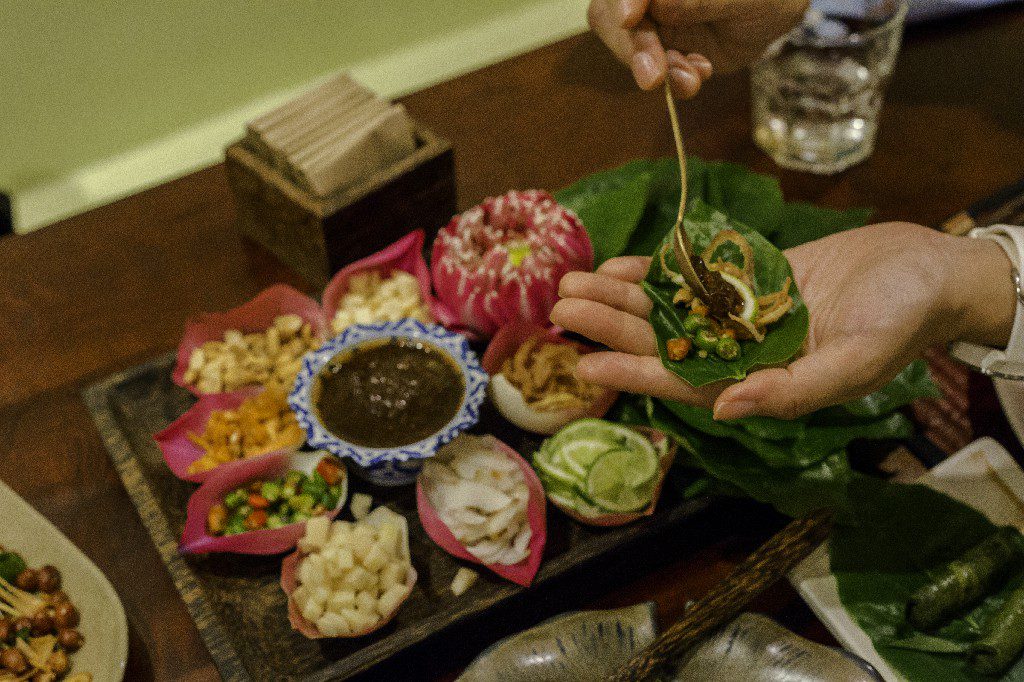 Rotanak Ros or “Chef Nak” advocates her time to passionately unfolding traditional Khmer recipes and to make the best use of local ingredients. Through her famous “Rotanak” house; “Mahope” Home Dining Experience; her appearances on TV shows; and her books, Chef Nak has successfully propelled the beauty of Khmer cuisine to the eyes of global food connoisseurs, and has brought many lost recipes back to life. In addition to the previously mentioned works of hers, recently Chef Nak started breathing life into recipes on her treasured “nhum – Recipes from a Khmer Home Kitchen” cookbook at Brasserie Louis.

Kravanh is one of the best places to have true, flavourful Cambodian tastes through its high-standard home-style cooking. On the menu are Cambodian favourites and other tasty surprises.

Please note that if you want to explore Cambodian street foods, be prepared to be perplexed, as their flavours may not be familiar to your taste buds. 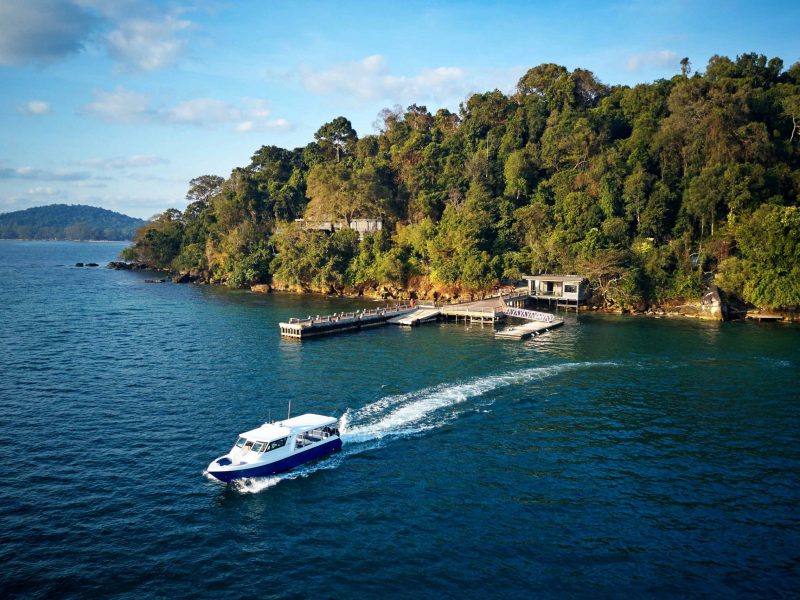 A STRING OF ISLANDS: CAMBODIA’S PEARL OF THE SEA

FROM KOH CHANG IN THAILAND TO PHU QUOC IN VIETNAM, A STRING OF ISLANDS HUGS THE COAST – AND MOST OF THEM ARE CAMBODIA’S, SITTING OFFSHORE OF THE KINGDOM’S 440 KILOMETRES OF TWISTING AND TURNING COASTLINE – THE PEARLS OF THE CAMBODIAN SEASHORES The beauty of these islands is that most of them are undeveloped, with wild beaches and just a few simple backpacker huts if you want to stay a while – or no huts at all, just you and nature. Perfect for day trips, or pitching a tent in paradise. Then there are two big islands – Koh Rong and Koh Rong Samloem – which have a whole range of accommodation along their super-long beaches, with dense jungle interiors. Lastly, for those with fat wallets, there are three private islands blessed with fabulous luxury resorts. Well and truly off the map at the turn of the century, Cambodia’s islands now have something for everybody, from just a hammock in the trees, to a wooden chalet with a balcony, through to an exclusive villa with your own pool. Numbering no less than 60, the islands lack roads, ATMs or mains electricity, but boast a host of bars, restaurants and dive shops, plus endless beaches, azure seas and an escapist, easy-going vibe. Controversially, some islands have been leased to developers for large-scale resort building, so who knows how long this away-from-itall tranquillity will exist? Already the charm of the first of Cambodia’s beach hubs, the seaside town of Sihanoukville, has been smashed and annihilated by manic development. In just the last few years, what was a laid-back beach town has become a grotesque casino city for Chinese gamblers, its former backpacker haunts left to rot. That means right now is the time to enjoy the Cambodian islands, while they are still treasures possessing a serenity not easily found elsewhere in Southeast Asia. Let’s check them out. THE NORTHERN GROUP KOH KONG KOAH If you’re coming from Thailand by land – not a bad idea at all, entering Cambodia from Trat province – then the first big island is Koh Kong Koah, which is in fact Cambodia’s largest island. However, it has a strong military presence, so access is tightly controlled and you must visit on a guided boat tour out of Koh Kong town or Tatai costing USD21 per person, including lunch and snorkelling equipment, or you can take overnight trips with beach camping or homestay for USD55. These trips only operate from October to May and it’s forbidden to explore the forested interior. Seven beaches are strung along the western coast, lined with coconut palms and lush vegetation. At the sixth beach from the north, a narrow channel leads to a hidden lagoon. KOH S’DACH ARCHIPELAGO KOH S’DACH Twelve small islands form the Koh S’Dach Archipelago, located offshore midway between the Thai border and the coastal city of Sihanoukville. Just two kilometres long, Koh S’Dach is the only island with a sizeable population, about 2,300, and it buzzes with fishing boats and an ice factory as the economic heart of the archipelago. The beaches